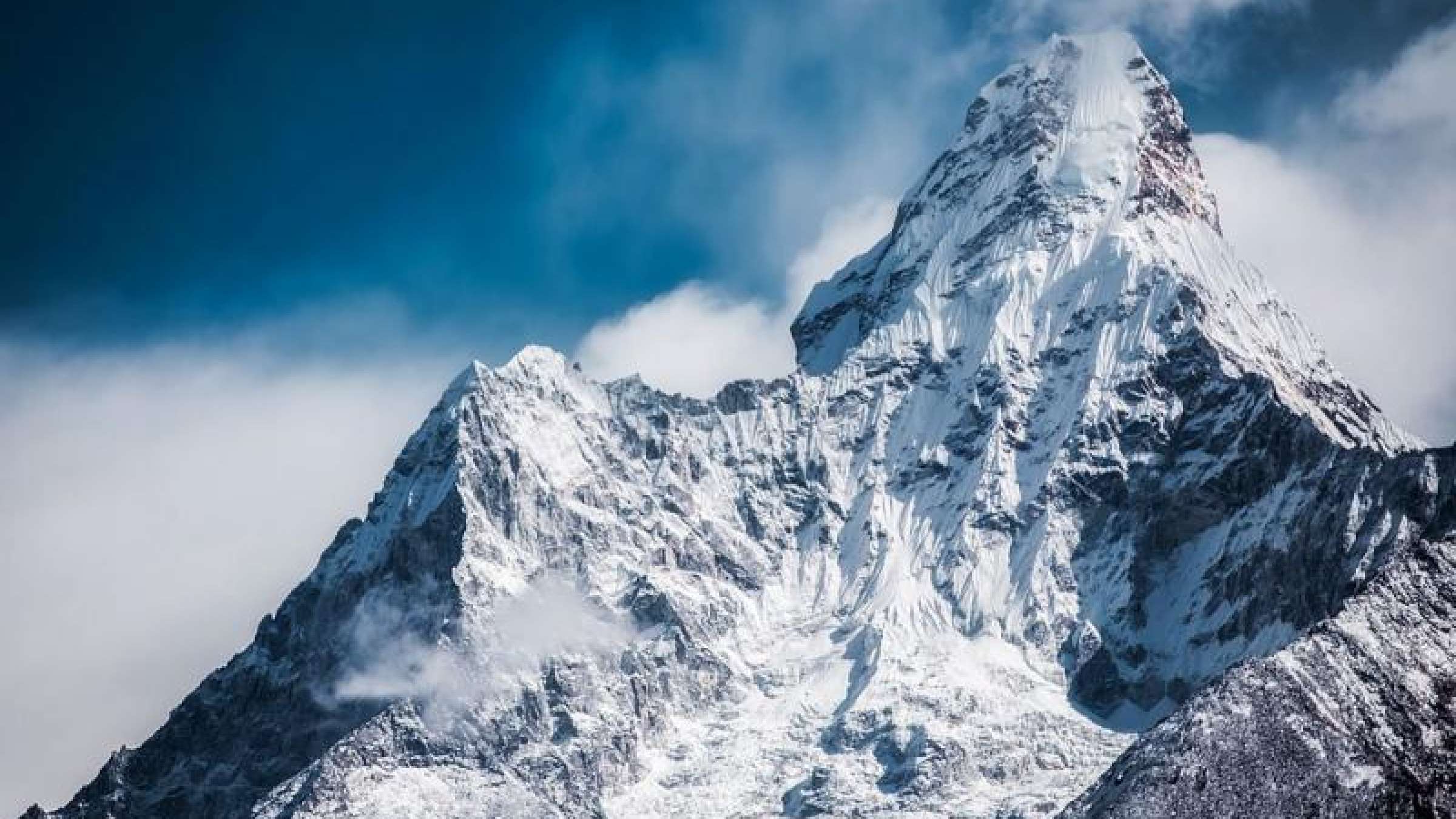 With retreating glaciers, melting permafrost and extreme rainfall events, a recent report suggests that the countries of the Hindu Kush Himalayas have to start cooperating far more closely, or pay a huge price

Water in the Hindu Kush Himalayan (HKH) region is going through large and dramatic changes, caused by both climate change and human intervention, and the countries around it are unprepared for it. The stark message of the Hindu Kush Himalayan Monitoring and Assessment Programme (HIMAP), the most comprehensive analysis of what is happening in the HKH region, is one that concerns agriculture, hydropower, inland waterways, jobs, urbanisation, and international relations – some of the most sensitive and important issues in the region. These effects are complex, and will impact different regions differently, but some are already visible.

Glacier retreat (and some advance) in the face of climate change will make the fragile mountains more prone to natural disasters such as landslides, and will make the impact of other natural disasters, such as earthquakes, far greater. Variations in rainfall will continue to rise, setting in place the possibility of catastrophic flooding, at the same time springs have been reducing their flows in the hills, and this may increase, leading to drought among communities that already have higher-than-national-average rates of poverty.

The HKH region is bounded by eight countries – Afghanistan, Pakistan, India, China, Nepal, Bhutan, Bangladesh and Myanmar. The four transboundary river basins connected to the glaciers there – the Indus, Ganga, Brahmaputra and the Mekong – as well as the Yellow and Yangtze exclusively in China support the well-being of nearly 2 billion people. While only about 240 million of these live in the mountains themselves, and will be the most directly affected, the changes foreseen will affect all these countries massively, especially if mechanisms of transboundary cooperation are not implemented.

The key message is that the water flow regime is being impacted by climate change. Temperatures are rising faster in the HKH region than in the rest of the world, and even if the world is able to keep the temperature rise to below 1.5 degrees Celsius, in the HKH region it would translate to at least a rise of 1.8 C, and in some places, above 2.2 C.

The HIMAP report goes some way in specifying how and why. Part of it is due to glacier retreat, although this will have the greatest impact on the Indus, where approximately 80% of the water is contributed by snowmelt and glacier melt. The glaciers in this region are also amongst the ones showing the lowest retreat. But the combination of retreating glaciers and expansion in snow melt, as well as melting permafrost will create a more disturbed system, affecting silt and sediment flow in the region, as well as significantly increasing the chances of Glacial Lake Outburst Floods (GLOFs), and floods.

This will be a critical problem for India and Pakistan, who have both experienced devastating floods in their Himalayan regions, but it will have an immediate impact on Afghanistan, which experienced the worst drought of the century in 2018, primarily due to low snowfall early in the year. With no water-cooperation mechanisms with any country on its borders, Afghanistan will face increasing water uncertainty over the next decades with few tools to address it.

The eastern HKH region will experience the most glacier retreat. These are also the river basins – of the Ganga, Brahmaputra, and Mekong (as well as the Yellow and Yangtze in China) – which are the least reliant on glacier melt and snowmelt on water flow, accounting for less than 10% of the volume of water in the rivers. The hazards will largely be those faced by mountain communities – both of decreasing water during the summer months as well as the potential for landslides, GLOFs, and other related disasters. Given that 240 million people live in the HKH mountain communities, the risk to their lives and livelihoods will increase – both in the western and eastern Himalayas significantly.

The instability of the fragile HKH region – one of the youngest mountain ranges in the world – will also pose a significant risk to hydropower projects. But because water flow in the region is unlikely to decline – and may marginally increase – until 2050 the incentive to build more of them is likely to remain. This is especially so since the HIMAP report states that there is a potential for 500 GW of barely tapped hydropower potential in the region, which is also critically energy-poor. There are large hydropower projects currently being planned in the Indus and Brahmaputra, with China playing an important role in both financing and development, particularly in Pakistan.

The unfortunate reality has been that hydropower projects have very rarely benefited mountain communities themselves. India’s state of Jammu & Kashmir is a key example. One of the largest producers of hydropower in the country, its summer capital, Srinagar, struggles for electricity during the long, bitter winters. Further downstream, hydropower dams along the Teesta have found that they are only financially viable if they are run during select evening hours, thus releasing water for only three or four hours a day, playing havoc on the ecosystem as the riverbed stays dry for most of the day, only to be flooded for a few hours.

The mix of extreme rainfall events, glacier retreat, and permafrost melting, will increase the risks of GLOFs and other natural disasters. As the HIMAP report notes, the disasters in the HKH region build on each other. An earthquake will lead to landslides, which, in turn, will dump debris in rivers, leading to flooding. These will all add significant external risks to both existing, and planned, hydropower projects.

While the HIMAP report mentions some good practices emerging in the hydropower sector – from benefit sharing schemes with local communities to a push for more scientific understanding of environmental flows – these are far from established practice.

The other big infrastructural issue that will be impacted will be India’s ambitious Inland River Waterways project. With depots already being built in Nepal, this is a transboundary project that will involve not just the Indian lowlands, but also Nepal and Bangladesh, who will be key partners. With the risk of extreme weather events, combined with glacial retreat, the amount of debris and silt in the Ganga will rise, disrupting the flow of rivers as well as increasing the amount of dredging needed to keep waterways navigable for large freight carrying ships. “About one-third of the global sediment deposited to the oceans is estimated to be generated from the Tibetan Plateau and its neighbouring regions,” says the HIMAP report. Much of this is due to the fragile nature of the Himalayan range, and the monsoon system. While the former will not change, the number of extreme weather events due to climate change will add to the power of the latter.

In the past – most catastrophically in 2008 – rivers flowing through Nepal to India have radically changed their path due to build-up of silt, breaching embankments, leading to floods that have cost the lives and livelihoods in both countries. As the HIMAP report states, transboundary cooperation between India and Nepal has been marred by suspicion and blame-games. The addition of increased silt and debris into the river system is likely to exacerbate such tensions, unless key cooperation mechanisms evolve.

Water dries up for agriculture

The sector that will be impacted the most by variations in water will be agriculture. Of the eight countries in the region, seven use almost 90% of their water for agriculture (China uses 65%). There are four major sources of this water – the river systems, springs, groundwater, and rain. While the river systems are projected to supply the same amount of water up until 2050 (with maybe some increase), their variability of flow is likely to increase. More problematically the springs in much of the mid-HKH region seem to be drying up. The HIMAP report bluntly states, “Due to factors related to anthropogenic impacts (such as deforestation, grazing, exploitative land use resulting in soil erosion, etc.) and climate change (e.g., highly variable rainfall), springs fed during the monsoon by groundwater or underground aquifers are reported to be drying up and threatening whole ways of life for local communities in most parts of the mid–hills of the HKH.” The mountain regions already suffer from higher poverty rates than the rest of the countries, especially because infrastructure, and with it, access to services, is more costly to build. This will be added pressure on a region which is already deeply food insecure.

In the case of groundwater, again, rain variability will have an impact on the recharge of aquifers on which groundwater is dependent. The cycle of droughts and floods is projected to increase. Given that 95% of owners of electric pumps in India – the largest user of groundwater in the world – are private citizens, it will be a challenge to create a governance regime to manage these private actors at times of scarcity. Rainfall, as already indicated, will become much more irregular. For a region in which almost half the population (except for China) is dependent on agriculture, or agriculture-related, employment, the future looks far from certain.

Lastly the change in water flows, especially lower base flows during the summer months, is likely to strain international relations. The cooperation mechanisms between India and Nepal have not worked well. While the Indus Rivers Treaty between India and Pakistan has stood the test of time, it has become an increasingly testy subject. A repeat of an extreme rainfall event as happened in 2014 in India’s state of Jammu & Kashmir and bordering areas in Pakistan’s Punjab – which led to hundreds of lives lost in both countries, will only increase tensions unless timely data sharing and policies of disaster cooperation are not put in place. India and Bangladesh signed the Ganga River Treaty in 1996, but it is based on a sharing of water that just may not be available in the dry seasons if water levels decline during that time. Furthermore 90% of Bangladesh’s water comes from transboundary rivers. The Ganga River Treaty covers only one – even if it is a major river – and will expire in 2026.

While India and China have no formal cooperation agreements, China does share upstream data on the Brahmaputra with India. The Brahmaputra is unlikely to be impacted by lower water flow from Chinese territory because most of its catchment area lies in India, but it will be subject to destabilisation and floods as glacier retreat, extreme rainfall events, and permafrost melting change impact the region. The two countries will have to develop closer coordination on these issues.

Bhutan and India, which have cooperated closely on Bhutan’s hydropower sector, will have to proactively work on better local communication. The two Indian states downstream of Bhutan – Assam and West Bengal – have blamed Bhutan for lack of information or coordination for flooding. These problems will only escalate in the future if steps are not taken to deal with them now.

All in all the HIMAP report suggests an increasingly turbulent time, and politics, for the South Asian region. It does offer an opportunity – though – of cooperation. The communities of the HKH region are critically stressed, but their hope lies in each other. None of the changes foreseen are sudden, or without recourse, but it will require working together, with a high degree of foresighted diplomacy, to manage the challenges. The only question is will the countries come together to do so.