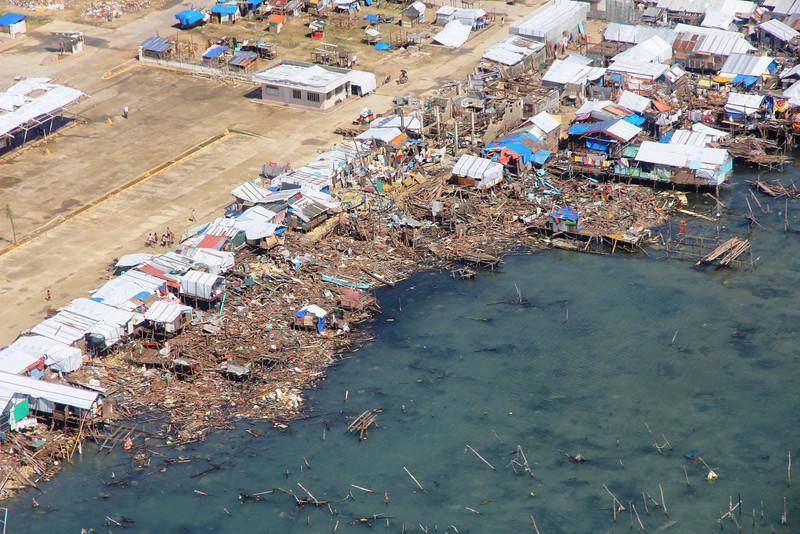 Recent devastating flooding in parts of South Africa as well as the second massive cyclone to batter neighbouring Mozambique and Zimbabwe in just two months has raised alarm bells about the effect of climate change on the region.

Research shows that extreme weather events and natural disasters are likely to become increasingly common in southern Africa in the coming years. The increased risk of extreme weather disasters is related to changes in the global climate. Rising air and water temperatures lead to rising sea levels, supercharged storms and higher wind speeds. More intense and prolonged droughts, heavier precipitation and flooding are the expected result.

One of the biggest challenges will be how city authorities understand – and respond proactively to – the informal conditions in which millions of urban poor live. This danger was brought into stark relief in the floods in South Africa’s KwaZulu-Natal and Eastern Cape provinces where almost 100 people died, and many more had their vulnerable houses washed away.

Research in our recent book Democracy Disconnected shows that disasters like floods present an opportunity for the state to upgrade informal settlements. But there are risks too. Rebuilding informal settlements after a disaster must be done with great care and consultation. If not, people’s lives could be endangered and a city’s authority and reputation damaged.

In addition, cities must be open to learning from the innovations of informal life.

It is important to address the question of why people live in informal settlements. Urbanisation is one factor: rural livelihoods are collapsing, and thousands migrate into cities each year.

National estimates suggest that around 13% of people in South Africa live in informal settlements. The figure is likely to be higher in bigger cities like Johannesburg and Cape Town. And this is not a uniquely South African trend. The number reaches around 25% of the urban population in developing countries.

Living in a shack rather than in formal housing is almost always a choice born of desperation. Without a decent job migrants are too poor to rent or buy on the formal market. In reality, they have little choice then but to look for a shack in a backyard or in settlement on the edges of formal housing. But this is not the full story: research shows that a shack is often more than just a place to sleep. It is also somewhere from which to look for work; settlements close to city centres or near transport hubs are in great demand.

Many also use their shack as a place to make a living, whether through cutting hair, retailing a small selection of products, taking care of working neighbours’ children or running a shebeen (informal tavern).

As rebuilding starts in KwaZulu-Natal and the Eastern Cape, local officials should take note of mistakes that have been made in other parts of the country. One good example is the situation that unfolded in Cape Town after a massive fire two years ago.

The fire swept through the informal section on the upper slopes of Imizamo Yethu in Cape Town. It destroyed 2194 structures and displaced over 9700 people.

In response, the City of Cape Town tried to upgrade Imizamo Yethu through a “super-blocking process”. Essentially this involved building a road and providing proper amenities for water, electricity and sanitation. This was meant to be facilitated through an elected working committee representing 19 stakeholder organisations in Imizamo Yethu. As part of the upgrade process new housing opportunities would be provided for the original residents.

Despite regular consultation there was significant resistance from the potential beneficiaries of new housing opportunities. At one point the local office of the country’s governing African National Congress (ANC), the home of a community development worker and an ANC leader’s home were burned.

An important reason for the resistance was that the city was approaching upgrading as mostly about providing shelter and giving everyone the same size build on the same size plot. They did not account for how the land had previously been used to earn an income. The one-size-fits-all rebuild would effectively take away the livelihoods of many informal residents who were landlords of large or multi-room shacks.

These informal entrepreneurs would lose income as they would get fewer rooms to rent out. Similarly, another group of entrepreneurs ran shebeens, creating large internal courtyards for socialising and drinking. Super-blocking threatened the possibility of creating the same kind of social and business space.

Two years after the fire, the settlement has not been upgraded as envisaged. Instead, the land devastated by the fire has been resettled by many of the previous inhabitants occupying their original space. Other residents are housed in 3m by 3m shacks, waiting to move back to their original stands.

Unsurprisingly, the community is fractured – perhaps more so than ever in its past. The process of super-blocking has exacerbated community divisions and leadership battles as well as heightened mistrust of state processes.

Poor people living in urban areas will no doubt bear the brunt of future storms, cyclones, fires, earthquakes and tornadoes. But these disasters should also be seen as opportunities to include the poor in the city. The question though, is whether cities will be open to learning from the innovations of informal life.

When excluded from formal systems, people take the initiative to meet their needs themselves. And this isn’t necessarily in the same way as a formal city approach. Informality is thus partly a story of precarity and exclusion, but also of self-reliance and sometimes innovation. Cities need to embrace this reality if they want to build more inclusive and resilient systems.

Cities and floods: a pragmatic insight into the determinants of households’ coping strategies to floods in informal Accra, Ghana