What climate change could do to mental health 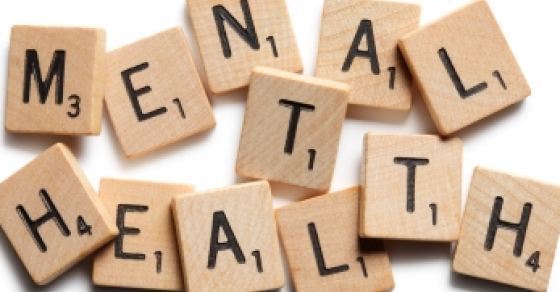 Heatwaves and other extreme weather events caused by climate change could have profound implications for personality traits and mental health, Ronald Fischer warned in his inaugural public lecture as a Professor of Psychology at Victoria University of Wellington.

Referencing an article published earlier this year in Scientific Reports, an online journal from the publisher of Nature, Fischer spoke about research showing that people with the same genetic make-up might have very different personalities depending on the climate where they live.

The article, based on research by Fischer, Victoria University of Wellington Master’s student Anna Lee and Dr Machteld Verzijden from Aarhus University in Denmark, says the impact on personality of genes regulating dopamine, an important neurotransmitter in the brain, is most pronounced in climatically stressful environments.

Dopamine is central to the brain’s processing of risks versus rewards and helps determine behavioural characteristics such as extraversion and emotional stability.

Fischer and his co-researchers found that dopamine differences predict personality traits of populations in demanding climates, but not in temperate, less demanding ones.

Their finding was derived from meta-analysis of data involving more than 125,000 participants across over 70 societies or territories.

“If you are in a challenging climate and your genetic system is not as efficient in processing rewards or regulating potential challenges, then you might feel more stressed and more likely to be unwell,” said Fischer in his lecture.

“On the other hand, if you have a system that is not so well off but you live in an environment where life is very chilled out, there’s no challenge, so basically there shouldn’t be a strong effect on how you feel.”

He warned: “If you have followed the news – for example the incredible heatwaves in Europe – what kind of challenges will we see in the near future when climate becomes more extreme and we have to create more mental health services for people who might need that?”

Fischer has been recognised as one of the top 10 most influential cross-cultural psychologists in the world and his work has received more than 11,500 citations.

He is an expert on the intersection between psychology and culture.

“Context matters and you need to study cultural variability,” he told his lecture audience.

It is one explanation for what has been called “the replication crisis” in psychology—criticism of studies whose findings are not replicated when conducted elsewhere.

Cultural variability “influences whether certain findings will replicate and that will influence treatment models we have for clinical psychology, how we should train managers, and basically how we understand humans as psychological researchers”.

As another example, Fischer gave the interaction between climate, money and wellbeing.

Money can buffer extreme conditions, he said. It enables you to buy air-conditioning, insulation and other things so you can thrive and overcome your environmental circumstances.

“On the other hand, if you live in an environment where it’s cold or it’s too hot and you don’t actually have the resources to combat that, you are miserable.”

The implications of this pattern in the context of accelerating climate change and recent global economic problems should not be underestimated, says Fischer. “We need to act, but we also need to consider all the complex factors that influence our behaviour, if we want to change it.”

“We are basically a web of interlocking facts,” he told his lecture audience. “And that’s the fun part. To start picking apart what’s going on.”

Mental health and our changing climate: Impacts, implications, and guidance