We have crossed the tipping point on climate change 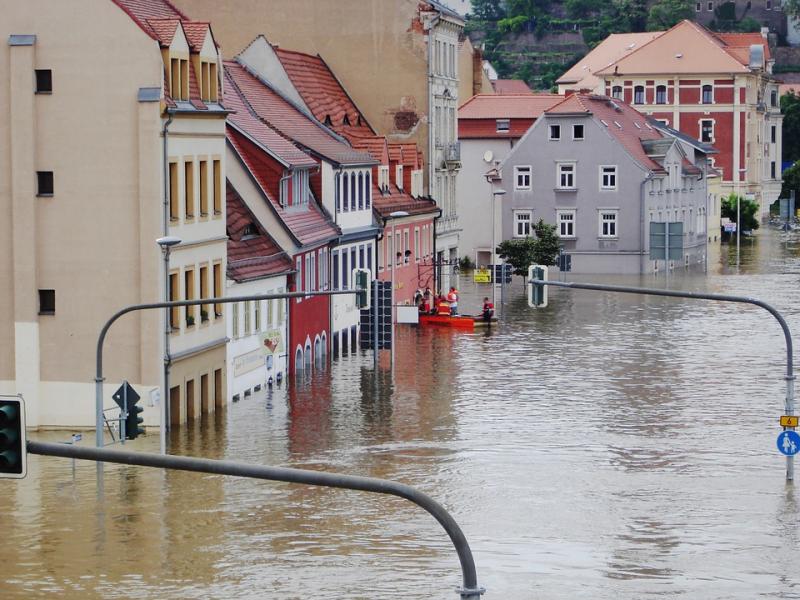 Until now, scientists working on climate change have been talking about the scenarios, forecasts and even predictions of adverse impacts due to human induced climate change that would occur in the future if we failed to prevent it from happening. However, in the last twelve months or so the same scientists have now been saying with a great deal of confidence that it is no longer a prediction but reality already. The problem with attributing any weather-related phenomena such as heat waves, forest fires, floods or cyclones to human induced interference in the global climate is that such attribution is extremely difficult to make to any single weather related event. However, when it comes to a series of similar events taking place in many different parts of the world, then the attribution to the fact that human beings have enhanced the global atmospheric temperature by just over one degree centigrade compared to pre-industrial revolution times already is now possible.

Thus, for example the heatwaves that have caused deaths in Japan and wild fires in Greece, California and even in the arctic circle in Sweden can now be firmly attributed to human induced climate change. The way in which scientists make such attributions is not to say that human induced climate change was responsible for a certain percentage of the event, but rather to say that the probability of the event has increased by two to five times due to the fact that global temperatures are already one degree higher due to human emissions of greenhouse gases. The other aspect of such attribution is that they often lead to higher extremes and hence take us over the tipping point of our ability to cope.

The recently completed Special Report on 1.5 degrees by the Intergovernmental Panel on Climate Change (IPCC) which is due to be released in October has clearly indicated that we are already seeing the effects of one degree rise and need to redouble efforts to keep the rise below 2 degrees and if possible below 1.5 degrees. The difference between 2 and 1.5 degrees will mean life and death for millions of humans living in the most vulnerable parts of the world, including Bangladesh.

There are a number of important new consequences emerging from this crossing of this important tipping point. The first is the unanticipated rapidity with which we are seeing heat waves and unprecedented wild fires around the world, even in developed countries with sophisticated fire-fighting capacities. These heatwaves will now become the “new normal” and we need to be better prepared for them. In Bangladesh, for example, our hospitals and doctors seldom diagnose deaths due to heat stress, but rather diagnose them as strokes or heart attacks. We need to be better at diagnosing and recording such heat stress going forward.

A second important consequence that had not been considered so much until recently is not just floods getting worse but flash floods and heavy rainfall events becoming much worse. This is particularly important for citizens of Dhaka and Chittagong who are already facing increasing difficulty in moving around the city every time there is a sudden downpour. This is also going to be a major problem for the people living in the Rohingya camps in Cox’s Bazaar—whose huts are precariously built on hills which are susceptible to landslides—following any heavy downpour. Fortunately, the authorities are well aware of this danger and are doing their best to minimise it when it happens.

A third important consequence has to do with the international debate around the issue of “loss and damage” from climate change, where the developed countries have resisted claims for liability and compensation from the poorer vulnerable countries due to damage caused by human induced climate change. This resistance is getting more untenable by the day as it is becoming self-evident that climate change has become a reality even in the rich countries now. Hence the need for Bangladesh and other vulnerable countries to move forward strongly on the issue of innovative financing for loss and damage, beyond only the insurance which developed countries have been willing to consider until now. The time has indeed come for pursuing the polluter pays principle to put a levy on the profits of the major fossil fuel companies into a Loss and Damage Fund at the global level.

Bangladesh also has the potential to be a pioneer in setting up a National Mechanism on Loss and Damage to show the rest of the world how to deal with this important issue.

Thus the new reality is that we are already living in a climate-changed world and have to redouble our efforts to minimise the adverse impacts and can no longer avoid them.

Climate change made today's heatwaves more likely, but what does that mean for businesses?