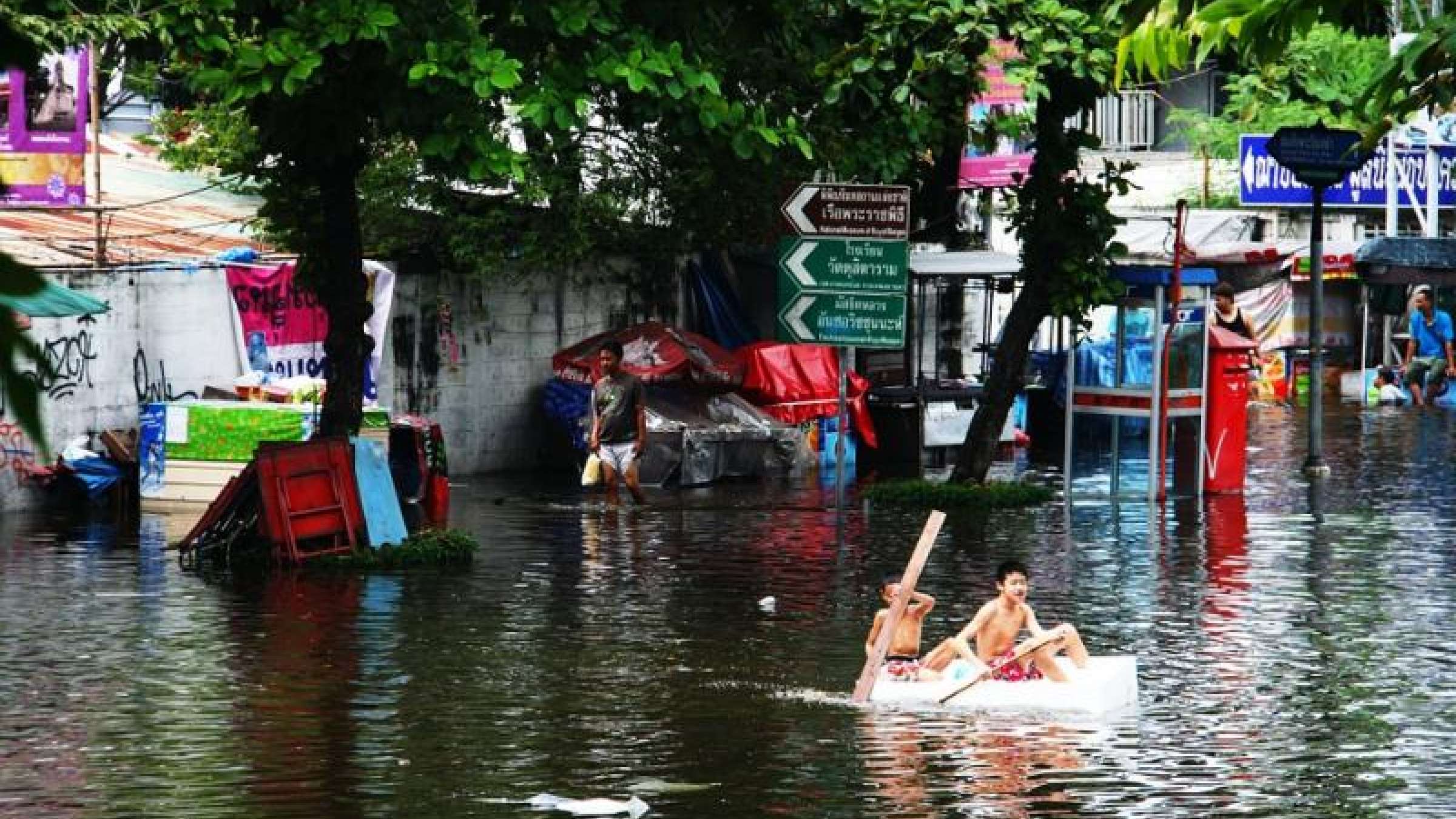 Hurricanes Florence and Michael in the U.S. and Super Typhoon Mangkhut in the Philippines have shown the widespread and harmful impact of weather extremes on both ecosystems and built communities, with flash floods causing more deaths, as well as property and agriculture losses, than from any other severe weather-related hazards. These losses have been increasing over the past 50 years and have exceeded $30 billion per year in the past decade. Globally, almost one billion people now live in floodplains, raising their exposure to river flooding from extreme weather events and underscoring the urgency in understanding and predicting these events.

Columbia Engineering researchers have demonstrated for the first time that runoff extremes have been dramatically increasing in response to climate and human-induced changes. Their findings, published today in Nature Communications, show a large increase in both precipitation and runoff extremes driven by both human activity and climate change. The team, led by Pierre Gentine, associate professor of earth and environmental engineering and affiliated with the Earth Institute, also found that storm runoff has a stronger response than precipitation to human-induced changes (climate change, land-use land-cover changes, etc). This suggests that projected responses of storm runoff extremes to climate and anthropogenic changes are going to increase dramatically, posing large threats to the ecosystem, affecting community resilience and infrastructure systems.

The researchers discovered that changes in storm runoff extremes in most regions of the world are in line with or higher than those of precipitation extremes. They noted that different responses of precipitation and storm runoff to temperature can be attributed not only to warming, but also to factors like land-use and land-cover changes, water and land management, and vegetation changes that have altered the underlying surface conditions and hydrological feedbacks that have, in turn, increased storm runoff.

“Our work helps explain the underlying physical mechanisms related to the intensification of precipitation and runoff extremes,” Gentine said. “This will help improve flood forecasting and early-warning alerts. Our findings can help provide scientific guidance for infrastructure and ecosystem resilience planning, and could help formulate strategies for tackling climate change.”

Because previous studies mainly investigated the precipitation response, Gentine’s team decided to examine the response of both precipitation and storm runoff extremes to naturally and anthropogenically driven changes in surface temperature and atmospheric moisture content. They performed a global scale hydrological analysis to characterize the responses and their underlying physical mechanisms. The researchers then assessed the influence of variability across decades on the scaling of runoff extremes and temperature, then systematically compared this with changes in precipitation extremes. Their observational daily runoff data came from the Global Runoff Data Centre (GRDC) datasets, and daily precipitation and near-surface air temperature data from Global Summary of the Day (GSOD) dataset.

“We were trying to find the physical mechanisms behind why precipitation and runoff extremes are increasing all over the globe,” said the study’s lead author Jiabo Yin, a visiting student from Wuhan University working in Gentine’s group. “We know that precipitation and runoff extremes will significantly intensify in the future, and we need to modify our infrastructures accordingly. Our study establishes a framework for investigating the runoff response.”

Precipitation is governed both by thermodynamics (the relationship of water vapour to temperature) and atmospheric dynamics. Gentine’s team plans next to try to partition the impacts of thermodynamic and dynamics on precipitation to gain a deeper understanding about precipitation intensification. They will also focus on detecting changes due to warming versus those due to human activity in order to establish an adaptive water resources management system.