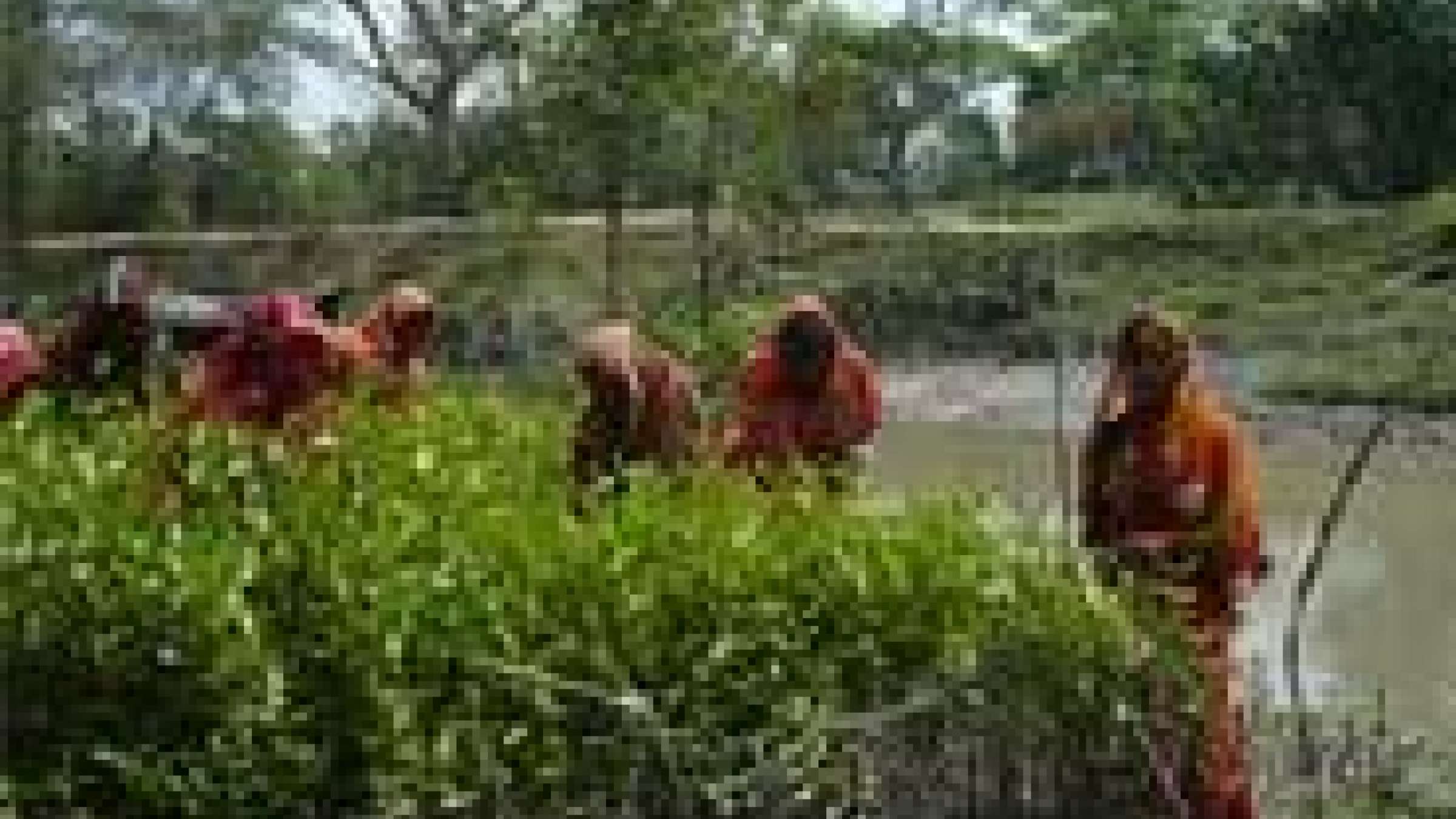 Climate adaptation planning is likely to become a priority for Bangladesh’s leaders as the hopes of keeping global temperatures within safe limits decrease.

The country is already one of the most vulnerable in the world to flooding and storm surges. Torrential rain last year left over 100 dead and 250,000 stranded.

And compared to the USA post Hurricane Sandy, it takes Bangladesh more time to ‘bounce back’ from extreme weather events, which the IPCC’s Fourth Assessment Report says will get more intense.

The effects of Cyclone Sidr in 2007 and Cyclone Aila in 2009 were still being felt in 2012 – with aid agencies relied on in some parts of the country to provide safe drinking water, sanitation and food support.

Bangladesh Prime Minister Sheikh Hasina has led efforts in her country to develop an effective adaptation strategy, even opening a National Climate Change Trust Fund of approximately US$350 million.

Speaking at the launch of the 2013 Community Climate Adaptation summit in Dhaka, she expressed frustration with a lack of financial aid from developed nations, thanking them for the $189.5 million received but stressing they needed “billions”.

“The rich countries must demonstrate their leadership in this matter. More delay in mitigation will mean greater need for adaptation and more suffering for the communities and the poor of the world,” she said.

“It’s difficult for the people of many countries like Bangladesh to face the double burden of poverty and impacts of climate change,” adding: ”it’s not only difficult for us, but also unfair and unjust.”

“For the sake of sustainability of environment and development, we need to act now without delay, individually, locally, nationally, regionally and globally. This needs to be addressed at the highest priority.”

This is an issue that cuts to the heart of Bangladeshi society, amid fears the country will never be able to fill its potential if it is hit by a major disaster on a yearly basis.

The 2009 Bangladesh Climate Change Strategy and Action Plan (BCCSAP) and the Adaptation Trust Fund form the basis of the government’s response.

Saleemul Huq from the International Institute for Environment and Development (IIED) says the bleak forecasts and high death tolls from flooding have forced leaders to take the climate challenge more seriously than any other government.

“They’re preparing for the worst,” he told RTCC. “Dealing with the climate change problem is not something you can do overnight – it’s a long learning curve problem – and every individual on the planet is going to have to go up that curve.

“Bangladesh is moving up faster than anyone else; not that it has all the answers, but it is tackling the problems and coming up with proper responses as they go along.

“The level of awareness of the issue I would say is higher than any other country. I would say you could go on the street and people will know what climate change is.”

Huq calls Bangladesh the ‘adaptation capital of the world’ because of the level of investment pumped into developing means of coping with climate change.

The aim of this week’s Adaptation Summit, involving 200 delegates from across the world, is to share community-based solutions that can be applied on a flexible basis, depending on the needs and capabilities of the local population.

These vary from having basic plans in case of a disaster to water conservation and methods of managing natural resources such as mangroves, which are a vital barrier for coastal communities at risk from storm surges.

At a time when emissions continue to rise and climate finance pledges dry up, the underlying message from organisers is that climate-vulnerable states, regions and villages cannot afford to wait for a proposed global climate deal in 2015 or financial help from the Green Climate Fund.

Bangladesh is one of the most vocal countries in calling for aid from the developed world, but as Huq points out, its actions suggest it doesn’t believe this will be forthcoming at the levels required.

“The government has also set up a trust fund with over $300 million of its own money – so they’re not waiting for the world to rescue them, they’re going ahead and doing things,” he said.

“They have a separate trust fund where donors are invited to put money in.

“The donors have put $200 million in, the government has $300 million, so it’s taking it very seriously, and it’s putting its money where its mouth is.”