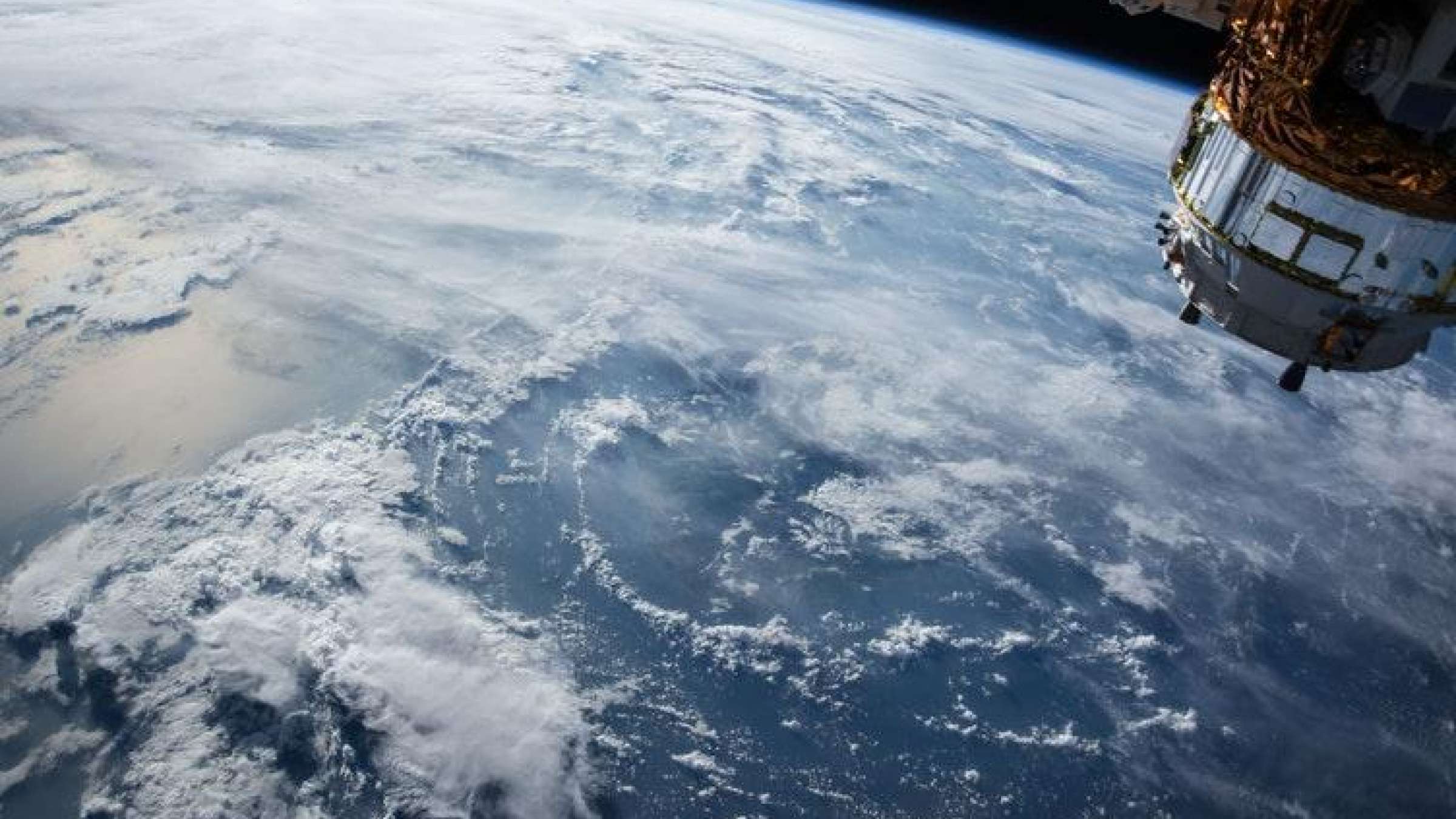 With so many eyes in the sky, residents living downstream from dams now have many ways to see—and prepare for—potential dangers

On 23 July 2018, a dam in southernmost Laos collapsed, and the resultant flood left more than 6,000 people homeless. The fractures in the dam that led to the disaster were discovered 2 days earlier. Yet the residents who lived downstream—many across the border in Cambodia—didn’t have access to real-time information about the increased risk of flooding. Such floodwaters that cross borders are often termed “transboundary floods” and are more likely to be catastrophic. News such as dam-driven flooding in Laos underscores the urgency of making information on upstream dams in transboundary regions more accessible to citizens of developing nations.

Currently, numerous observation networks in space can provide routine information on various aspects of flooding such as precipitation, streamflow, water level in lakes or dams, groundwater storage, and water quality. Such data can be combined to understand how transboundary dams are being operated today and guide management strategies for flood disaster, sedimentation control, irrigation, and ecosystem services. Such valuable data from satellite platforms now need to be made easily accessible in the developing world.

In a bid to improve timely access to upstream reservoir information in transboundary river basins of the Red and Mekong rivers, Vietnam recently launched a satellite-based operational system. With support from the U.S. Agency for International Development’s Partnerships for Enhanced Engagement in Research, a team from the University of Washington spent 2 weeks in July 2018 working with the Vietnam National Center for Water Resources Planning and Investigation (NAWAPI), the national water agency that has a mandate for managing the country’s water for its citizens. An advanced water forecasting system was codeveloped and implemented under a permanent budget line for NAWAPI for operational sustainability (Figure 1). We describe below the key steps to building such a transboundary dam monitoring system for water agencies of developing countries.

How does the satellite-based dam system work?

By using a simple mass balance approach (Figure 2) and neglecting ground seepage from a dam, satellite data can now be used to yield useful estimates of reservoir storage and outflow. The key inputs to the dam system (precipitation and inflow) can be determined from satellite precipitation data and a hydrologic model that provides estimates of streamflow into the dam. Evaporative losses can often be ignored in the humid climates of South Asia or estimated using standard energy-based methods from publicly available data from global numerical weather prediction models. Daily estimation of evaporation using such publicly available data is in operation in many developing regions, such as in Pakistan. A point to note is that the mass balance approach assumes that irrigation or domestic supply needs are met from reservoir outflows downstream of the dam. Such an assumption may not hold if there is extensive water withdrawal upstream of the dam. 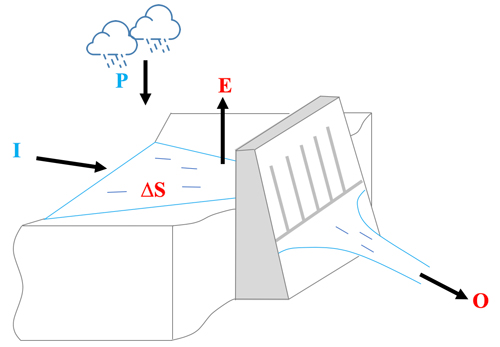 By using observations of water elevation or surface area from different satellite sensors, one can also estimate reservoir storage change behind a dam. Because of its high sampling frequency, visible and near-infrared imagery from satellites is typically useful for estimating the surface area of a reservoir. Examples of such satellites are Landsat, the Moderate Resolution Imaging Spectroradiometer (MODIS), and Sentinel-2, whose reflectance data can be classified for detecting open water using the normalized difference water index. Using publicly available digital elevation model (DEM) data, such as those from the Shuttle Radar Topography Mission (SRTM), or satellite altimetry measurements of reservoir elevations, one can also construct the area-elevation curve for a reservoir without the need for in situ bathymetry. Observed surface areas from satellite data can then be matched with their corresponding elevations on the basis of the area-elevation relationship and vice versa for elevation observations from satellite altimeters. This allows users, including anyone with an interest in knowing if a dam is likely to fail, to calculate storage change between each observation by satellite sensor. A long record of storage change when averaged over time serves as a good proxy for how a dam typically operates (referred to as the “rule curve”) in a given month (Figure 3). Finally, the outflow can be predicted using the mass balance summarized in Figure 2. The step-by-step methodology for deriving the state of a dam using only satellite data is described in detail by Bonnema and Hossain.

Does the satellite-based technique work?

We put the satellite-based technique for deriving the state of dam operations to the test on two dam sites in the Mekong River basin. The actual dam operating pattern used by the dam operator was publicly available. From Figure 4, we can see quite clearly that the satellite-derived (Landsat) dam operating pattern in the form of monthly storage volumes is captured well within the upper and lower bounds of the dam’s declared operations. There are, however, some challenges posed by extensive cloud cover during the monsoon season and limited Internet bandwidth in developing countries of Asia. These issues can be resolved by using synthetic aperture radar and cloud-based computing services, respectively.

Importance of satellites for sustainable development

Monitoring the state of transboundary dams is essential for sustainable development of downstream developing countries by deriving better management strategies for disasters (floods and droughts), ecosystem services, fish migration, sedimentation, and crop production. If local leaders in Cambodia had had access to satellite data that kept them informed of the status of the dam in Laos, they may have been able to prevent the loss of many lives. However, new dams continue to be built at an aggressive pace to secure the water needed for energy and food production. A lot of these dams are being constructed by upstream developing countries that contain transboundary river basins. Therefore, water availability and the amount that flows farther downstream are now becoming increasingly controlled by storage, withdrawal, and release decisions of upstream nations. Thus, the availability of hydrologic data related to transboundary dam operations will become more crucial for managing the water by downstream nations. As such information is difficult to obtain using in situ networks, satellites will remain the only viable way to monitor the state of transboundary dams. The scientific community needs to work on harnessing the valuable data that are available from satellite remote sensing and converting them into accessible tools for water agencies of developing countries.