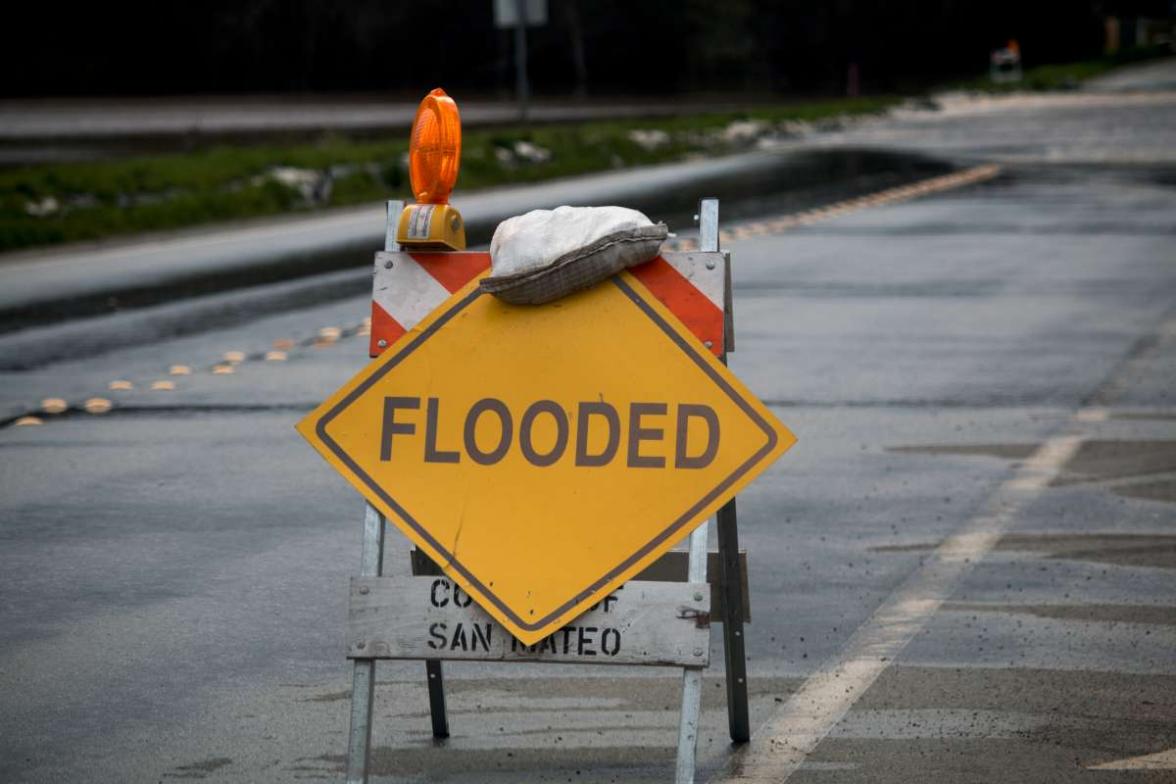 Researchers have modeled how coastal flooding will impact commutes in the Bay Area over the next 20 years. Regions with sparse road networks will have some of the worst commute delays, regardless of their distances from the coast.

For decades, the low-lying neighborhoods along the San Francisco Bay have experienced coastal flooding and the subsequent traffic disruptions. But a new computational model by Stanford researchers reveals that, due to the nature of road networks in the region, commuters living outside the areas of flooding may experience some of the largest commute delays.

By integrating traffic models with regional flood maps, researchers have demonstrated how San Francisco Bay Area commute disruptions spread substantially inland, creating longer delays for communities with sparse road networks than for those in the areas of flooding. Climate change is exacerbating the situation by increasing the likelihood of extreme events like flooding. The research, published Aug. 5 in Science Advances, reveals that measuring road network density may be more important for understanding community resilience to flood-related commute delays than actual flood exposure.

“In disaster science, we usually say the hazard is the elephant in the room and the other things are details, but this study says the elephant in the room is really the existing structure, the existing vulnerability,” said senior author Jenny Suckale, an assistant professor of geophysics at Stanford University’s School of Earth, Energy & Environmental Sciences (Stanford Earth). “In this case, it’s the sparsity of the road network.”

The study is the first to quantify indirect impacts of Bay Area flooding, which are much more difficult to measure than direct impacts, such as the costs associated with flood damage to buildings, according to Suckale. Unraveling the indirect impacts of hazards has become an increasingly important directive from the Intergovernmental Panel on Climate Change (IPCC) in planning for future climate scenarios, including sea-level rise that will increase coastal flooding.

The researchers modeled how flooding will affect individual commuters over the next 20 years by integrating road network, census and traffic data from the 2010-20 period with regional flood maps from the Adapting to Rising Tides program, which were designed to aid sea-level rise adaptation planning efforts.

“We did not make assumptions about how population growth or commuters would change over the next two decades,” said lead author Indraneel Kasmalkar, an engineering PhD candidate affiliated with the Stanford Institute for Computational and Mathematical Engineering (ICME). “And if there are substantial changes to commute patterns, we can update our simulations accordingly.”

The models incorporate traffic from private vehicles during morning peak hour commutes with a baseline of no flooding and water levels of 12 inches, 24 inches and 36 inches. Those levels can be reached through different environmental conditions, such as a storm surge hitting during high tide, seasonal water level variability like the El Niño Southern Oscillation, sea-level rise or combinations of these conditions.

“These water levels are quite likely to happen over the next two or three decades,” Suckale said. “This is not some purely hypothetical, worst-case scenario by any stretch – this is well within what we would expect to see. The problem is here, and we have a window of opportunity to do something about it.”

The researchers were surprised to find the commute impacts to be so disconnected from the nature of the hazard. For example, residents of Santa Rosa in the North Bay – more than 20 miles away from the coastline of the Bay – were faced with more commute delays than people living on the Peninsula.

At the 12-inch water level, 20 to 50 percent of residents of the city of Santa Rosa would face flood-related commute delays of 30 minutes or more. But less than 5 percent of residents of Silicon Valley – namely Santa Clara and San Mateo counties – would face similar delays, even at the 36-inch water level. This disparity is a result of the differences in the underlying road networks. Silicon Valley has a dense road network with multiple potential routes, while the North Bay region has a relatively sparse road network.

The simulations present different possible scenarios so that planners can examine what might happen at varying water levels. The findings suggest that other hazards, such as wildfires or hurricanes, would also mainly cause delays in regions with similar road network characteristics.

“These indirect impacts that we’re so worried about may not even be that hazard-dependent,” Suckale said. “They might actually be quite similar for different hazards just because they’re not driven by only the hazard itself.”

The results highlight the importance of creating sustainable practices on a broad, regional level rather than locally, which is often how climate adaptation policies are implemented.

“We need to expand to have different communities talking to each other and to understand the repercussions beyond just the areas of flooding,” said co-lead author Katy Serafin, who conducted research for the project while a postdoctoral researcher in Suckale’s lab.

“If people don’t think the problem impacts them, they might be less willing to support adaptation projects that could be beneficial to a huge set of people across the Bay Area,” said Serafin, who is now an assistant professor of geography at the University of Florida.

The research project was formed through a year-long service-learning course in the 2017-18 academic year, Shaping the Future of the Bay Area.

Suckale, who instructs the course along with co-author and geophysics lecturer Derek Ouyang, said she was surprised multiple stakeholders assumed only people living within the areas of flooding would be affected. Those conversations highlighted the importance of exploring flood impacts in the Bay Area, she said.

The co-authors collaborated with stakeholders including the Metropolitan Transportation Commission and the Bay Conservation and Development Commission through the Stanford Future Bay Initiative, a Stanford research and educational practice partnership founded by Suckale.

They also interviewed community members, such as East Palo Alto residents concerned with re-routed traffic increasing the likelihood of accidents in their neighborhoods. In certain parts of the Bay Area, residents have had routes removed from navigation apps to decrease overflow traffic, but low-income communities may not have easy access to such options, Suckale said.

“At a very fundamental level, I think this research asks who is affected by these hazards,” Suckale said. “We need to be thoughtful about how we manage overflow traffic and how we make sure communities who are already disadvantaged don’t suffer disproportionately from this.”

Climate change: Coastal flooding could threaten up to 20% of global GDP