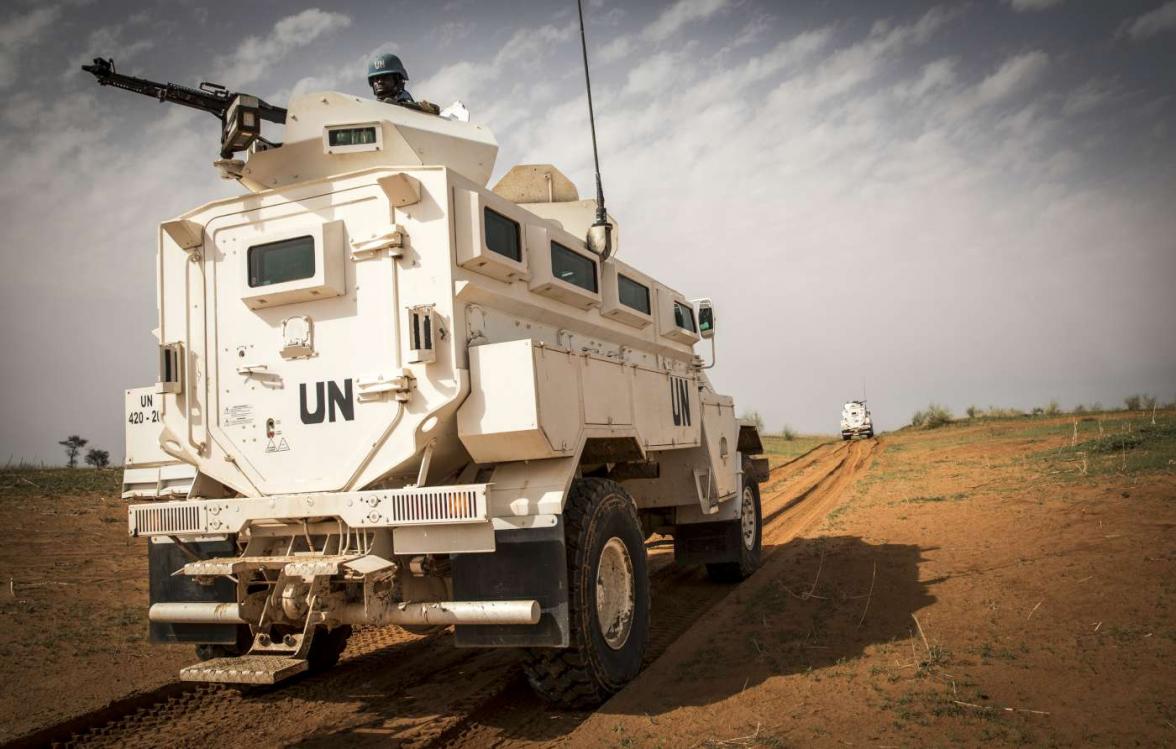 Climate change impacts - including growing food and water scarcity - are becoming increasingly important drivers of conflict and unrest around the world, and security planners need to make them a priority now, foreign ministers warned this week.

Addressing them could mean the U.N. Security Council asking for regular reports on threats from climate change and biodiversity loss, or the creation of early warning systems for climate security risks, said Jean-Yves Le Drian, France's minister for Europe and foreign affairs.

When it comes to climate threats, "we are not foretelling or speculating on a distant future. We are talking about the present," he told an online panel during the Berlin Climate and Security Conference this week.

The effects of climate change - and now the coronavirus pandemic, which threatens global trade in food - are adding to pressures in already fragile parts of the world, and even in many now considered stable, ministers and security experts said.

In parts of East Africa, droughts and floods, plus a major locust invasion this year on top of the pandemic, "are really weakening communities, putting pressure on state capability and displacing people", said Raychelle Awuor Omamo, Kenya's cabinet secretary for foreign affairs.

South America is not normally thought of as a region at particular risk of conflict, apart from Colombia's long insurgency, she added.

But across Latin America, fiercer hurricanes in the Caribbean, disappearing glaciers in the Andes, accelerating soil erosion in Central America and other shifts are worsening problems like migration and food insecurity, Abdenur said.

Amina Mohammed, the United Nations' deputy secretary-general, said about half of the 15 countries considered most vulnerable to climate pressures already host U.N. peacekeepers or other U.N. special missions.

In places such as the Sahel, where worsening drought has driven farmer-herder conflicts and helped fuel jihadist movements as hungry people look for work, the threats are particularly clear, the officials said.

Ministers said they hoped to influence the U.N. Security Council and other leaders to adopt more "forward-looking, preventative foreign policy" to deal with growing environmental pressures.

That might include developing international early warning systems to pinpoint where climate-related security threats could flare, and pushing risks tied to climate change and biodiversity losses to the fore of international security discussions.

Such threats "need to be ingrained in the psyche of the U.N. Security Council", said Omamo of Kenya. The country will take up a seat designed for Africa on the council next January.

With COVID-19 lockdowns disrupting food trade and pushing up prices, and extreme weather hitting harvests, countries heavily dependent on food imports should now be looking seriously at how to shore up supplies, he said.

And with the International Monetary Fund predicting the coronavirus pandemic could spur the steepest global economic downturn since the Great Depression of the 1930s, rising poverty and inequality could add to food security risks.

Ine Eriksen Søreide, Norway's foreign minister and a former defence minister, said it was clear planetary heating was a "threat multiplier" that could help tip a potential conflict into a big flare-up, especially over scarce food or water.

"Climate change is the foundation and the reason for many of the conflicts we will potentially see in the future," she said.

Researchers study the intricate link between climate and conflict

Climate change, conflict and fragility: an evidence review and recommendations for research and action