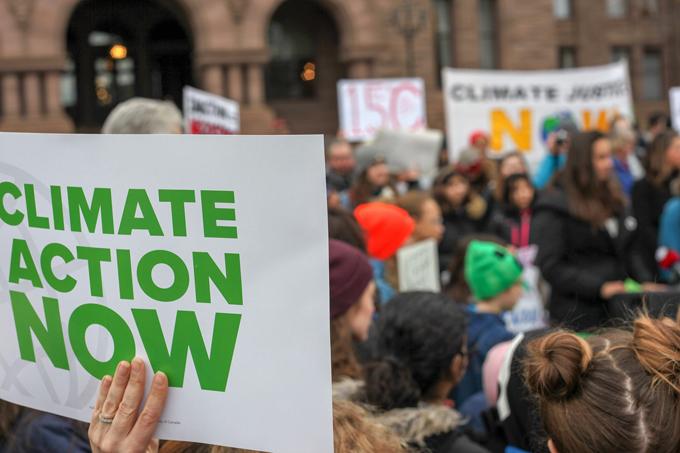 In several new studies, University of Miami (UM) Rosenstiel School of Marine and Atmospheric Science researcher Katharine Mach and colleagues explore the importance of learning and knowledge in environmental decision-making and the different ways in which scientific knowledge can become more relevant and useful for societies.

“Keeping people safe as the climate continues to change is a big challenge,” said Mach, an associate professor of marine ecosystems and society at the UM Rosenstiel School. “Because climate change is long-term with widespread impacts, knowledge of the risks is particularly important for prudent societal investments.”

In an article for the journal Climate Policy, Mach and coauthor Noah W. Feinstein, an associate professor at University of Wisconsin-Madison, describe the importance of education in adapting to climate change. Their paper, “Three roles for education in climate change adaptation,” argues that educational tools—including schools, simulations, and on-the-job training—have the potential to substantially accelerate the adaptation process.

“Education goes way beyond K-12,” said Feinstein. “If we want decision-makers to make the best use of critical new information, we also need to support learning before, during, and after each decision point.”

In a special issue of the journal Current Opinion in Environmental Sustainability, Mach and colleagues delve deeper into the question of what knowledge is most critical—and how it becomes useful to people increasing their preparedness for climate change. They discuss insights emerging across disciplines on the relationship between knowledge and action in decision-making surrounding climate change. The researchers suggest a set of best practices to support climate change adaptation into the future.

In the article, “Actionable knowledge and the art of engagement,” Mach discusses the different approaches for making knowledge actionable, many of which involve increasing interactions between researchers and stakeholders in different ways.

“Current knowledge on climate change risks and response options has an important role to play in informing society’s choices and decisions in a changing climate,” said Mach. “However, often this knowledge is not as useful for people as it might be.”

In the same special issue, Mach co-authored a paper on how the “co-production” of knowledge has fared for climate change adaptation. The researchers point out that the co-production of knowledge, in which researchers, practitioners, stakeholders, and decision-makers interact in processes of climate change adaptation, requires that different approaches be matched to the types of decisions and decision-making contexts at hand. It’s about researchers and practitioners working together in ongoing and meaningful ways.

The special issue will be published in full in the near future. Articles covered in this press release are available on line. Research was supported by the National Science Foundation (grant # DBI-1639145), to convene the Science of Actionable Knowledge working group through the National Socio-Environmental Synthesis Center.

More about Research into Action

Education and climate change living and learning in interesting times