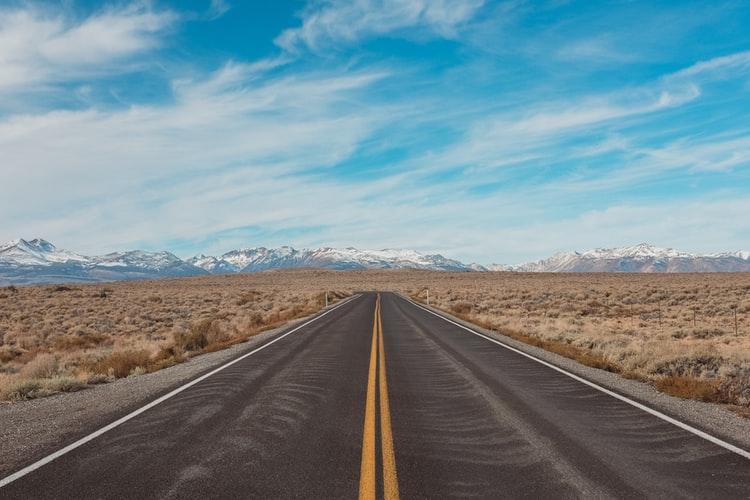 By Robbin Ray and Beth Potier

The road to longevity is paved with thicker asphalt

As the summer months heat up, so will the asphalt and other materials used to make roads. Pavements, which are vulnerable to increased temperatures and excessive flooding due to sea level rise — both predicted to increase due to climate change — can crack and crumble. New research from UNH has found that one of the best ways to extend the life cycle of roads, and keep future costs down, is to increase the thickness of asphalt on certain roads.

“It’s all about being strategic with the maintenance of our highways and byways,” says Jo Sias, professor of civil and environmental engineering and an author of the study recently published in the journal Transportation Research Record. “Just like a regular oil change can help extend the life of a car, our research shows regular maintenance, like increasing the asphalt-layer thickness of some roads, can help protect them from further damage related to climate change.”

Jayne Knott ’19G, who just received her Ph.D. from UNH, is the lead author on the study; in addition to Sias co-authors are Eshan Dave, associate professor of civil and environmental engineering, and Jennifer Jacobs, professor in the department of civil and environmental engineering and the Earth Systems Research Center. The researchers are affiliated with UNH’s Center for Infrastructure Resilience to Climate and the UNH-led Infrastructure & Climate Network, which capitalize on the university’s integrated research expertise in climate change and infrastructure.

The researchers found that as global temperatures continue to rise, road conditions will shift. The winter pavement season is projected to end by mid-century, replaced by a longer fall season. Pavement damage, now seen mostly in the spring and summer, is projected to be more distributed throughout the entire year. Based on an analysis that looked at the wear and tear of roads, the researchers determined that a 7 percent to 32 percent increase in the asphalt-layer thickness might be the best way to maintain the service ability of some roads.

“For agencies and towns, it is a balancing act to repair roads so we’re trying to find some reasonable action that can be taken now to help manage their infrastructure,” Sias says. “If global warming continues then we know temperatures will rise and pavement doesn’t respond well to increased temperatures. The hope is to find some answers now so cities and towns can plan for the future.”

The researchers recognize that increasing the asphalt thickness to certain roads can be an added expense for municipalities, but they point to considerable future savings of between 40 percent and 50 percent if done now rather than later. Along with the rise in cost of materials, there also could be other expense increases down the road like project planning, design and construction. Environmental impacts could also be costly, with rough pavements adding to increased greenhouse gas production, which has the potential to accelerate climate change.

While the study looked specifically at the impact of the changing pavement seasons and the increase in temperatures and flooding at a site in coastal New Hampshire, the researchers say the approach has the potential to be applied to most roads and highways both nationally and globally. The adaptation approach, of calculating the pavement layer thickness required to maintain a safe road reliability level, could provide the guidance to address the effects of rising temperatures and changing seasons on those byways.

From a rocky road to smooth sailing: Building transport resilience to natural disasters

Climate and disaster risk in transport: No data? No problem!