Switzerland: Flood and landslide damage hits a 10-year high in 2018 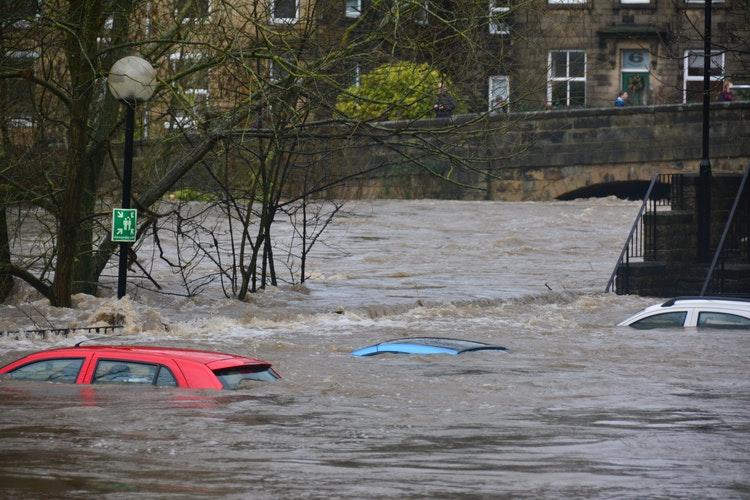 Floods, landslides, debris flows, rockfall and rockslides caused some CHF 200 million of damage in Switzerland in 2018. Heavy precipitation in January resulted in a particularly high number of events, while several thunderstorms between May and August gave rise to floods. These were the conclusions of the annual analysis of the Swiss flood and landslide damage database kept by the Federal Institute for Forest, Snow and Landscape Research (WSL).

In 2018, landslides, debris flows, floods, rockfall and rockslides resulted in some CHF 200 million of damage, making this the 11th relatively low-damage year in a row. While total damage in 2018 fell well short of the inflation-adjusted average of CHF 306 million for 1972-2017, it was higher than in any of the previous 10 years. The last year with significantly above-average natural-hazard damage was 2007, when WSL logged damage totalling some CHF 700 million. Since then, annual damage costs have ranged from CHF 20 to 200 million.

In 2018, the main meteorological triggers were thunderstorms, causing 69% of the damage, followed by the combination of snowmelt and rain (15%), and persistent rain (13%). The lion’s share of damage costs resulted from flooding, overland flow and debris flows (79%), with landslides (19%) and rockfall (2%) following some distance behind. Fortunately though, the natural hazards studied here did not cause any fatalities in 2018.

From April to the end of 2018, it was very dry across Switzerland. However, various local thunderstorms caused extensive damage, such as when 41 mm of rain fell in just 10 minutes in Lausanne (canton of Vaud) in the late evening of 11 June. Never before had so much precipitation been recorded in such a short time in Switzerland. The sewers and the soil were unable to cope with such large quantities of water and the resulting surface runoff flooded several streets and the cellars of many homes, businesses and schools. Shortly before this, on 30 May, heavy rain and hail caused flooding between Baden (canton of Aargau) and Dielsdorf (canton of Zurich). In the late afternoon of 31 May, the town of Yverdon-les-Bains (canton of Vaud) experienced heavy showers that submerged several buildings’ cellars and underground garages. Finally, following thunderstorms on 8 June, water had to be pumped out of 200 cellars in Frauenfeld (canton of Thurgau).

While 2018 as a whole was unusually dry, it began with high levels of precipitation. Persistent rainfall – combined with snowmelt in some places – led to flooding and landslides in the cantons of Bern, Vaud and Valais on 4 and 22 January. In Valais, this resulted in significant damage to roads and other infrastructure. On 2 and 3 July, a stationary thunderstorm at the far end of the Val d’Anniviers (canton of Valais) gave rise to high discharges in the River Navisence. The mass of water and debris damaged 20 km of the river bank, causing the river to overflow its banks in several places. The resulting damage was particularly costly in Anniviers and Chippis. The afternoon of 1 August saw several storms in eastern Switzerland, while a heavy thunderstorm in the early evening of 6 August generated surface runoff in Sion (canton of Valais), flooding streets and more than 100 cellars.

Climate-related risks and opportunities: A synthesis for Switzerland