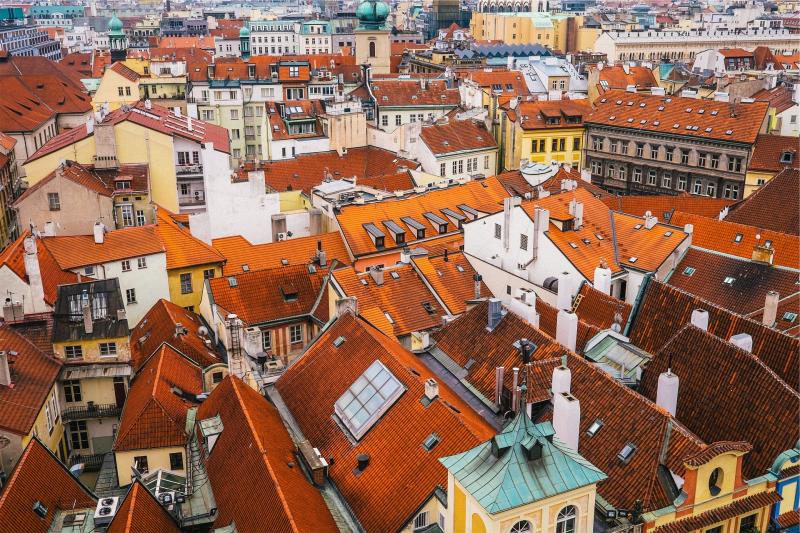 With abnormally high temperatures spiking across India and increasing energy demand, cool roofs offer a major solution to urbanization challenges. Currently, less than 10% of India’s households have air conditioning units, while more than 60% of urban roofs are made from metal, asbestos, and concrete – trapping heat inside buildings. As living standards rise, demand for cooling and air conditioning will rise dramatically and can strain electric grids, worsen air pollution, increase fuel imports, and fuel climate change. Fortunately, key cities – Hyderabad and Ahmedabad – have pilot programs for cool roofs that are models for rapidly developing cities in India.

Cool roofs reflect sunlight and absorb less heat. Depending on the setting, cool roofs can help keep indoor temperatures lower by 2 to 5°C (3.6 - 9°F) as compared to traditional roofs. Cool roofs can cost as little as ₹0.5 (~$0.07) per square foot for a simple lime-based paint, to more expensive reflective coatings or membranes.

Cities, states and the national government are taking concrete action to protect communities and save energy costs. For example, Ahmedabad has a cool roofs program for over 3,000 low income homes as part of its heat action plan. Hyderabad has a demonstration pilot aimed to design a broader program as part of its building energy efficiency program. The national government is working toward sustainable cooling with the National Cooling Action Plan and energy efficiency programs for buildings, air conditioners and fans.Cools roofs have multiple benefits, as highlighted from the pilots:

The factsheet and issue brief describe the innovative cool roof pilot projects deployed by the cities of Ahmedabad and Hyderabad in 2017 and 2018. Simple steps such as painting roofs with lime-based white wash, adding tarp-like coverings or white ceramic tiles—low cost, high-impact measures—can help bring roof surface temperatures down by as much as 30°C (86°F) and reduce indoor temperatures by 2 to 5°C (3.6 - 9°F). The issue brief also highlights examples from other cities in India as well as cities around the world. Here are links to the factsheet and issue brief.

Since 2017, the Ahmedabad Municipal Corporation with partners NRDC, IIPH-G, MHT and others have included a cool roofs initiative as part of the Ahmedabad heat action plan for protecting communities from extreme heat. Ahmedabad’s initiative builds on extensive work by MHT who have installed over 100 cool roofs in low income communities in Ahmedabad, using a technology called ModRoof – roofs made of coconut husk and paper waste – as alternatives to traditional tin and asbestos roofs.

As part of the state building energy efficiency program, the Greater Hyderabad Municipal Corporation, partnered with ASCI, IIIT-H, and NRDC to implement a cool roofs pilot in low-income neighborhoods to showcase the benefits and impact of cool roofs in the city.

Cool roofs programs can have great benefits citywide, and should be tailored to a city’s needs and resources. Three emerging models exist: 1) pilot programs; 2) municipal, voluntary, and corporate social responsibility (CSR) programs; and 3) building code programs. These models for cool roof programs enable cities to steadily make progress while building community awareness and support. These three models allow city cool roofs program to grow from a single neighborhood to a city-wide effort. Identifying and mobilizing funding sources for each phase is critical to the program’s success.