UNDP: Scaling Up the Use of Modernized Climate Information and Early Warning Systems in Malawi 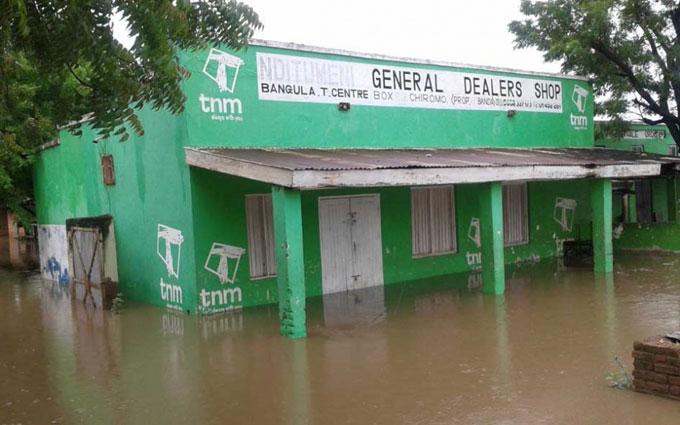 A recently approved project supported by the UNDP and funded through the Green Climate Fund is providing new opportunities to scale up the use of climate information and early warnings in Malawi. The innovative $11 million project focuses on building weather- and climate-related services and has the potential of reaching approximately 2 million people, providing farmers, fishers and communities impacted by a changing climate with the information they need to protect lives and build livelihoods. This includes investing in the use of climate information for planning agricultural and on-farm activities, providing warnings of severe weather for fishers on Lake Malawi, improving flood forecasting and monitoring, and fostering information exchanges through mobile platforms.

Approximately 85 percent of Malawi’s population lives in rural areas with the majority engaged in smallholder rain-fed agriculture. The agriculture sector, including fisheries, remains a key source of economic growth for the country and is extremely vulnerable to climate variability, change and disasters such as floods, droughts, heavy rains and strong winds.

Between 1967 and 2003, the country experienced six major droughts and 18 incidences of flooding, which heavily impacted smallholder farmers. The 2011-12 droughts had severe effects on food security in many districts, with approximately 2 million people affected, particularly in the southern districts. Malawi has just recovered from an intensive flood event in 2015, which left many lives and livelihoods destroyed. It is estimated that the floods affected 1,101,364, displaced 336,000 and killed 104 people.

Currently prevailing drought conditions (due to a strong El Niño) have resulted in extensive crop failures and, combined with rising food prices, up to 2.8m people are facing a worsening food security situation. The current drought comes after a poor 2014/15 season, which also saw poor crop performance, due in large part to a late start of the summer rainfall season (which when it came brought the heavy rains and flooding mentioned earlier).

This combination of consecutive droughts, mixed with heavy floods, makes countries such as Malawi highly vulnerable to climate variability, which is only expected to worsen under a hotter future climate. In particular, increases in temperature will lead to increases in evaporation and water stress, which will negatively affect crop growth, whereas many aspects of the agricultural value chain including drying, storage and transport to market are affected by floods. Increases in the severity of extreme events such as floods and storms (due to rising temperatures and atmospheric moisture) will potentially further exacerbate the hazards faced by both farmers and fishermen. This is of particular concern on Lake Malawi, where fishermen are already forced to search for fish further offshore, regularly encounter severe weather, and take longer to reach the safety of the shore than they did in the past.

Monitoring of the predicted increases in temperature and rainfall variability, as well as the ability to forecast these changes for the coming weeks and seasons, is a key capability that will allow Malawi to effectively adapt to the impacts of climate variability and change. In particular, daily and seasonal weather and climate information can be used by subsistence farmers and fishers to plan planting strategies, crop types, application of agricultural inputs, navigate stormy weather, and plan times and locations for drying fish, etc. Similarly, information on impending floods, taking into account current environmental and social conditions as well as expected and current rainfall across river catchments, enables preparedness activities, which are critical to reducing the vulnerability of communities and livelihoods at risk from flooding.

The Government of Malawi, with the support of UNDP, recently secured funding from the Green Climate Fund to scale up the use of modernized early warning systems and climate information in the country. The project will be implemented by the Department of Disaster Management Affairs (DoDMA), with implementation support from the hydro-met agencies (Department of Climate Change and Meteorological Services and Department of Water Resources), agricultural extension services, fisheries and farmer agencies.

The project will work with communities in 14 food-insecure districts to co-develop tailored weather- and climate-based agricultural advisories to be disseminated through ICT/mobile, print and radio channels. The 3-2-1 service, which allows anyone to access crop advisories through mobile phones, will be enhanced to include weather and climate information (seasonal forecast information and weather conditions). It will also build on existing systems used by the National Association of Small-Scale Farmers (NASFAM) and the Department of Agricultural Extension Services (DAES) who use communication systems (Frontline SMS and ESOKO) for interaction with farmers. The project will develop climate- and weather-related content for distribution to farmers, and strengthen the engagement of the telecom sector to enable expansion of such ICT/mobile platforms.

The project will also scale up the best practices in community readiness to respond to disasters and mitigate key risks. Community-based Early Warning Systems will be scaled up in flood-prone areas and capacities to use and respond to warnings will be strengthened at the national, district and community levels. A key intervention related to this is to strengthen the Emergency Operation Centers, which are critical in planning for disasters, monitoring disasters, and mobilizing resources to manage them. The project will also train communities and civil protection committees to build their capacity for disaster risk management, as well as installing water-level monitoring equipment to help deliver timely warnings.

The project will allow Malawi to extend the coverage of hydrometeorological observational systems, synergizing with ongoing efforts including the LDCF-funded Climate Information and Early Warning Systems Projects.

The expansion of hydromet monitoring stations (including installation of 37 hydrological water level recording stations) and extension of existing forecasting frameworks to the central and northern regions of the country will improve flood risk monitoring, forecasting and water resource planning in the country. Similarly, the installation of 34 Automatic Weather Stations (AWS) will extend the existing coverage to service both the hydrological forecasting and the need for localized weather data to develop the tailored agricultural advisories.

Extension of the severe weather monitoring network will provide information on severe thunderstorms and rainfall for flood forecasting, as well as warnings of lightning strikes and valuable data for developing products that can be combined with existing satellite-based nowcasting systems. This will enable more accurate and timely warnings for fishers over Lake Malawi as well as help forecasters to identify where high-intensity rains may fall. A set of two lake-based weather and wave buoys will be installed on Lake Malawi to measure weather and wave conditions. These will also provide data and information to better predict inclement weather, which poses a danger to fishers; strong Mwera Winds often take lives on Lake Malawi, and the creation of a working early warning system will aid in protecting fishers.