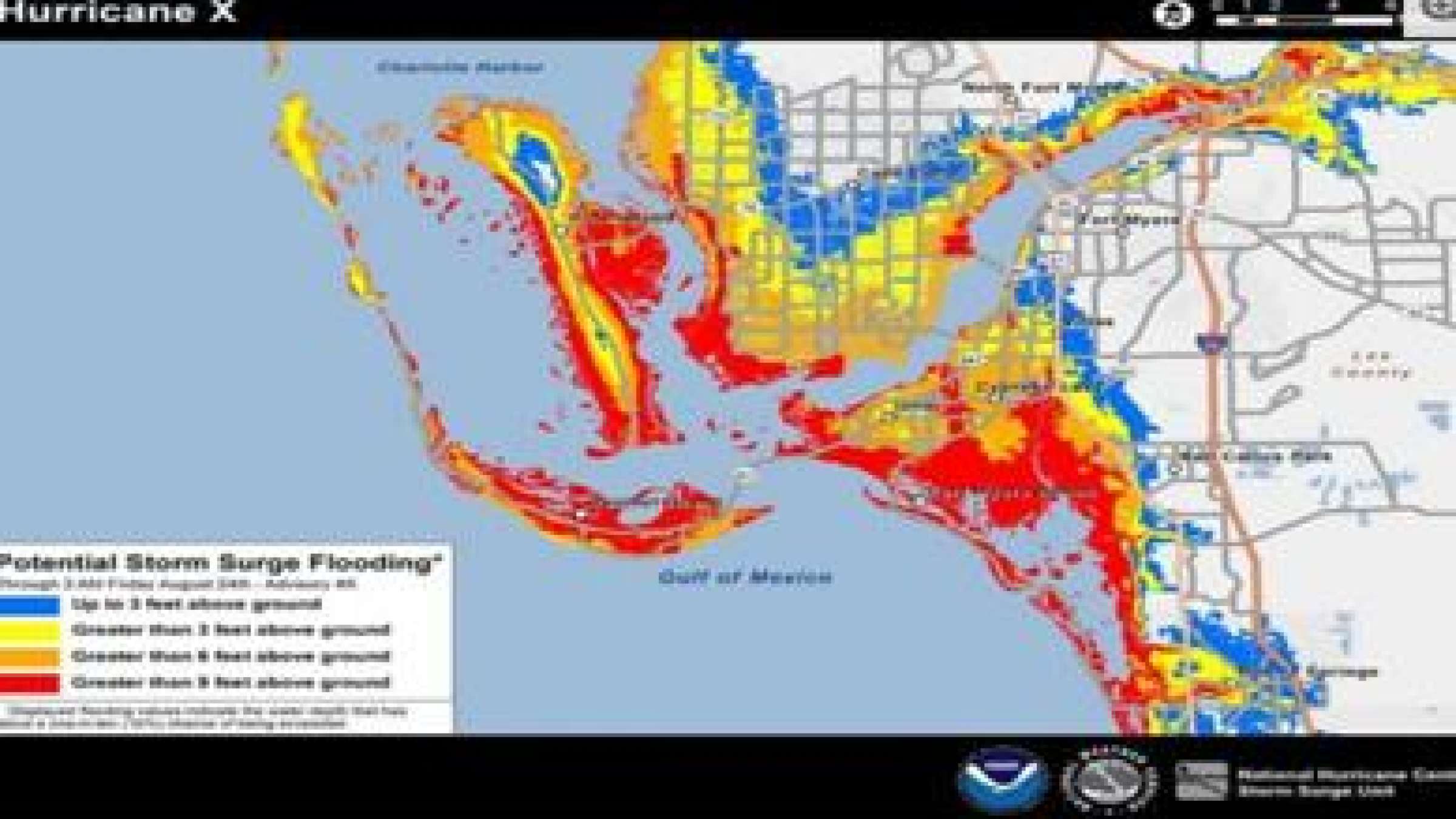 Orlando, Florida - When the Atlantic hurricane season opens June 1, national forecasters will roll out a new feature: color-coded and broadcast-ready maps to graphically show the potential for flooding from storm surges.

"We are not a storm surge savvy nation. Yet storm surge is responsible for over half the deaths in hurricanes. So you can see why we're motivated to try something new," said Jamie Rhome, storm surge specialist for the National Hurricane Center in Miami.

The maps are the result of years of experience and recent polling that found most Americans living on vulnerable coastlines paid too much attention to hurricane wind strength and not enough to storm surge before deciding whether to evacuate ahead of a storm, Rhome said during an interview at this week's National Hurricane Conference in Orlando.

"If they can see the ocean from their house, you've got a fighting chance of convincing them, hey, the ocean could come into your house. But once you get inland just a few blocks, the overall awareness of storm surge drops precipitously," Rhome added.

Superstorm Sandy's devastation of New York and New Jersey in 2012 and Hurricane Ike's landfall near Galveston, Texas in 2008 most recently highlighted the need for greater focus on the flood risk.

"The Northeast, at least at the time, didn't have a whole lot of experience with hurricanes. When we were trying to communicate just how devastating the surge would be, people had a hard time visualizing the water going into Manhattan," Rhome said.

The new maps, which will be issued 48 hours before landfall and updated every six hours, will enable people to see whether their property is likely to flood. Everything about the maps from the colors, backgrounds and legends were tested in focus groups, Rhome said.

The need for greater education is growing along with coastal population densities and rising sea levels.

"It's clear to me this is going to have a positive impact on how people understand their threat," Rhome said. "Whether or not it causes them to take an action is yet to be seen."

The 2014 Atlantic hurricane season is expected to be quieter than normal, with a below-average number of storms and hurricanes, a leading U.S. hurricane forecasting team said last week. (Editing by David Adams and Steve Orlofsky)