UPLOAD YOUR CONTENT
Updates
Source(s)
Parliament of the United Kingdom 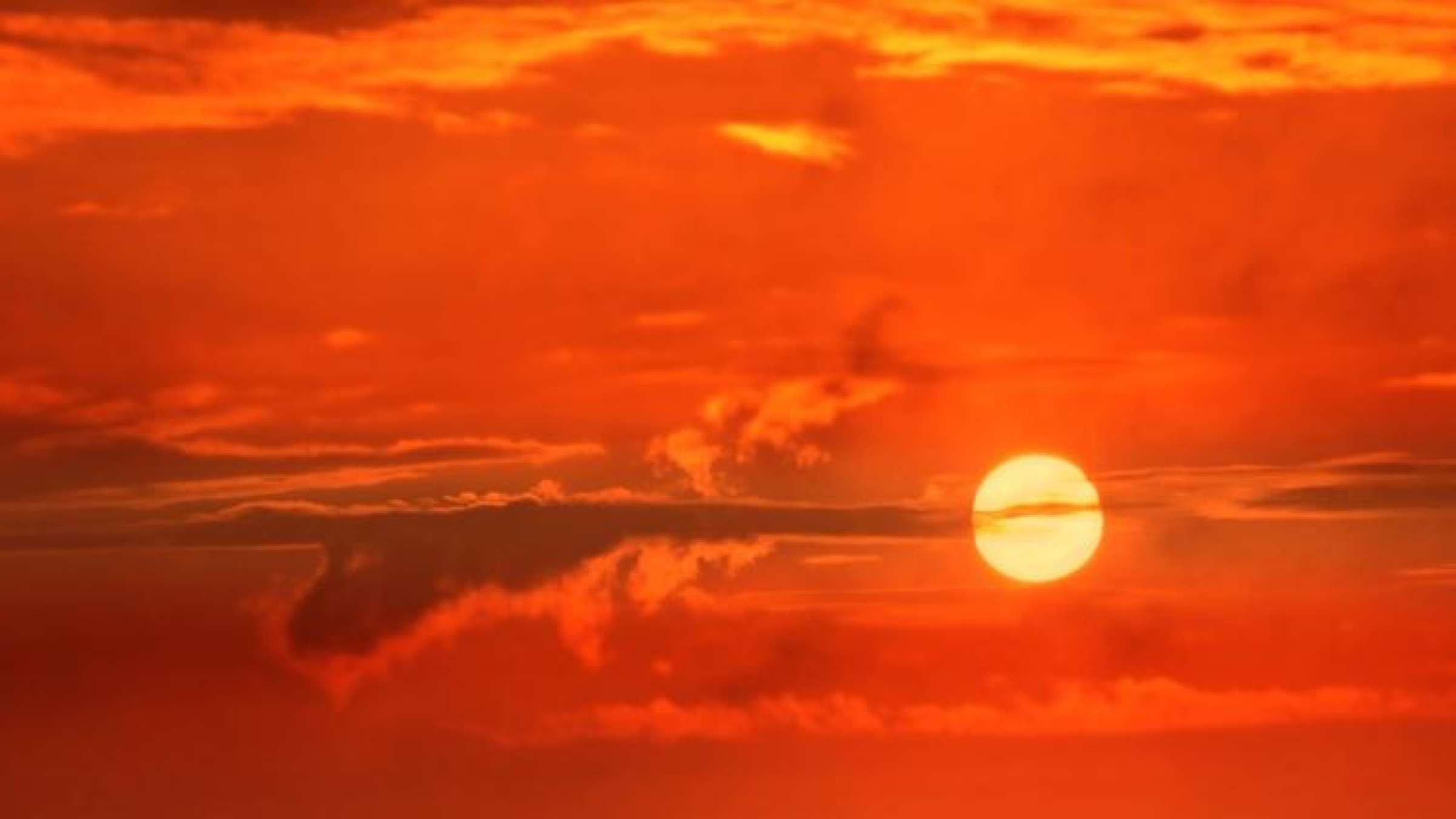 Prediction that higher temperatures which caused 2000+ deaths in 2003 will be summer norm by 2040s making adaptation to heatwaves a matter of life and death.

The Environmental Audit Committee has published its report into ‘Heatwaves: adapting to climate change’.

The Committee has found that failing to address the danger of heatwaves will threaten the wellbeing of an increasing number of vulnerable people.

“Heatwave warnings are welcomed as barbecue alerts, but they threaten health, wellbeing and productivity. The Met Office has projected that UK summer temperatures could regularly reach 38.5°C by the 2040s. The Government must stop playing pass the parcel with local councils and the NHS and develop a strategy to protect our ageing population from this increasing risk.

“Heatwaves cause premature deaths from cardiac, kidney and respiratory disease. There will be 7,000 heat-related deaths every year in the UK by 2050 if the Government does not take action.

“The Government needs to do more to warn the public of the health risks of heatwaves, particularly when they fall outside of the summer period, and should appoint a minister to lead work across Government. The Government’s new adaptation plan promises no effective action to prevent overheating in buildings. It must change building regulations and planning policies to ensure homes and transport networks are able to deal with extreme heat, and that local authorities and cities have green spaces and heat-resilient infrastructure.”

The Committee has called on the Government to:

Full background on each recommendation follows

Heatwaves place strain on the NHS and social care system. During the 2013 heatwave, double the amount of consultations for heat-illness took place compared to a non-heatwave year. Hospitals can overheat to 30 degrees Celsius when the temperature outside is just 22 degrees Celsius. However, the NHS only asks hospitals and other healthcare organisations to report on their preparation for winter pressures.

NHS England’s Emergency Preparedness, Resilience and Response assurance does not account for the risk of overheating hospitals, and the Care Quality Commission do not inspect for it either. The ability of nursing homes to cope with the serious health impact of heatwaves on older people is not assessed. This is worrying given that in the 2003 heatwave, excess deaths in nursing homes in some parts of the UK rose by 42%.

Certain types of homes (single aspect flats, houses built in the 1960s and 1970s) and densely populated urban areas are at significant risk of overheating. Even at current temperatures, 20% of UK homes overheat. This presents a risk to those who are vulnerable to high temperatures such as older people, those with underlying cardiovascular or respiratory conditions, those with disabilities and children.  There is no building regulation to prevent overheating in buildings, and tests to identify overheating are weak and ineffective.

However, the Committee heard uncertainty from Government Ministers about whether the building regulations should be used to protect human health. The Chartered Institution of Building Services Engineers believe building regulations should be changed to protect health, and have developed a series of tests to prevent buildings overheating at design stage.

The Committee heard that public money is used to support the construction of modular homes. According to a study on Modular Construction in UK Housing by Pinsent Masons, there are currently around 15,000 modular homes built in the UK each year by China National Building Material Company. Modular homes are not resilient to heatwaves, and the Committee is calling for the Government to end public funding for them.

Cities can be up to 10°C hotter than surrounding countryside due to the urban heat island effect; hard surfaces in urban areas absorbing heat during the day and emitting heat at night. Overheating at night prevents physiological recovery from heat. In the 2003 heatwave, excess deaths in London increased by 42%. However, measures to reduce the urban heat island effect are not included in local plans and the Government’s planning framework does not make mention of it. The Government should introduce an urban green infrastructure target as part of the metrics for the 25 Year Environment Plan and in the National Planning Policy Framework to ensure towns and cities are adapted to more frequent heatwaves in the future.

Heatwaves can cause railway tracks to buckle and roads to melt. Only 50% of the UK’s motorways and major roads are surfaced with material that is the most resilient to the kind of summer temperatures the UK is beginning to experience regularly. During the June 2018 heatwave, railway tracks buckled causing significant delays either because trains could not operate or because they had to be run at a slow speed to avoid damage. This means that passengers sometimes have to endure rail journeys in uncomfortably hot carriages.

There are also concerns that the health risks and service disruption of travelling at peak times during a heatwave results in economic losses as staff may not be able to get to work. There is no regulation on maximum workplace temperature, resulting in difficult working conditions particularly for those engaged in heavy manual labour or outdoor work. The Committee is calling on the Government to make businesses aware of the developing threat of heatwaves and the economic consequences and for Public Health England to issue formal guidance to employers to relax dress codes and allow flexible working when heatwave alerts are issued.

Additionally the Committee recommend that the Government should consult on introducing maximum workplace temperatures, especially for work that involves significant physical effort, and that the Department for Education should issue guidance for head teachers about safe temperatures in schools and relaxing school uniform policy during hot weather.

The UK’s water supply is expected to reduce by 4–7% and this will be exacerbated by the increasing demand for water during heatwaves, particularly in cities. The Committee is calling for the Government to raise its ambitions for water efficiency by adopting 110 litres per person per day as the mandatory standard in Part G of the building regulations for all new buildings.

Adapting to heatwaves is complex. The impact on health can be affected by overheating on public transport, in cities and in buildings, with policies spanning several government departments and local government. Although the Department for Environment, Food and Rural Affairs have overall adaptation responsibility, the Department of Health and Social Care holds responsibility for heatwaves and heat-health. Therefore, we were concerned to hear that despite these significant health hazards, the Minister for Public Health, Steve Brine MP, did not consider it his department's responsibility to take active steps to address the heat-health issues of overheating buildings and planning policy.

The Committee is calling on the Department of Health and Social Care to provide a Ministerial lead on responsibility for climate change related health risks. The Minister should work closely with DEFRA, and across government, to ensure there is a holistic and coordinated approach to adapting to the health risks of climate change, building on the advice of the Committee on Climate Change.

In August 2003 temperatures reached 38.5°C in England and there were 2,193 heat-related deaths across the UK in 10 days. The Met Office predicts that similar heatwaves will occur every other year by the 2040s.  Prolonged periods of high temperatures cause cardiac and respiratory disease leading to excess deaths, particularly in older people. The average number of heat-related deaths in the UK is expected to more than treble to 7,000 per year by the 2050s.

Although extreme heat events have become more common in Europe since the 1950s, there is public misconception that heatwaves have become less frequent. The Government does not provide clear information for the public on the developing threat of heatwaves.

The Government’s heatwave alert system only runs from June to September, so vulnerable people are not warned about unseasonal heatwaves. Moreover, the Committee heard that alerts are only put out if a threshold of approximately 30°C is reached, even though the Medical Director at Public Health England acknowledged that heat-related deaths begin when temperatures rise above 25°C.