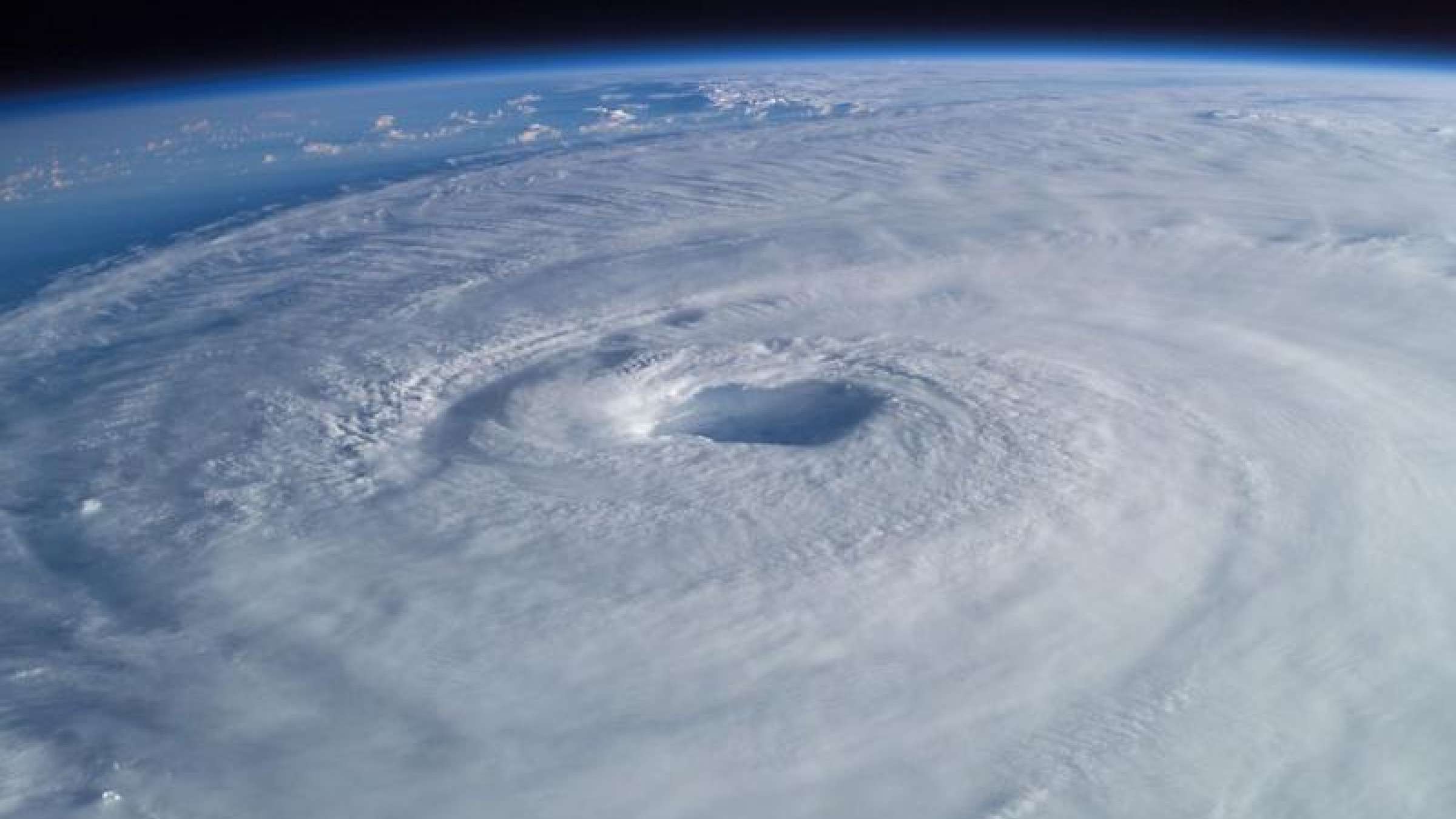 New research, led by Loughborough University academics, has found that tropical cyclones followed by deadly heat is an emerging weather threat that could put millions of people at risk as global temperatures continue to rise.

Climate scientist Dr Tom Matthews and Professor Rob Wilby hope their findings will act as a ‘stark warning’ and raise awareness of the previously hidden hazard so measures can be put in place to protect vulnerable communities.

Until now, little was known about the possibility of deadly heatwaves – which have temperatures that feel like 40.6°C and above – following major tropical cyclones (rapidly rotating, very intense storm systems that form over tropical oceans and have winds of hurricane force).

Dr Matthews and Professor Wilby, in collaboration with Dr Conor Murphy, of Maynooth University, examined the tropical cyclone-deadly heat connection as it has serious potential consequences.

Mega-electricity blackouts have been known to follow powerful tropical cyclones as with the 2013 Typhoon Haiyan (Philippines), 2017 Hurricane Maria (Puerto Rico) and 2012 Typhoon Bopha (Philippines). These events incurred between 3.2 and 6.1 billion customer hours of lost supply over one or two months.

With around 1.6 billion units in operation, air conditioning reduces vulnerability to extreme heat so populations with a heavy reliance on the units may become highly exposed in the event of power failure.

The threat may also extend beyond those with loss of air conditioning as cyclones can leave millions of people without a home and relief housing may not provide safe refuge from extreme heat.

Dr Matthews, Professor Wilby and Dr Murphy worked together to assess how likely tropical cyclone-heat events are and were in the recent climate and how this likelihood may change as the earth continues to warm.

They used computer models to generate future possible climates and predict extreme weather events occurring in worlds 1.5°C, 2°C and 4°C warmer than pre-industrial times (a time period used as a baseline as it is before fossil fuels were burnt on a large scale, seriously altering the climate).

They also used observational records from 1979-2017 to see how hot and humid temperatures have been in the wake of previous major landfalling tropical cyclones. 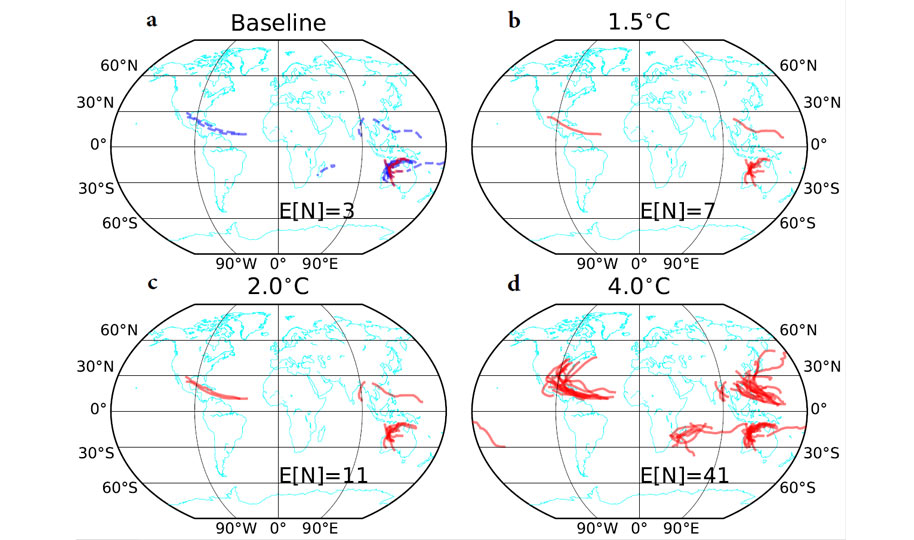 The team found that the tropical cyclone-heat hazard is already possible along some of the world's most densely populated coastlines in our current climate, but only an estimated 1,000 people have been affected over the last 30 years and mainly in remote northwest Australia.

However, their results revealed that the probability of the tropical cyclone-heat hazard will increase rapidly as the climate warms.

This is because relatively small changes in the earth’s average temperature lead to large increases in the frequency of dangerous humid heat in areas relatively close to the equator, where tropical cyclones occur.

If the climate warms further, the rise in humid heat means potentially deadly heatwaves are more likely to occur in these locations in late summer – the time when tropical cyclones are most likely to strike.

Previous research has found that the earth is likely to warm by more than 2°C this century, though the Paris climate agreement looks to “keep a global temperature rise this century well below 2°C above preindustrial levels and to pursue efforts to limit the temperature increase even further to 1.5°C”.

Through their analysis, the researchers concluded that if temperatures were sustained at 2°C above pre-industrial levels for 30 years, the number of people affected by this hazard would rise to over 2 million.

For the 1.5°C warming, the figure is 1.2 million and it reaches almost 12 million if the earth’s climate were to warm to 4°C above pre-industrial temperatures (and under this scenario, the researchers expect the hazard to be an annual occurrence).

The team say the hazard could impact coastlines around the world that sit close to the equator, including the Gulf of Mexico, the Philippines, the Bay of Bengal (India), and northwest Australia.

They say what is even more concerning is the fact the number of people affected will likely be much bigger than their predictions as their projections do not factor in population growth or potential changes to the cyclones themselves.

“Although a tropical cyclone–heat event has not yet impacted a heavily populated coastline, the likelihood is growing, and it is down to luck that more people haven’t been affected so far.

“The absence of experience in dealing with such a compound hazard places those exposed communities at even greater risk.

“By drawing attention to this emergent hazard, we trust that our study will stimulate further research and adaptation planning to protect those at growing risk from a tropical cyclone–heat compound event.”