Scotland urged to be prepared for festive season flooding 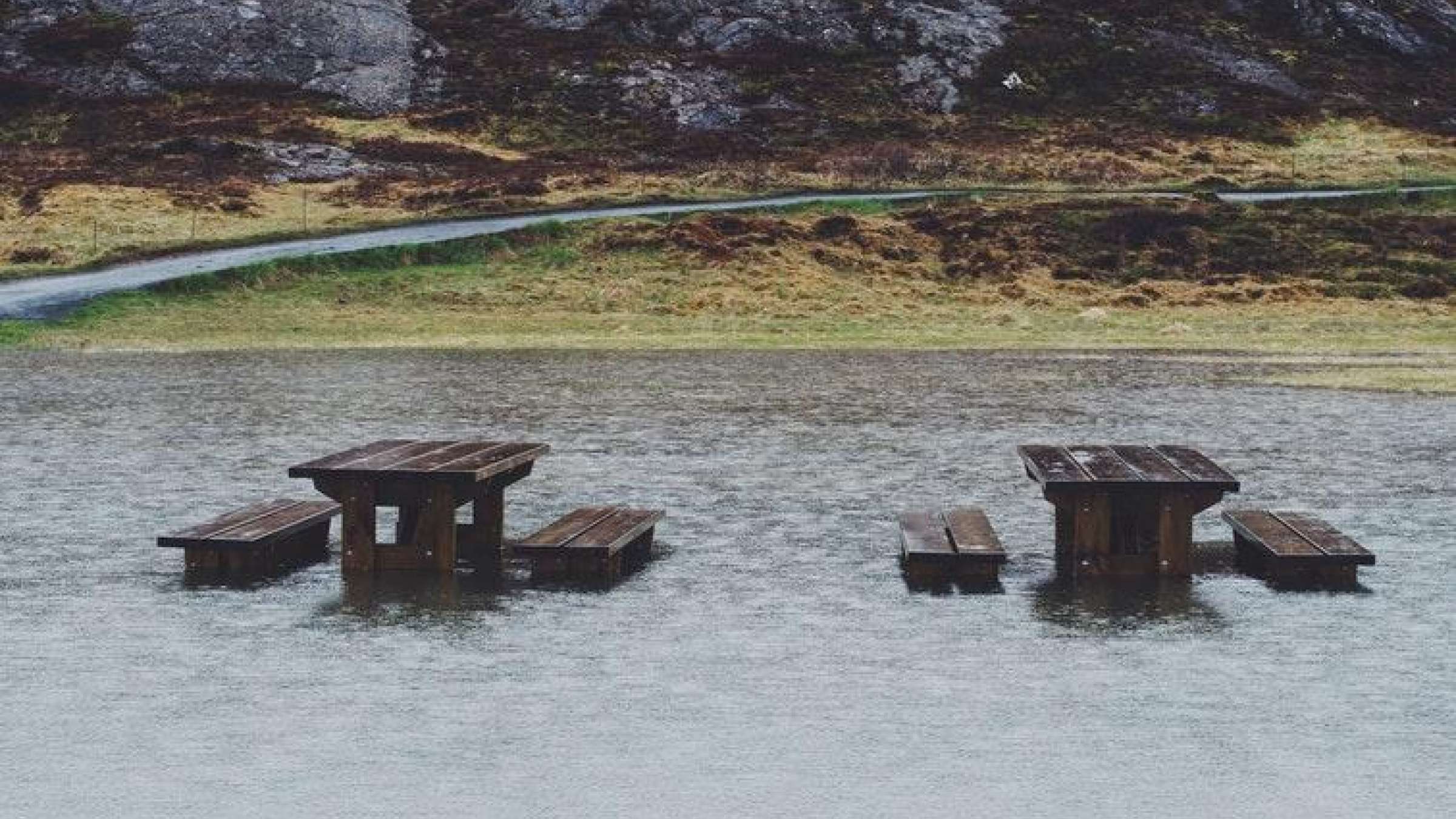 As climate change exposes Scotland to rising sea levels and the promise of more frequent extreme weather events, the Scottish Environment Protection Agency is urging businesses and homeowners to be prepared for winter flooding over the festive season.

“Being flooded can be a life-changing event, and with so many Scottish homes and businesses at risk of flooding, especially during the winter months, it’s important to have the appropriate measures in place to protect yourself and your loved ones,” explains Stewart Prodger, from SEPA’s Flooding team.

“Sixty per cent of Scottish homeowners surveyed know it’s their responsibility to protect their own property, and more than half know to contact SEPA for flood warning information. If people are travelling over the festive season and leaving their home empty, it’s more important than ever to be prepared for flooding.”

To help everyone be aware and be prepared, SEPA’s free public flood warning service, Floodline, operates 365 days a year. Hundreds of regional Flood Alerts and local Flood Warnings get issued every year and over 27,000 customers nationwide opt to receive these directly, with many thousands more accessing them online.

When Storm Frank hit Scotland around Hogmanay in December 2015, it caused widespread flooding across Scotland. More than 100 flood warnings were issued and SEPA’s 24/7 contact centre received more than 3,300 calls. In Ballater in Aberdeenshire, more than 300 properties were affected when the River Dee burst its banks.

David Cobban and his wife Wendy run the Brakeley Gift Room, a gift shop on Bridge Street in Ballater, which bore the brunt of the flooding.

“We’d only been open for 12 weeks when the flood hit our shop, which is probably at the lowest point on Bridge Street,” Mr Cobban said. “There was already about four feet of water in the shop by the time we arrived in the morning and it wiped out 100% of our stock. So we had to strip everything back to the bare stone and refurbish. Thankfully, my day job is a quantity surveyor in Aberdeen, so I managed to put back everything fairly quickly. But we were still unable to trade for about four months.”

With a number of shops around the village closed, the immediate worry was whether local residents and visitors would still come to Ballater.

“Ballater has done a great job,” Mr Cobban continues. “It’s really been very resilient and the community has really pulled together. It’s easy when you’re flooded to think – that’s the end of your business. But in the cold light of day, the world keeps spinning and you’ve got to get out and get back trading as quickly as possible. People in the village went out of their way to come to the shop and the local community was really supportive of all the businesses in Ballater. That really helped. There’s a lot more liaison now between retailers and businesses in the village and I think we’re probably trading better than ever.”

The Cobbans signed up for free flood warnings from SEPA’s Floodline in the aftermath of Storm Frank and made other winter readiness preparations including fitting flood gates to the three doorways into the shop. These have expanding seals that can be activated to stop water entering through gaps around the door. Ballater also created its own Flood Resilience Group to help alert and support local businesses and residents during times of heightened flood risk.

Stella Potter, a local resident, is a volunteer with the resilience group. Her property had 5 feet of water in the stairwell during the Storm Frank floods.

“I couldn’t stay in the house because I had no electricity and no heating,” Mrs Potter explained. “So I went to stay with friends who were not in the flood zone until the electricity came back on and I could get some fuel.”

Mrs Potter subsequently fitted a flood door to her property and now keeps a grab bag prepared for any emergencies.

“It has my documents, a battery-operated radio, a torch and a sleeping bag,” she explains. “I also keep a back-up phone charger and spare mobile phone, and a notebook with various useful numbers like insurance and policy numbers.”

SEPA has been working with the Scottish Government, local authorities and other partners to help assess and manage the impact of flooding through the National Flood Risk Assessment (NFRA).

First published in December 2011, the NFRA has provided Scotland with the knowledge and tools to assess the causes and consequences of river, coastal and surface water flooding, taking into account the effects of climate change. It considers the potential impact of flooding on human health, economic activity, the environment and cultural heritage and is based on the most up to date data available.

The latest assessment estimates there are around 284,000 homes, businesses and services across Scotland at risk of flooding from rivers, surface water and the sea. With advances in technology allowing flood risk data to be gathered in more detail, this figure is more than twice as many as the 108,000 homes, businesses and services identified to be at risk in the 2011 NFRA and 2015 Flood Risk Management Strategies.

This is due to major advances in our understanding and science, not because the physical risk has changed. New tools and technology have allowed scientists to more accurately assess flood risk with increased granularity. For example, the latest figures take into account more than just a building’s address to gauge its risk factor.

The latest NFRA takes into account large complex sites like universities which, while only having one address, will have multiple buildings or small workshops. In the previous NFRA, this would have been counted as just one property.

“This is our best understanding yet of flood risk in Scotland, with a wider and more detailed national picture than ever before,” explains Steve McFarland, in SEPA’s Flood Risk Planning and Policy team. “Scientific knowledge and understanding of flood risk is constantly evolving. Better data and access to improved mapping and modelling has advanced our understanding of the location of properties at risk. This means SEPA and its partners are better able to reduce the risk to people, properties, businesses, communities, infrastructure and the environment from the potential impact of future increased flooding.”

In a YouGov survey conducted on behalf of SEPA, 91% of Scottish adults feel that Floodline is an important service for flood-prone communities. More than half (53%) of Scottish adults are concerned about more frequent and severe flooding impacting Scotland, rising to 58% amongst those aged 55 and over. But almost 70% (69%) of Scottish adults living in a flood-prone area have not considered putting flood control measures in place over the festive season, such as sandbags, flood gates for properties or installing air brick covers.

“Homeowners, businesses and communities need to recognise their risk, get prepared and take action to help reduce the impact that flooding on their life,” SEPA’s Stewart Prodger concludes.

Here are five simple things that you can do in advance in case flooding is forecast:

The Scottish Government is committed to working to reduce flood risk across Scotland and is investing £420 million over the next ten years to protect homes in many of Scotland’s most flood-prone areas.

You can use this link to search for an area of interest using a postcode district, local authority, town or settlement or by Potentially Vulnerable Area (PVA). The tool is not designed to identify individual properties at risk of flooding. Instructions on how to use the tool are included in the link, alongside more information on the NFRA.