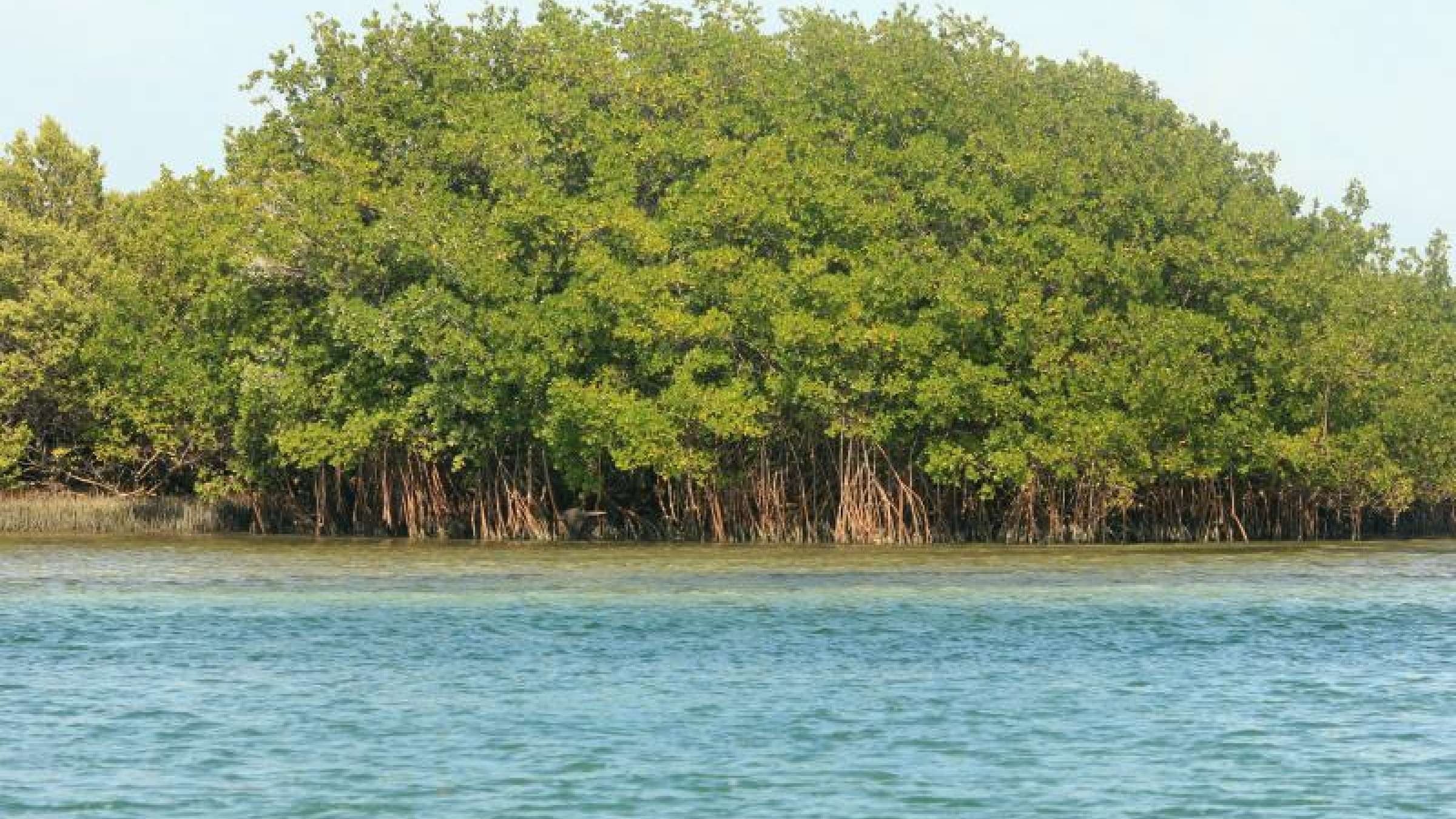 Ali Omar remembers a time when the practically bare patch of desert in northern Djibouti he calls home was a bustling seaside resort and the waters around it were teeming with fish. “Lots of people lived here and they had shops all along the seaside,” says 75-year-old Omar, recalling his hometown Khor Angar’s 1970s heyday, before it was hot year-round and the village had dwindled to just a few huts in the desert.

“You used to need a jacket around here,” he says, squinting in the morning sun next to a sparkling shoreline, now empty apart from crabs scuttling to and from the froth. There used to be enough fresh water for all and so much seafood that planes would come from the capital to fill up with lobster, crab, fish and langoustine.

“And then the problems began,” says Omar. Rising seawater started forming sand banks that blocked a channel feeding oxygenated sea water to a mangrove forest providing a breeding ground for fish and crabs. As trees wilted and died, their fallen trunks further suffocated the forest.

“There was dead wood everywhere inside the forest that stopped the rest of the trees from getting freshly oxygenated water,” says Mohammed Omar, who runs a small eco-hotel next to the mangroves. “Mangroves need mud to grow, but the sand was coming in, smothering them, and the water was stagnating because the salt water they need was blocked from entering”, he says. “A lot of mangroves died and the fish went away.”

The forest kept shrinking as the local community chopped down trees for firewood and timber, while natural reforestation—falling mangrove seeds creating new trees—stopped due to the degradation.

“Mangroves are very important for the ecosystem and to protect the small fish that are growing there,” says mangrove expert Hassan Haissama Gozola, who works at Djibouti’s Ministry of Environment. “Fish come to nest there and lay their eggs, and hatchlings need a place to grow before going out to sea,” he adds.

With the fish business waning and the supply of fresh water drying up, people who had lived in the desert for generations started moving away. Those who stayed had to pay for fuel to power generators to pump fresh water from the ground—water that was becoming increasingly hard to reach due to salt water intrusion into aquifers, or pay for water trucks to come from the nearest town.

Globally, rising sea levels and temperatures, deforestation and increasingly unpredictable rains are damaging fragile coastal ecosystems and putting people in already arid and poor countries like Djibouti at the forefront of the battle against climate change.

“Khor Angar is the biggest mangrove forest in Djibouti and the most important. It used to span 120 hectares and dropped to 60 hectares,” says climate change adaptation specialist Mohamed Ahmed Djibril, who works for Djibouti’s Ministry of Environment. “To make sure it didn’t disappear, we had to intervene.”

To save this important ecosystem and the people who rely on it from ruin, the Government of Djibouti, UN Environment and partners have helped the community to restore forest areas, unblock canals and improve the drinking water supply.

With just over US$2 million in funding from the Global Environment Facility, the project supported the restoration of mangrove forests to provide a buffer for important ecosystems and communities from seawater intrusion. The community cleared the debris clogging up the forest, and mechanical diggers were brought in to drag out the larger pieces and clear the sand from seawater channels. When the circulation of water was restored, the forest could breathe and grow again.

New generations of mangroves now dot the shore in an area outside the village that has been fenced off to stop camels—the only animal that can now survive here due to the lack of pasture—from eating the plants.

The Khor Angar nursery now produces around 35,000 seedlings per year and the community has planted more than 100,000 seedlings in total, says Djibril, who oversaw this pilot project. “The most important thing for us was to make sure the community that depend on these mangroves can live and keep living from them,” he says.

It will take between 50 and 100 years to fully restore the mangrove forest, but the community is already seeing results, most noticeably with the return of crabs to the area. It’s not like it was in its heyday, explains Ali Omar, “but it is getting better, little by little”. The aim is for natural reforestation to take over from the project’s success at replanting mangroves with only a 0.5 per cent mortality rate.

Khor Angar is one of two sites in Djibouti where the project has helped communities to adapt to climate change, and the effects of more frequent droughts and erratic rains. In an area of southern Djibouti called Damerjog, the project constructed three small dams to improve farming and prevent salt water from intruding into wells, as well as supporting the installation of solar-powered irrigation in 18 farms.

Further inland from Khor Angar, UN Environment and partners have also supported the construction of a small tree nursery to grow date palms for shade and fruit, and to test whether areas of the desert can be successfully regreened. “There used to be so much forest here that you would not even be able to see if people were passing,” says Ali Ibrahim Mohammed, 65, who has watched the weather changing.

“When I was little it would rain every season, and for the past ten years, it hasn’t rained at all,” he says. “Without trees there is no rain and without rain there is nothing.”

Mohammed hopes that the now knee-high cluster of date palms planted in 2014 will survive and that the reforestation initiative will be expanded to ensure the survival of people living in the surrounding areas.

Abdul Mohammed Omar still walks two kilometres a day to guard and water the trees, even though he is no longer being paid. “I am working for my country and community,” he says, adding that he dreams of the day when the trees will bear fruit and provide much needed patches of green and shade in the Djiboutian desert.