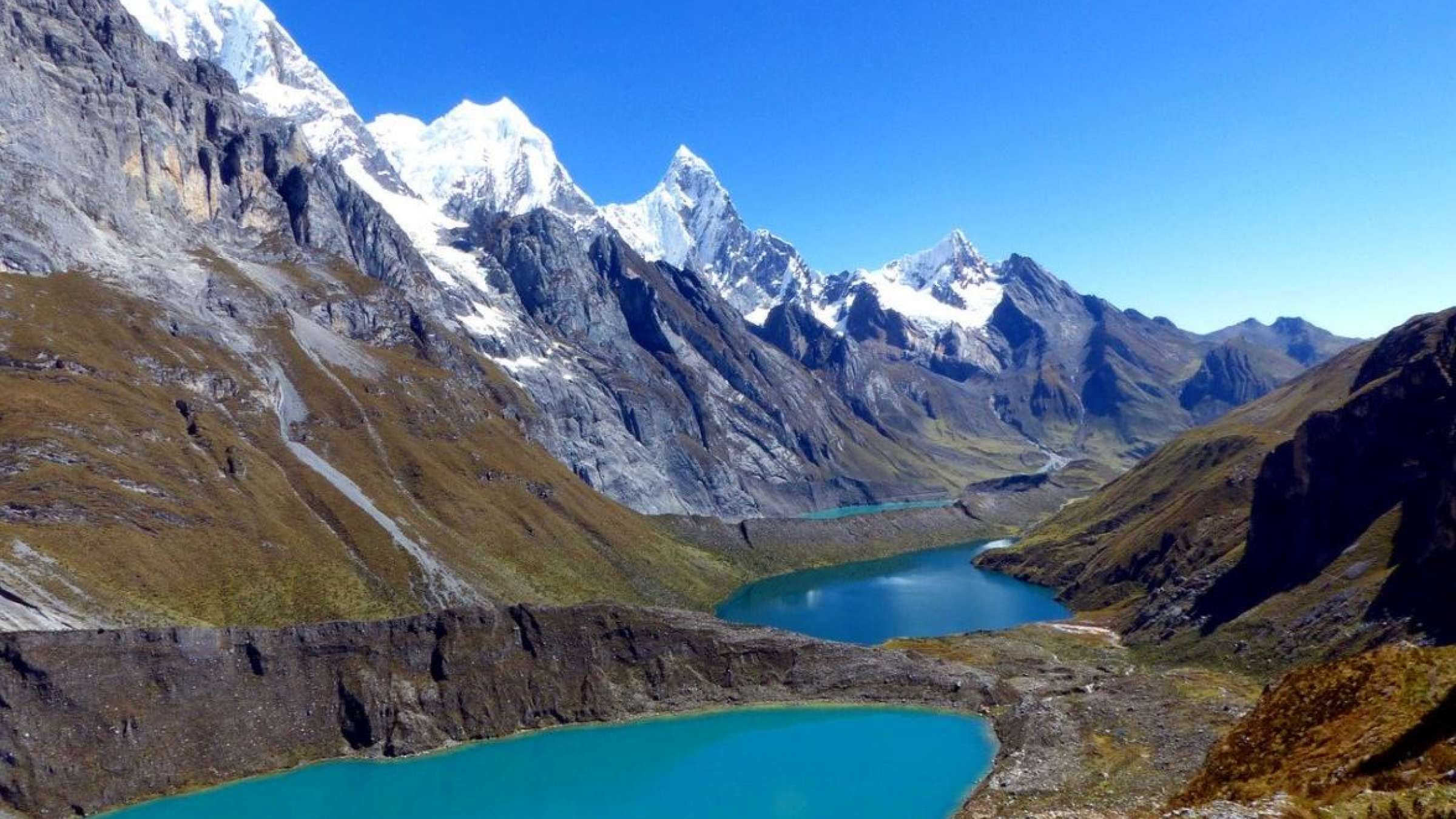 Glaciers are retreating on a near-global scale. It takes only a short drive from Calgary up to the Athabasca Glacier in the Columbia Icefields to see an example of the changing landscape apparent within our lifetime.

A new study led by Dr. Dan Shugar, PhD, with collaborators from governments and universities in Canada, the United States and the United Kingdom, uses satellite data from NASA and Google Earth Engine to analyze all of the world’s glacial lakes. Published in Nature Climate Change, it is the largest-ever study of glacial lakes in terms of geographic scope.

The study found that the volume of water in glacial lakes has increased by 50.8 cubic kilometres — about 50 per cent — since 1990. To put that number into context, the increase in glacial lake water over the last 30 years is equivalent to the volume of 20 million Olympic-size swimming pools.

Glacial lake volumes around the world currently total approximately 156 cubic kilometres of water. While some of the water from melting glaciers ends up flowing into the oceans, a substantial amount also feeds glacial lakes, which have been growing dramatically over the last several decades. Because of this, communities in areas downstream from these growing glacial lakes are increasingly at risk of destruction due to serious flooding.

Shugar is an associate professor in the Department of Geoscience, and director of the Environmental Science Program. As the leader of the Water, Sediment, Hazards, and Earth-surface Dynamics (waterSHED) Lab, he works across a variety of landscapes and time frames to understand how the Earth's surface evolves, particularly as a result of contemporary climate change.

His work on this study began as part of a grant from NASA that focused on using satellite remote sensing and other tools to understand changes in High Mountain Asia.

Initially, he had planned to use NASA’s Landsat data, aerial photos, and declassified spy imagery to examine approximately two dozen lakes over the span of five decades and hand-traced the changes.

Shugar and his former student at the University of Washington Tacoma decided to take advantage of new data analysis tools to scale up the analysis — a decision that would not have been possible a decade ago. “We wrote some scripts in Google Earth Engine, an online platform for very large analyses of geospatial data. We first wrote the code to look at all lakes in High Mountain Asia, and then decided to look at all glacial lakes in the world,” Shugar explains. “From there, we were able to build a scaling relationship to estimate volume based on the area of this large population of lakes.”

This change in the process allowed them to look at the data in five-time steps since 1990 to look at all the glaciated regions of the world except for Antarctica and analyze how the lakes changed over that period.

The models used to date by the Intergovernmental Panel on Climate Change (IPCC) to translate glacier melt into sea-level change assume that water from glacier melt is instantaneously transported to the oceans.

However, Shugar explains, “They know not all water is making it into the oceans immediately. However, until now, there was no data to estimate how much was being stored in lakes or groundwater. That was one of our driving reasons to scale up the study to a global analysis.

"Assuming all of the glacial lakes dumped at once — which is not happening — that 156 cubic kilometres of water spread out evenly across all oceans would raise sea level by about 0.43 millimetres. The sea level component is not large, but it was unknown until now.

“The volume of water being stored is important for a number of reasons,” he continues. “While one is to understand how the climate is affecting glaciers and sea levels, the most important consideration is the change in the risk landscape.”

Glacial lakes, which are often dammed by ice or glacial sediment called a moraine, are not stable like the mountain lakes most are used to seeing. Rather, they can be quite unstable and they can burst their banks or dams, causing massive floods downstream. These kinds of floods from glacial lakes, also known as glacial lake outburst floods or GLOFs, have been responsible for thousands of deaths over the last century, as well as the destruction of villages and infrastructure and livestock.

“This widespread glacial lake expansion represents a threat to communities and ecosystems — something people have not been thinking about in the public climate change discussion,” says Dr Jeffrey Kargel, PhD, senior scientist at the Planetary Science Institute and a co-author on the paper.

“Glacial melting is associated with the loss of freshwater and rivers like Colorado. This is a new dimension of the problem that needs to be considered.”

“The big issue is for many parts of the world where people live downstream from these hazardous lakes, mostly in the Andes and in places like Bhutan and Nepal, where GLOFs can be devastating,” Shugar says. “Fortunately, organizations like the UN are doing or facilitating a lot of monitoring work and some mitigation work where they’re lowering the lakes to try and decrease the risks.

"Since we don’t have much in the way of infrastructure or communities that are downstream, the chances of a GLOF having major impacts in North America are fairly low. But we’re not immune to it.”