Source(s)
In Asia, The Asia Foundation 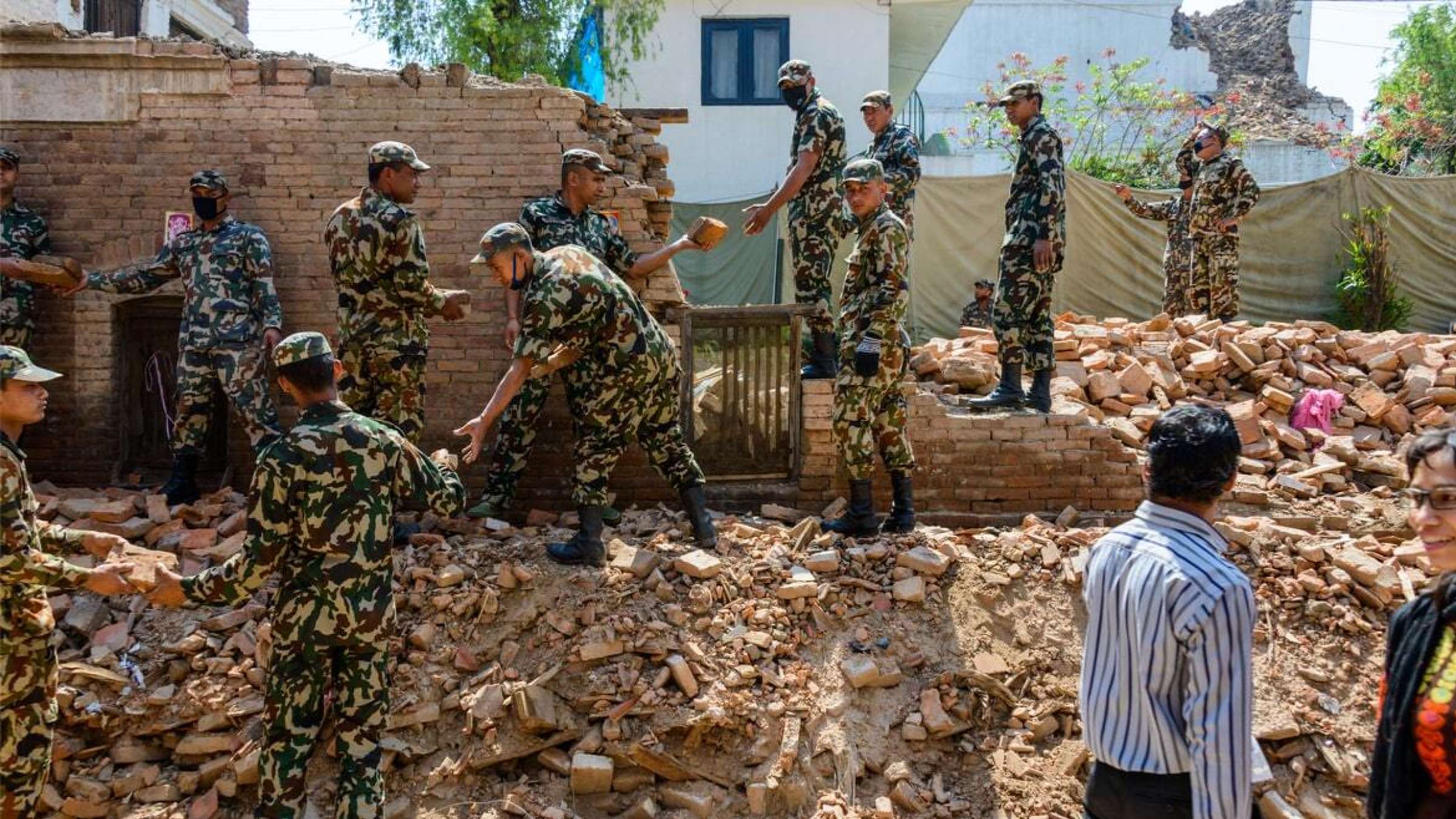 Nature-induced disasters can strike anyone, anywhere, but they have a disproportionate impact in the developing world. Developing nations lose an average of 1 percent of GDP each year to disasters, compared to 0.1 to 0.3 percent in developed nations.

The Indo-Pacific region is particularly vulnerable. According to the Intergovernmental Panel on Climate Change (IPCC), the future will bring increasingly frequent and intense disasters to Asia and the Pacific Islands, with grave impacts on the socioeconomic development of this region of 4.3 billion people.

The U.N.’s 2022 Global Assessment Report on Disaster Risk Reduction predicts, based on current trends, that the annual number of disasters around the globe may increase as much as 40 percent by 2030. Economic losses from disasters have already more than doubled over the past three decades. Every nation, and the global community as a whole, must take action to mitigate disaster risks and build resilience in order to reduce the destruction of lives and livelihoods, especially for the most vulnerable.

Target F of the Sendai Framework for Disaster Risk Reduction calls on nations to “substantially enhance” international cooperation with developing countries to implement the disaster risk reduction framework by 2030, but it has gained little apparent traction. For every US$100 of disaster-related official development assistance (ODA), just 50 cents are invested in disaster risk reduction. There is more cooperation in disaster response than disaster preparedness.

A 2015 report from the Overseas Development Institute (ODI) and the World Bank attributes this, in part, to the erroneous perception that investing in disaster preparedness is “a gamble that only pays off in the event of a disaster.” Developing countries in the Indo-Pacific find themselves in the difficult position of trying to prepare for a disaster that is only a possibility while maintaining harmony among political, social, and economic interests that compete for the same resources. Too often, it is more politically expedient to steer time, energy, and resources towards disaster response, where the public benefits are obvious to all.

But the same ODI–World Bank study presents evidence that investing in disaster resilience not only saves lives and reduces losses, but also unlocks economic potential. Road improvements, river embankments, and weather forecasting capabilities reliably bring other development benefits, even in the absence of a disaster. Measures that reduce disaster risk increase economic confidence and encourage investment, entrepreneurship, and innovation. Mexico’s CADENA program, for example, showed that weather-indexed insurance not only helps to compensate for drought losses, but also increases the productivity of small-scale farmers. With insurance in place, farmers could borrow more easily, mitigating previous underinvestment in tools and fertilizer. Maize yields from farms in the insurance program increased by an average of 6 percent.

Enhancing risk reduction capabilities, however, is not best done in isolation: international cooperation offers key benefits, including funding, capacity building, and technology transfer. According to the IPCC’s Sixth Assessment Report, the case for international cooperation is strong because it involves a common global problem and because of the economic efficiencies that can be achieved through cooperative solutions. In the Indo-Pacific region, South-South and triangular cooperation offer a pragmatic approach to more resource-efficient solutions.

TriDeP is a step in that direction: it proposes to study Indian and U.S. experience and expertise and share them across the Indo-Pacific. India saw tremendous losses in the aftermath of the 1999 Odisha Cyclone, the 2001 Gujarat Earthquake, and the 2004 Tsunami, which claimed thousands of lives. This led to a thoroughgoing review of India’s disaster management policies and institutions and resulted in the Disaster Management Act of 2005 and the institutions that followed.

India, over time, restructured its disaster management paradigm from post-disaster search and rescue to pre-disaster preparedness built on strong legislative, institutional, and technical capacity. It also adapted lessons from bilateral and multilateral engagements with the United States and international organizations like the United Nations. India has now shown itself to be an important and capable first responder to disasters, especially in South Asia, including the 2015 Nepal earthquake.

The TriDeP program will build on India’s development leadership in the Indo-Pacific to share Indian innovations and expertise across the region. As it pursues this program, The Asia Foundation has also secured a place on the organizing committee for the “Cooperation Across Borders for Strengthened Capacity and Action” session at the seventh Global Platform for Disaster Risk Reduction. We will continue to work with like-minded stakeholders to build international cooperation in disaster risk reduction and meet the goal set forth in the Sendai Framework Target F.