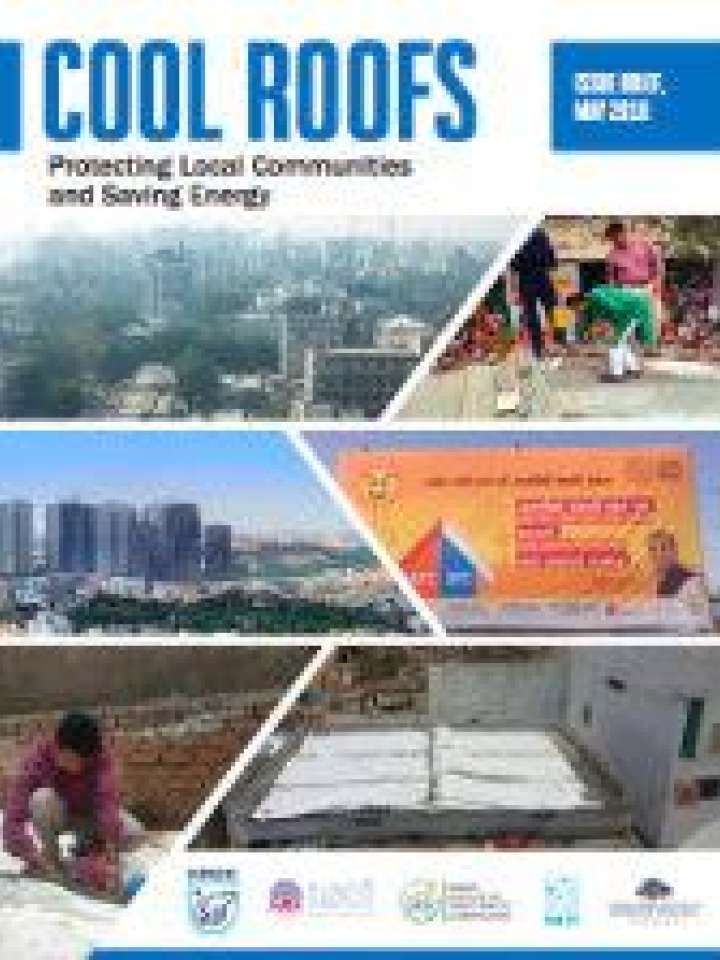 The focus of this issue brief is to support the development of cool roof policies and programs in leading cities in India. In particular, this issue brief examines the Ahmedabad and Hyderabad cool roof programs, including the program aims, methods, and initial implementation.

In India, home to half a billion people living in rapidly urbanizing cities, climate change is making heat waves more frequent and intense. In 2015, a heat wave that spread across the country claimed over 2,300 lives, demonstrating that these extreme heat events can have deadly consequences, especially for India’s most vulnerable communities. Currently, less than 10 percent of India’s households have air conditioning. Yet, as living standards rise for tens of millions of Indians, the immense increase in cooling and air conditioning demand could strain the country’s electric grid, increase air pollution, require increased fuel import, and magnify the impacts of global warming. Furthermore, with summer temperatures regularly exceeding 40° Celsius (°C) (104° Fahrenheit) (°F) in a majority of India’s cities, and large sections of the population in low-income housing with little to no access to electricity, availability of cooler homes is a matter of survival, not just comfort.