The chronology of a disaster: A review and assessment of the value of acting early on household welfare 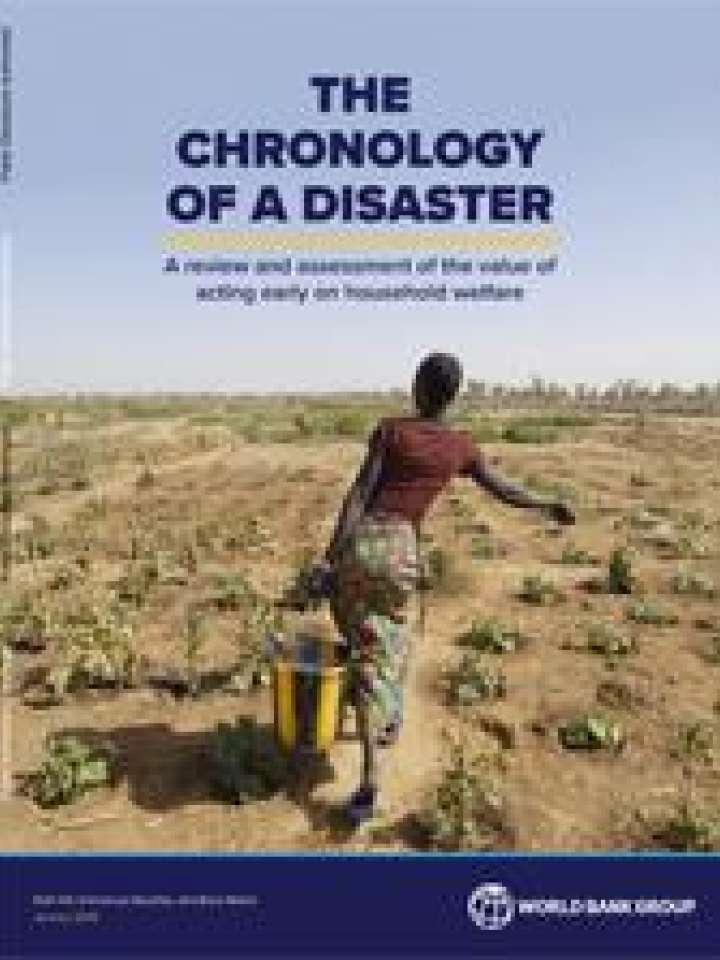 When shocks strike, they have an immediate and direct impact on life, income, and assets. Two strands of literature can be usefully brought together to generate some initial indicative estimates of the timing of a shock’s impacts, and thus the likely benefit of acting early to mitigate these impacts: i) post-disaster and vulnerability assessments that explain how the impact of different disasters unfolds, that estimate losses from assets and income, or that present data on coping mechanisms used; and ii) micro econometric studies that assess the cost imposed by coping strategies on income and growth. An initial assessment of this literature was undertaken in Clarke and Hill (2013) for drought in Africa. This paper extends and updates this review by (i) adding new studies published in the last five years; and (ii) including studies outside of Africa and considering other types of disaster in addition to drought—specifically floods and earthquakes in Asia, and earthquakes, cyclones, or hurricanes in small island states (Pacific, Caribbean). The authors find that across settings and types of shock considered by this paper, the most prevalent coping mechanism used by households was to reduce food consumption.

This finding is consistent with well-published literature showing that variability of income over time impacts child nutrition and can be linked to stunting, a condition that causes irrevocable harm by impairing brain development, leading to lower cognitive and socioemotional skills, lower levels of educational attainment, and hence lower incomes. The paper proceeds as follows: section two sets out the framework and approach used, section three presents evidence on rapid-onset events, section four on slow-onset events, and section five on prices. Section six offers some conclusions and recommendations for future data collection.