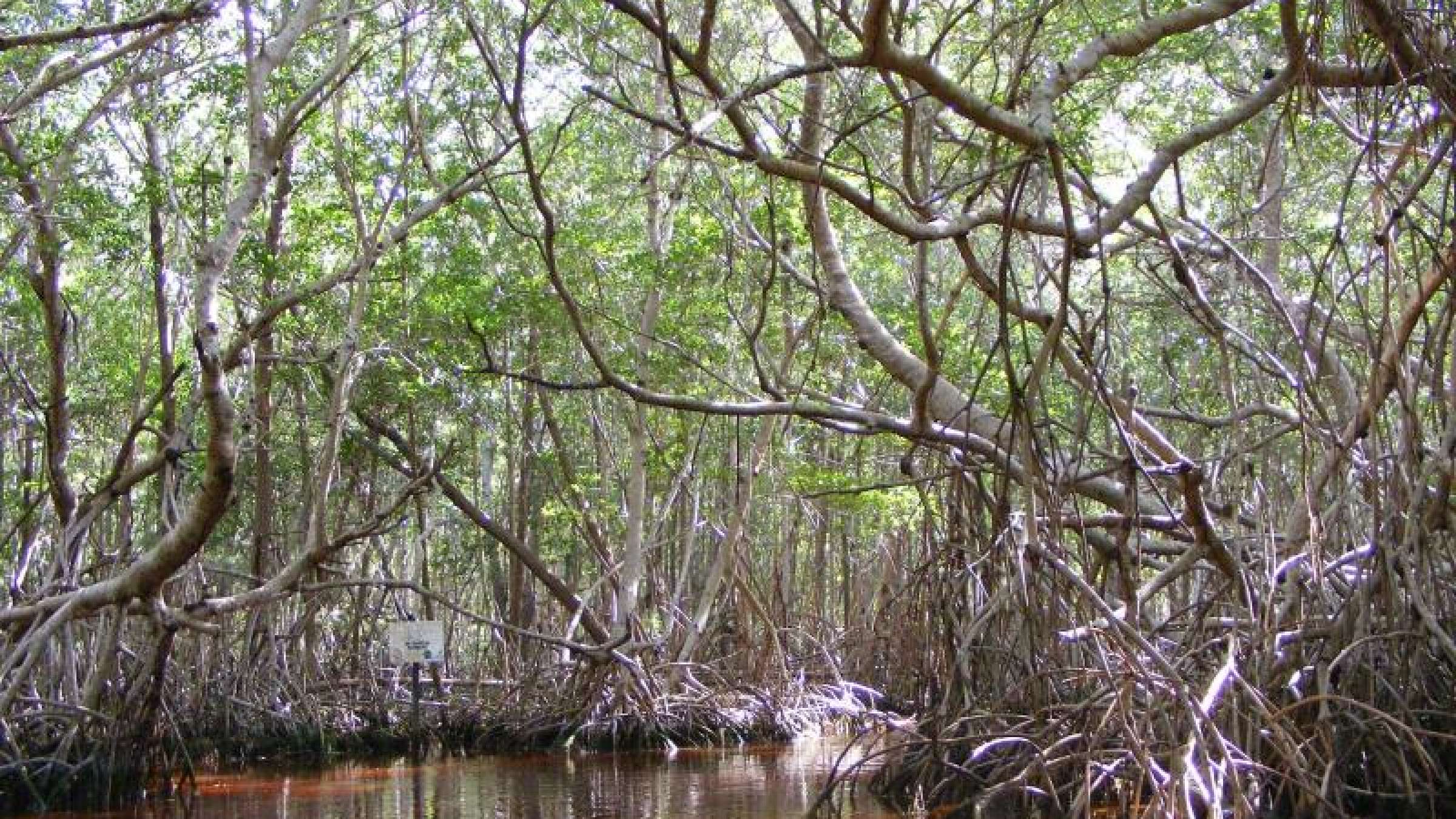 In 2006, I was working in Aceh, Indonesia (with the Red Cross), a region devastated by the 2004 Indian Ocean tsunami. Amongst other post-disaster recovery activities, we were working with 20 coastal communities, helping them with community-managed small grants and encouraging them to invest in disaster resilience within their communities.

To my delight, all 20 communities, independently, chose to invest in the restoration of their mangroves that had been completely or partially destroyed by the tsunami. To them, losing their mangroves was like losing their ancestors: Mangroves defended them, provided them with food and a livelihood, and made their coastline beautiful. The mangroves were their pride, and reclaiming the mangroves was of the highest priority for them as a community.

Why should we care about mangroves? Here are a few important reasons:

And yet, more than 35% of the world’s mangroves are already gone. The figure is as high as 50% in countries such as India, the Philippines, and Vietnam. In the Americas, mangroves are being cleared at a rate faster than tropical rainforests.

It’s not all bad news. On the International Day for the Conservation of the Mangrove Ecosystem, here is a thought on how to help preserve these unique ecosystems:

A few hours away from Pune in India, where I grew up, is the ancient temple and adjoining forest of Bhimashankar. The forest surrounding the temple is one of the best-preserved evergreen forests in the Western Ghats of India, ranked amongst the top 10 global biodiversity hotspots. The forest around this temple has been designated as a “God forest” and no tree-cutting is allowed in there. Only wood found on the ground can be collected and taken out of this forest. The same approach can be applied to conserve mangroves.

In fact, there have been many efforts in the last few decades to enhance the resilience of the environment and human livelihoods through mangroves conservation, including these examples:

The term "mangrove" comes to English from Spanish (perhaps by way of Portuguese), and is likely to originate from Guarani. It was earlier "mangrow" (from Portuguese mangue or Spanish mangle), but this word was corrupted via folk etymology influence of the word “grove.” Maybe, it is time to rethink the word “mangrove.” Given their tremendous utility and current fragility, it might be time to rename them as “god-groves.” More importantly, it’s time to ramp up efforts to conserve and value mangroves as the first line of defense against flood risks and a provider of resilient livelihoods for coastal communities.

More importantly, it’s time to ramp up efforts to conserve and value mangroves as the first line of defense against flood risks and a provider of resilient livelihoods for coastal communities.