Is Jakarta flood-resilient or are the citizens? 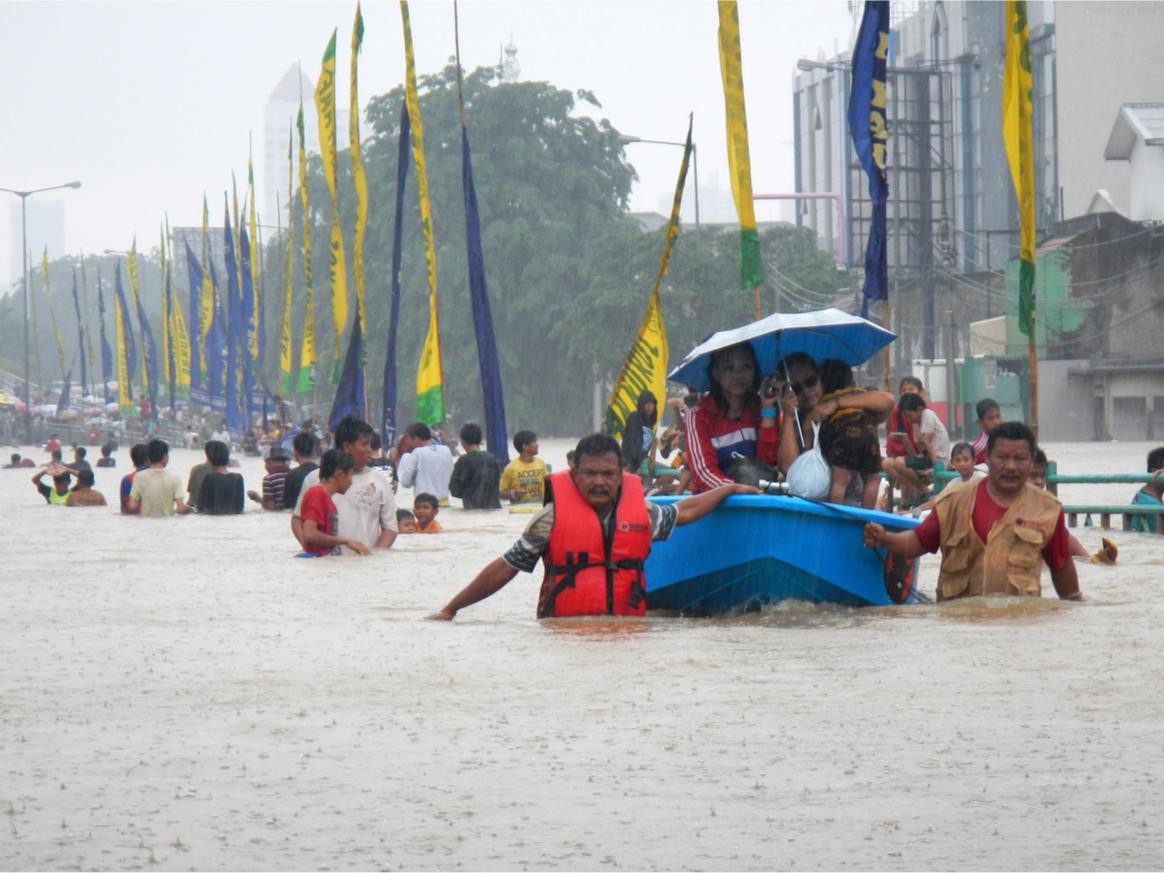 Floods are the most common natural disasters in the world. One of the most severe floods occurred in Pakistan in 2010, killing at least 1,600 people and affecting up to 14 million people.

In recent decades, we have witnessed an increase in flood events due to high-intensity rainfall across the world. Academics, however, cannot conclude whether these events are a result of human-induced climate change.

In Jakarta, one of the biggest floods occurred in 2007 which killed 79 people and displaced at least half a million people, including financial losses of up to IDR 8.8 trillion (approximately USD 600 million).

Jakarta was hit by two major floods on 1 January 2020 and 20 February 2021, with extreme rainfall, believed to be the cause for both. The fact that Jakarta was built on a delta with 40% of the area below sea level, has made the city naturally vulnerable to flooding.

Disaster risk is understood as a combination of hazard, exposure and vulnerability. Hazard is the magnitude of factors that cause floodings, such as rainfall and the ability of soil to absorb water. Exposure is the number of people and assets exposed to flood risk in an area. Vulnerability determines how vulnerable a population or area is if it is hit by a flood. Hazards are generally a natural phenomenon, whereas the degree of exposure and vulnerability are anthropogenic.

An example of this is evidenced in Pluit, North Jakarta, where certain communities buy their pumps to reduce water flooding in their area and drain it into the sea. As a result of this, these communities have lower vulnerability than those who do not have this capacity.

If we understand flood risk to be the result of these three variables, flooding that occurs in uninhabited areas is therefore not considered a disaster. In fact, nutrients carried by floods naturally serve to maintain biodiversity in floodplain areas.

Towards a flood-resilient city

Academics have begun to use the concept of resilience to describe a system that is resistant to socio-economic and environmental shocks, including floods. Resilience is the ability of a city to absorb and recover from shocks and prepare for future disturbances.

In flood risk management, the concept of resilience has adapted to move from the old paradigm, which aims to create a fail-safe flood defence system to a safe-fail system in case of failure. So that flooding may occur but within a calculated and anticipated safe limit.

In the case of Jakarta, it is not the city that has been built to be resilient but its citizens who have to withstand floods. Those whose neighborhoods have been regularly flooded tend to have a local early warning system. They give each other routine reports of water levels in rivers to show the scale of potential flooding.

Citizens are indirectly “asked” to learn from the events of previous floods, to be better prepared for the next ones. With experience, residents have learnt to stop placing electronic goods on the ground floor of the house so that they are not submerged in water. On the other hand, the government seems to be making more reactive efforts to face floods using evacuation, rather than preventing it in the dry season.

One of the important elements of a flood-resilient city is the people who understand the risks of flooding and participate actively in supporting the government. However, it is unjust and unsustainable to rely solely on citizens to ensure an adaptive approach in flood risk management.

The discourse that has been repeated annually when Jakarta becomes flooded, is whether “normalisation” or “naturalisation” is the best solution to alleviate flooding. Both aim at increasing the capacity of the rivers either through lining the rivers with concrete (normalisation) or giving room for the river (naturalisation). Although naturalisation seems to be a more environmentally-friendly solution, the need to free up spaces along the river banks have proven to be a challenge.

Jakarta has been “locked-in” to infrastructural solutions, such as building an embankment, since its inception. Whereas structural approaches are still needed in the city. Non-structural measures are equally as important, such as prohibiting development in flood-prone areas and introducing flood-proof homes.

It is important to combine structural and non-structural approaches because the former may provide a false sense of security. While residents and investors are complacent about the protection from the embankment, ironically this increases their exposure to flooding. If an overflow occurs, either due to rainfall exceeding the capacity of the embankment or due to embankment failure, such as in Jakarta’s 2013 flood, the number of flood damages will be exponential.

Although flooding is a hydrological phenomenon, losses due to flooding are not and hence can be avoided. This is echoed in the words of Gilbert White, a pioneer in the field of socio-ecological disaster studies:

'Floods are acts of God, but flood losses are largely acts of man'.

Indonesia: Jakarta’s flood costs will increase by up to 400% by 2050, research shows