Indonesia: Jakarta’s flood costs will increase by up to 400% by 2050, research shows 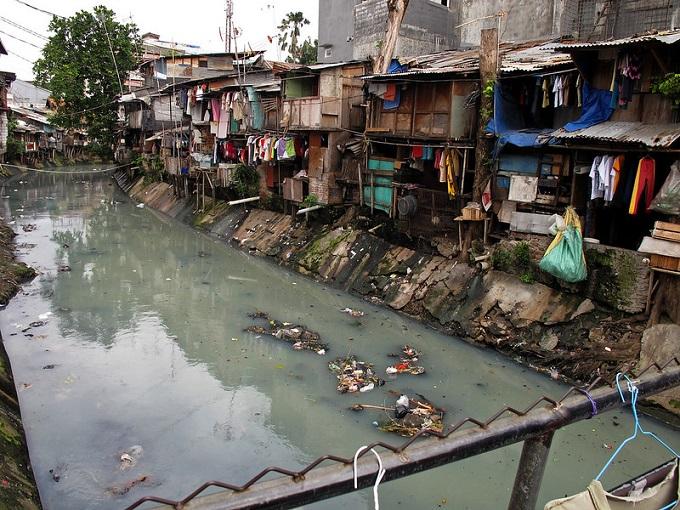 Indonesia started 2020 with flood waters inundating parts of the capital Jakarta and surrounding areas, killing at least 67 people and displacing 300,000. This is something that Jakarta and other coastal cities may face more frequently in the coming years.

In a recently published study, my colleagues and I predict that Jakarta’s annual flood damage costs will increase by 322% to 402% by 2050.

Soaring flood risks aren’t unique to Jakarta. Neighbouring mega-cities also face this threat. Our model provides an important glimpse into the terrifying effects that the climate crisis can have on coastal cities throughout the world.

There are two reasons why the flood costs in Jakarta will rise to such a high level by 2050: the climate crisis and the rapid development of Jakarta and the surrounding area. When producing our model, we assumed that there will be no intervention from the government to arrest the climate crisis and that the rapid urbanisation of suburban areas around Jakarta will continue alongside recent trends of extreme rainfall across the local watershed.

We calculated that the flood costs can reach up to Rp 7 trillion (US$ 508,758) annualy should the above condition persists now. This means, if our prediction is correct, Jakarta may have to bear Rp 35 trillion from damages caused by flood annually by 2050.

Researchers have agreed that the climate crisis is the main factor behind increasing flood costs in many cities all over the world. But land subsidence and the shrinking of green spaces caused by rapid urbanisation also play a role.

We included these factors in our flood risk prediction model, but there are other factors driving flooding, such as sedimentation and the accumulation of waste in Jakarta’s rivers.

A 2013 study showed that the rapidly changing climate can raise flood costs on a global scale.

Rising global temperatures increase the likelihood of extreme rainfall events. The Southeast Asia region where Indonesia is located is projected to experience heavy rain throughout the rest of the 21st century due to rising temperatures.

We gathered various data from a number of climate research institutions in the world such as Institut Pierre-Simon Laplace in France and the Max Planck Institute for Meteorology in Germany to forecast potential trends of extreme rainfall in the future and estimate flood risk due to the climate crisis.

Using the data, we analysed eight global climate models that show how average extreme rainfall by 2050 will escalate between 12% and 25% with the highest increase for the extreme rainfall of 5 year return period. This increase in rainfall will, in turn, intensify flood risks in the coming decades.

After incorporating all these scenarios into our model, we found that the climate crisis will increase the costs from flood damages in Jakarta between 54% and 100% by 2050.

In our research, we assume that Jakarta’s development will exceed acceptable levels and its population will continue to increase without any intervention or meaningful policies by the government.

Naturally, this will lead to a lower number of green areas and will worsen Jakarta’s already worrying land subsidence problem.

Research from Institut Teknologi Bandung, West Java shows that the development of urban areas can intensify land subsidence by between 4.2 cm and 12.3 cm per year.

If the land subsidence rate in Jakarta is not contained by 2050, the flood cost will rise to 95%.

Another study estimates an increase in the proportion of urban areas around watersheds in Jakarta, from 62% in 2002 to 92% by 2050, should there be no change in population growth rates. At the same time, forest and agricultural land cover will decrease from 31% to 8%.

The absence of green areas will prevent water infiltrating the soil as easily within the region. With that rate of land cover change, the flood costs in Jakarta will then rise by 99%.

The combination of land subsidence and land cover change – both considered an implication of urban development in Jakarta – would result in a flood cost increase of up to 226%.

If the above number is combined with the climate change calculation, Jakarta’s flood costs by 2050 amounts to a staggering increase of 322%-402%.

Floods are a global problem. A number of studies have warned that higher flood risks will not only affect Jakarta.

Other neighbouring mega-cities such as Bangkok in Thailand, and Manilla in the Philippines also face escalating costs from flood in the future.

The World Bank reports that Bangkok will face a 73% higher flood cost just as a result of the climate crisis by 2050. Manilla, on the other hand, faces a 72.8% risk increase.

We are also sure that if land change and subsidence factors are included, these numbers will soar.

Based on the analysis that I have laid out, we offer a flood mitigation plan that solves the root causes which drive flood risks.

In terms of the climate crisis, we should implement green infrastructure design in Jakarta’s building and lead urban development projects. These green buildings can prevent rainfall accumulating on the ground while also absorbing carbon emission through plants installed in the buildings.

Other examples include building infiltration wells, which contain some of the rainfall while replenishing the surrounding soil.

As we know, a major contributor to land subsidence is the absence of groundwater beneath. Infiltration wells will consequently increase how well the surrounding area can absorb water.

Eco-friendly buildings and infiltration wells are just examples of simple changes that even households can do to lower flood risk.

If all actors in our society work together to achieve this, then saving Jakarta from impending doom might be possible.

Stefanus Agustino Sitor has translated this article from Indonesian language