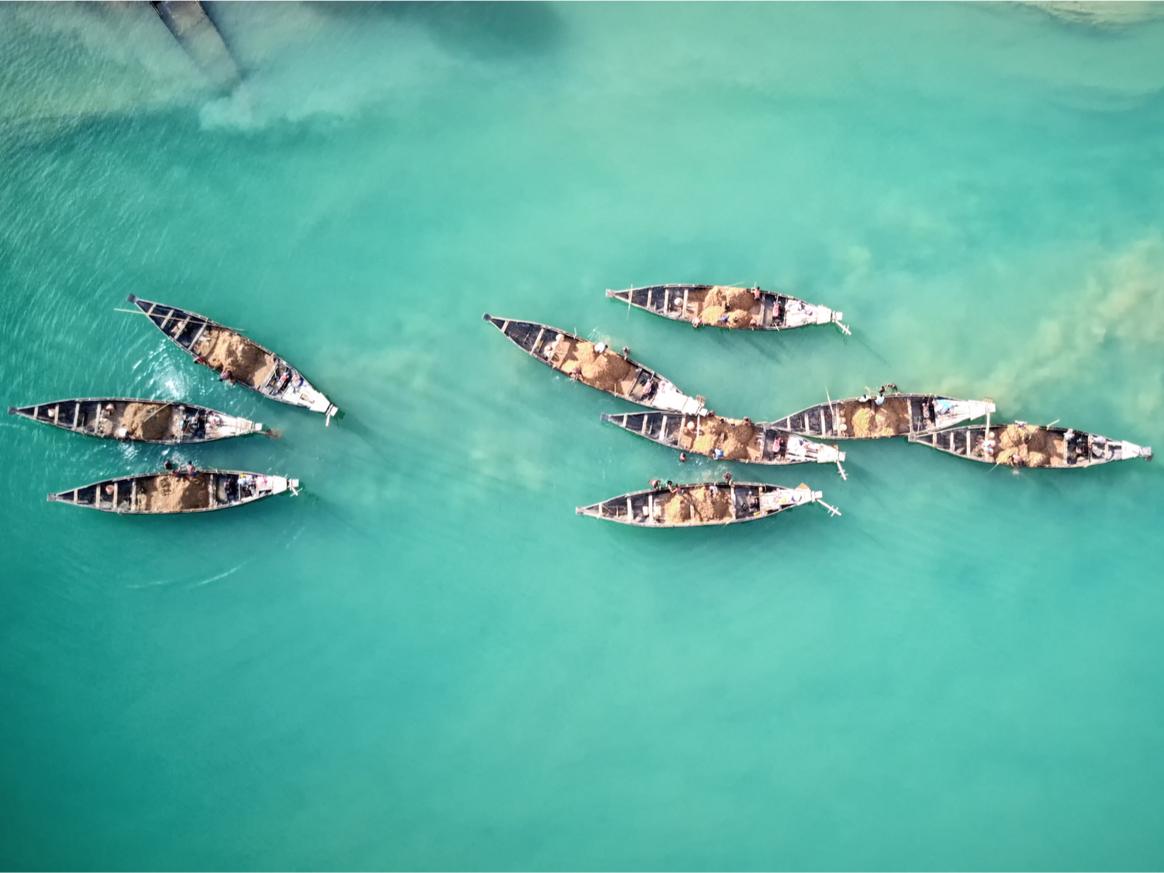 What defines the spirit of Bangladesh? For me, its essence lies in its remarkable journey toward climate resilience.

Last year, I traveled to the remote island of Manpura in the Bay of Bengal. Manpura was among the worst affected areas by cyclone Bhola, killing nearly half of its population.

I met Rupa, who was a little girl when the cyclone hit. She lost many of her relatives at sea. I asked her how things are now. “Life is so different,” she said. “Now, we are alerted, we know when the cyclone is coming, we have a place to take shelter, and I am able to save myself and my family.”

Rupa’s story echoes that of millions of Bangladeshis living on the coast.

Bangladesh sits at the frontline of the battle against climate change

Due to its geographical setting, Bangladesh is exposed to a wide array of hazards, ranging from floods, cyclones, storm surges, salinity intrusion, erosion, landslides, to even earthquakes . According to official estimates, cyclone Bhola killed more than 300,000 people. Fast-forward 50 years, cyclones of comparable intensity along the Bay of Bengal resulted in around 3,000 lives lost. Fatalities have declined a 100-fold.

This remarkable progress is the result of Bangladesh’s systematic investment in resilience in the last decades.

In November 1970, Cyclone Bhola made landfall and devastated Bangladesh's coastline. Fifty years later, the country has become a leader in disaster risk reduction

Protecting lives, livelihoods, and assets from disasters has been key to Bangladesh's development strategy.  When it became a member-country of the World Bank in 1972, newly independent Bangladesh's first project was the Cyclone Protection and Coastal Area Rehabilitation Project.

Investments in climate change adaptation and disaster risk management include key protective infrastructure like those in the World Bank-supported Coastal Embankment Improvement Project and Emergency Cyclone Recovery and Restoration Project.

These projects have helped safeguard against floods and cyclones surges, salinity intrusion, coastal erosion, among others.  Over 700 km of embankments have been rehabilitated along with protective works and associated infrastructure, resulting in increased agricultural productivity, food security, and job creation.

Other climate adaptative initiatives, such as the World Bank-supported Multi-Purpose Disaster Shelter Project, are constructing and rehabilitating around 1000 shelters and supporting the Cyclone Preparedness Program. Disaster shelters are multi-purpose in a simple yet innovative way.

They have helped save thousands of lives over the years. Throughout the year, they serve as schools and become safe havens during disasters. Earlier this year, during Cyclone Amphan in May 2020, over 2 million people evacuated to disaster shelters.

The spirit of Bangladesh, the pulse of this nation, is its story of resilience

Bangladesh is also leading the global climate dialogue. The country was among the first to develop a Climate Change Strategy and Action Plan in 2009 , which has become a blueprint for other climate-vulnerable nations.

In 2015, Prime Minister Sheikh Hasina received the United Nations Champions of the Earth award in recognition of Bangladesh's initiatives to address climate change  as part of its social and economic development.

In June 2020, Bangladesh took up the Presidency of the Climate Vulnerable Forum to represent climate-vulnerable nations' interests and help map out a sustainable and climate-resilient pathway.

This is the culmination of decades of hard work to bring climate resilience front and center in the global climate dialogue.

Looking back, it was a catastrophic disaster that brought the world's attention to Bangladesh. Fifty years after that, Bangladesh is again in the spotlight. This time, as a leader of a global climate forum, a model for proactively investing in disaster risk reduction, and an inspiration for all other climate-vulnerable disaster-prone countries.

The spirit of Bangladesh, the pulse of this nation, is its story of resilience.

Climate Adaptation and Resilience (CARE) for South Asia project: how it will assist Bangladesh