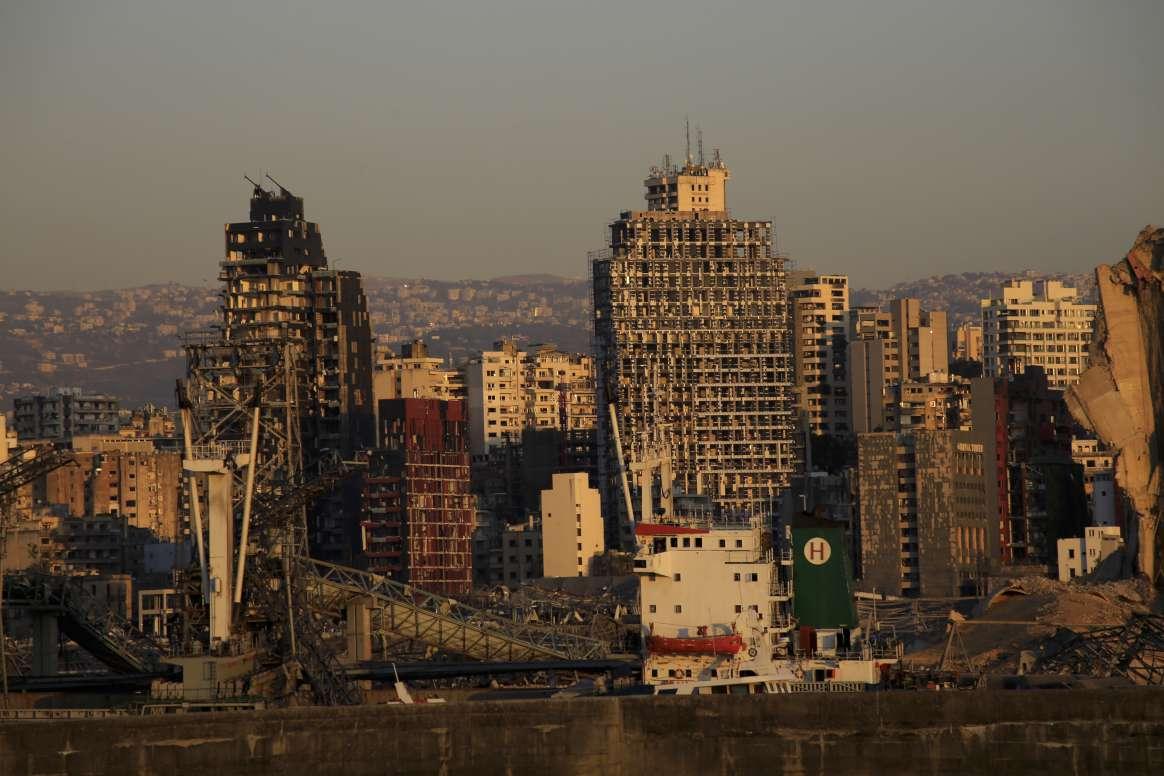 On Tuesday 4 August, a huge warehouse explosion in the port area of Beirut left over 135 people dead, 5,000 injured, 100 missing and 300,000 homeless, according to media reports. The explosions appear to have been caused by tons of ammonium nitrate.

“I express our solidarity with the people of Lebanon and all those affected by the explosions in Beirut”, said UNECE Executive Secretary Olga Algayerova. “UNECE stands ready to share its expertise and experience developed through years of cooperation on improving the safety of the management of industrial facilities and the storage, transport and handling of dangerous substances.”

This tragic event is a reminder of the vital importance of industrial safety in the prevention, preparedness and response to hazardous events. This is the latest in a string of accidents involving ammonium nitrate, such as the fertilizer plant explosions in Texas (2013) and the Tianjin explosions in China (2015), and a deadly blast in Toulouse in 2001, among others.

Fortunately, solutions exist to prevent these kinds of accidents from occurring and to reduce the severity of their consequences. Applying the safety provisions of United Nations legal agreements, tools and guidelines helps to reduce the risks of industrial and chemical accidents. Cross-border cooperation and mutual assistance also play a key role in this regard.

UNECE’s Industrial Accidents Convention provides principles and guidance materials available to all countries, whether Parties to the agreement or not, to ensure industrial safety and prevent major industrial accidents. The Convention specifically covers the storage and handling of hazardous substances, including ammonium nitrate as listed in its Annex I.

This helps countries to identify and evaluate the risks of hazardous activities and to take appropriate measures to establish and maintain adequate emergency preparedness to respond to industrial accidents. Safety Guidelines and Good Practices on various matters, developed or compiled under the Convention, are available for use by authorities worldwide. Applying these tools and building countries’ capacities to implement them significantly improves industrial safety for the storage and handling of hazardous substances, reducing risks of major industrial and chemical accidents.

Cross-border cooperation in case of an industrial accident is a key principle of the Convention. Parties and non-Parties can use the UNECE Industrial Accident Notification System to request, render and coordinate assistance to this end. This cooperation also extends to the period before and after accidents, including those with transboundary effects. As such, the Convention also supports countries in their implementation of the Sendai Framework for Disaster Risk Reduction.

The storage regulations for ammonium nitrate take account of the classification for transport as defined in the UN Recommendations on the Transport of Dangerous Goods, developed by an ECOSOC Sub-Committee of Experts (TDG Sub-Committee), the secretariat of which is hosted by UNECE. The Sub-Committee has also developed criteria and test methods to ensure a proper hazard characterisation and transport conditions for a wide range of ammonium nitrate products, in line with the UN Recommendations and the Globally Harmonized System of Classification and Labelling of Chemicals (GHS).

The hazard characterization, test methods and transport conditions developed by the TDG sub-Committee are harmonized for all transport modes and implemented by downstream legislation worldwide to define storage and handling provisions. For instance, the UNECE Industrial Accidents Convention uses the transport and GHS classification to define the thresholds for storage of hazardous substances (including ammonium nitrate). The International Maritime Organization (IMO) has also made available specific recommendations and guidance for storage and handling of ammonium nitrate compounds in port areas.

The provisions developed by the TDG Sub-Committee for hazard characterization and transport of ammonium nitrate fertilizers are the result of the knowledge and experience of experts from all over the world, both from governments and from industry. Since the provisions in the Model Regulations and in the GHS are harmonized and closely linked, both instruments cover all sectors regulating chemical safety. These provisions are used worldwide.

Let us not wait for the next headlines on a tragic – and avoidable – accident.

Preventing the preventable: the 2015 Tianjin explosions

Disaster risk reduction, urban informality and a ‘fragile peace’: the case of Lebanon