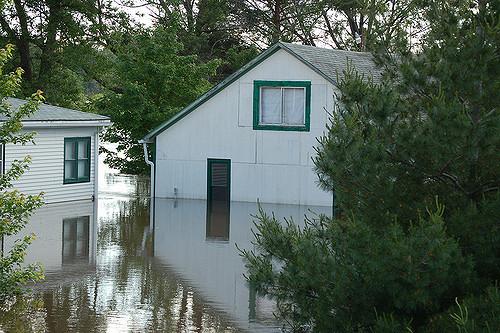 Global human and economic losses from river floods are set to rise in coming years, even with the most optimistic climate outlook, says a study led by the European Commission’s Joint Research Centre (JRC), published recently in the journal Nature Climate Change (Dottori et al, 2018).

The JRC-led study estimates global human and economic losses from river floods for Specific Warming Levels (SWLs), from the Paris Agreement targets (1.5 and 2°C) to a 3°C warmer world, and finds that, from the current global yearly average of 5,700 deaths from river flooding, annual deaths could rise by 83% at 1.5°C global warming, 124% at 2°C, and 265% at 3°C. Estimates of immediate economic costs and long term impacts tell a similar story. Depending on the socio-economic scenario, at 1.5°C warming direct flood damage is set to rise by 160–240%. Longer-term welfare losses (i.e. reduction in consumption compared to the scenario without climate impacts) could reach 0.3%. At 2°C warming, direct economic damage doubles and welfare losses rise to 0.4%. Impacts are much higher at 3°C warming. Long term losses could even exceed direct damages, due to increased persistent effects on the economy.

Climate adaptation and mitigation are needed to offset this increasing risk in the future. By assessing long term impacts across regions - considering both immediate costs and the strain on economic growth – such studies provide evidence to help policy-makers prepare effective adaptation plans to counteract increasing river flood risk.

Flood damage costs under the sea level rise with warming of 1.5°C and 2°C

The inequality of climate change from 1.5°C to 2°C of global warming