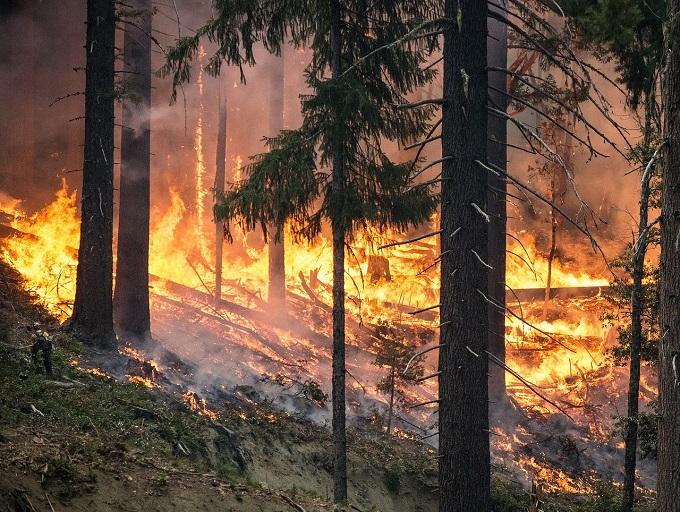 The acrid smell of charred wood still permeates the air as Sasha Berleman, a fire ecologist, and I walk along a dirt path up through the middle of a canyon in the Bouverie nature preserve in Sonoma Valley.

For more than a century, people have been snuffing out fire across the West. As a result, forests, grasslands and shrub lands like those in the Bouverie reserve are overgrown. That means that, when fire escapes suppression, it’s more destructive. It kills more trees, torches more homes and sends far more carbon into the atmosphere, contributing to climate change.

The devastating fires that hit Bouverie and a large swath of Northern California’s wine country in October killed 42 people and destroyed nearly 7,000 buildings. In California’s Sierra Nevada in recent years, megafires have burned at much greater severity than those forests ever saw in the past, killing trees across large landscapes and unleashing enormous quantities of carbon. The remedy, Berleman and many other scientists say, is to reintroduce fire to the landscape by allowing more natural fires to burn and setting controlled burns when weather conditions minimize the risk of a catastrophic blaze.

“We have 100 years of fire suppression that has led to this huge accumulation of fuel loads, just dead and downed debris from trees and plant material in our forests, and in our woodlands,” says Berleman. “As a result of that, our forests and woodlands are not healthy, and we’re getting more catastrophic fire behavior than we would otherwise.”