Sierra Leone: 'Our city has no future if we don't save the environment' – Freetown mayor 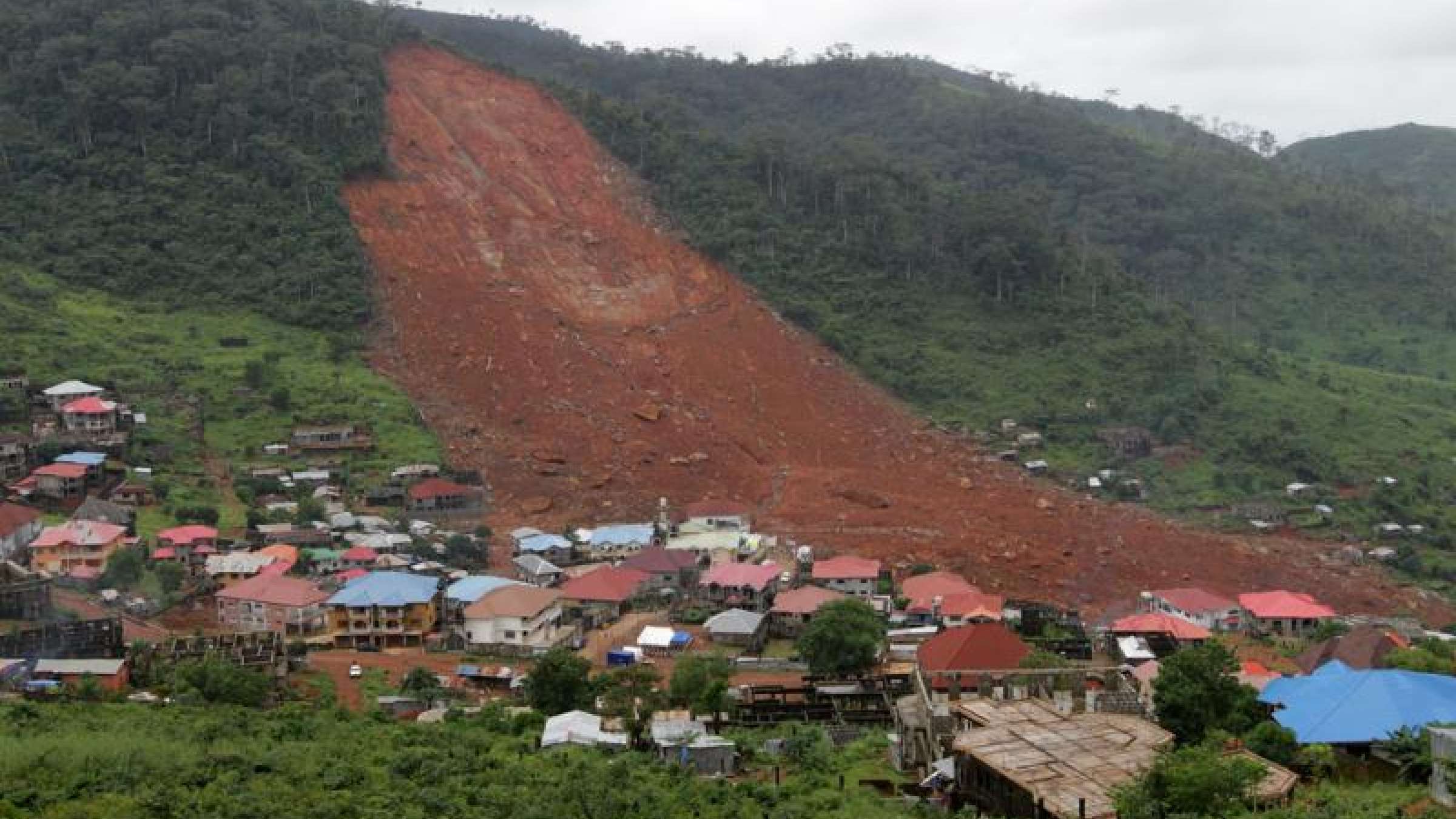 Freetown is still under threat one year after a devastating mudslide killed an estimated 1,000 people and left thousands homeless

Sierra Leone's capital Freetown must tackle deforestation, poor housing and decrepit drainage if it is to prevent the next disaster, its mayor said one year after a devastating mudslide killed an estimated 1,000 people and left thousands of others homeless.

Rapid urbanisation in the growing city is driving residents to claim "any trees and land they can find" to build homes, making landslides and flooding more likely in times of heavy rain, said Freetown Mayor Yvonne Aki Sawyerr.

"Our city has no future if we don't save the environment," she told the Thomson Reuters Foundation in a phone interview on Monday. "And that's not me being a tree-hugger. That's being pragmatic."

Originally big enough for 400,000 residents, Freetown has mushroomed since Sierra Leone won independence from Britain in 1961 and is now home to an estimated 2 million people.

People flocked to the city during the country's decade-long civil war that ended in 2002, and the rampant, unplanned construction that followed destroyed forests that offered vital protection against mudslides.

A fifth of the population lives in slum conditions with no sewage or basic services, according to the United Nations, and 60 percent live on less than $1.25 a day.

"The mudslide broke my heart because it was preventable," said Aki Sawyerr, who said the disaster made her "more determined than ever" to run for office.

"You have a growing population living on a densely populated and steep piece of land. That makes any heavy rain dangerous," she said.

Since Aki Sawyerr was elected in March as the city's first female mayor in more than three decades, she has pushed a raft of measures to reduce flooding, such as unblocking gutters to allow rainwater to flow and encouraging residents to minimise waste.

Eric Hubbard of Catholic Relief Services, a charity, said such measures are crucial to preventing flooding disasters in Freetown's slums.

Mapping flood-prone neighbourhoods and cleaning up the drainage system in Dwarzak – a slum in western Freetown – has made the area flood-free for the first time in 15 years, he said.

"One of the key things going forward will be proper waste management and waste disposal," he said. "Although people in Sierra Leone are accustomed to natural disasters, we're trying to focus on behaviour change."

"There's a reluctance for people to pay taxes because of poor public services, but we need taxes to fund those services, so that's a vicious circle we must break," she said.

"We are better prepared than we were last year, but we're not there yet", she said. "(Freetown) is a beautiful place but our beauty is under threat."