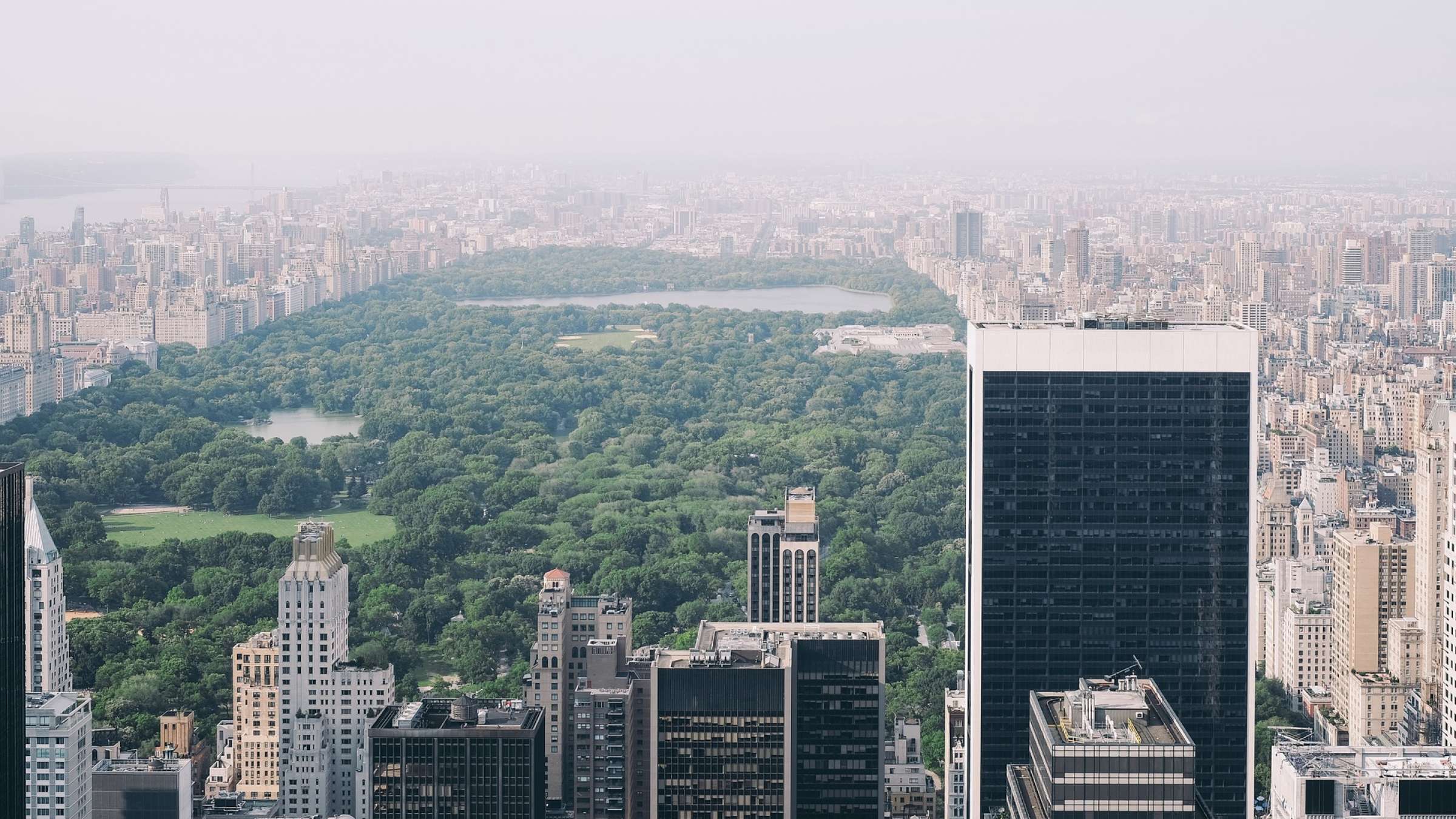 New York City experiences higher temperatures in the summertime compared to nearby rural areas due to the large area of heat-absorbent paved surfaces and buildings, and lack of greenspace – a phenomena called Urban Heat Island effect. A new report shows that extreme summertime heat is distributed unevenly throughout the city and that it disproportionately impacts Black and Latino communities in Northern Manhattan.

The report — Summer In The City: Improving Community Resilience To Extreme Summertime Heat In Northern Manhattan – was released today by WE ACT for Environmental Justice and NRDC (Natural Resources Defense Council). It provides an overview of current and projected extreme heat fueled by climate change in New York City; reveals the results of a first of its kind community heat survey on how residents of Northern Manhattan neighborhoods experience and cope with the extreme heat; examines census data to map the demographics of those populations most vulnerable to extreme heat, and satellite data on green, vegetated areas versus heat-absorbing human-made surfaces; discusses the health burdens that extreme heat imposes on environmental justice communities; and provides policy recommendations that reflect and address the concerns and experiences of those most affected by extreme heat.

The full report is here, and key findings are summarized below.

“The threat that the Urban Heat Island effect poses to public health, especially for people of color, will only grow as climate change intensifies this phenomenon,” said Kim Knowlton, senior scientist at NRDC. “Inequity in health outcomes from extreme heat is an environmental injustice. We must enact solutions that correct the problem and help tackle climate change.”

“This report reveals the health threats that low-income communities and communities of color face during summer heat waves in cities like New York. And with the added threat of COVID-19, which has killed Black/African Americans at about 1.5 times more per 100,000 people than white people, summer heat waves are an added health burden on New York's most vulnerable communities,” said Sonal Jessel, Director of Policy at WE ACT for Environmental Justice. “That is why we need the City and the State to work together to pass legislation that protects these communities from the threat of extreme heat events, which are increasing in frequency, intensity, and duration due to the climate crisis.”

“Understanding how residents experience extreme heat is crucial to developing policies and practices that reduce the very inequitable human health burdens from the Urban Heat Island,” said Juan Declet-Barreto, social and environmental scientist. “The community survey in the report provides a necessary look into how residents of Northern Manhattan cope with summertime heat.”

In part due to patterns of racial discrimination and segregation, concentrated poverty, and public and private disinvestment, populations in New York City that are already vulnerable to poor health outcomes are also overburdened with higher death and illness rates from extreme heat. Exposure to high temperatures varies considerably according to land surfaces within a city, and in New York City, people of color often live in areas characterized by little canopied vegetation and abundant heat-retaining surfaces like dark pavements, roofs and building materials.

We surveyed nearly 500 residents of Northern Manhattan neighborhoods during the summers of 2014 and 2015 and asked them questions about their experience with extreme heat.

The report also includes maps of the hottest parts of Northern Manhattan and the most heat-sensitive populations, and then combines them to map the cumulative vulnerability of the area to help us understand how the vulnerability to heat-related illness or death can vary among neighborhoods with different levels of sensitivity and heat.

Based on our findings on extreme heat-vulnerable populations in Northern Manhattan, WE ACT and NRDC believe there are several policy steps that would lessen the effects of extreme heat among these populations, including: