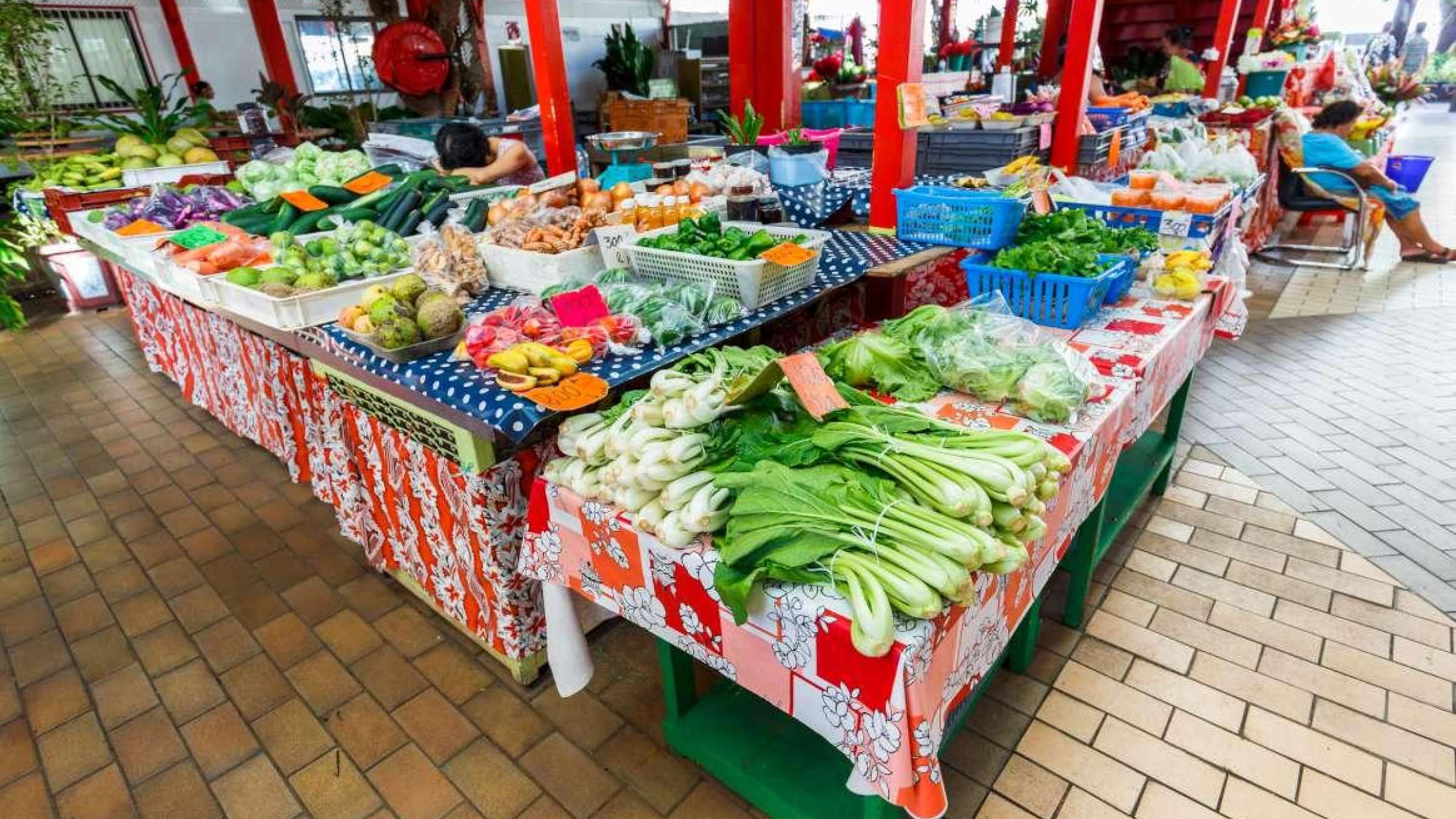 The fresh market in the town of Papeete in Tahiti Papeete, French Polynesia. Sarayuth3390 / Shutterstock.com

Researchers examine food supply chain resiliency in the Pacific during the COVID-19 pandemic.

The COVID-19 pandemic exposes weaknesses in the supply chain when countries go into lockdown. Some are small, such as the toilet paper shortages early on, that, while annoying, were eventually resolved. But what happens when the effects of the pandemic reach the food systems of countries highly reliant on food imports and income from abroad, and commerce slows to a halt?

UC Santa Barbara marine conservationist Jacob Eurich and collaborators watched this very situation unfold in the Pacific Island Countries and Territories (PICTs) — the island nations scattered in the middle of the Pacific Ocean, from New Zealand to French Polynesia, and including the Marshall Islands to Papua New Guinea. While infection with SARS-CoV-2 has been slow there relative to other parts of the world, the global lockdown can have outsized effects on their food systems.

“One of the key messages from the research is to rely less on global food supply chains,” said Eurich, a co-author on a paper that appears in the journal Food Security. While this study was specific to the PICT region, areas with few domestic alternatives to global supply chains, he noted, are vulnerable to similar threats to food security when shocks to the system occur.

With their remote locations, lack of arable land and economies dependent on tourism and need for food imports, the PICTs have become reliant on movement in and out of the region for much of the food they consume and also for the money to purchase that food.

But even with commerce slowing down, these countries and territories need not suffer food scarcity and malnutrition, the researchers said. The PICTs are home to large networks of coral reefs that host a diverse array of fish and other seafood.

“Coral reefs should operate as biodiverse, living refrigerators for coastal communities, sourcing replenishable, nutritious food,” Eurich said. “Coastal communities can and should be able to depend on traditionally-sourced diets if the resource is healthy.”

In fact, the time is ripe to reconsider the role of local production in the region’s food systems, according to the researchers. For instance, some areas with farmland could benefit by reinvigorating their production of root crops, which would not only decrease reliance on the global supply chain, but also provide healthy alternatives to imported processed foods.

Meanwhile, a shortening of the supply chain via strong intraregional trade could strengthen the regional economy while also protecting against food insecurity. Significant local processing and storage challenges must be overcome, according to the paper, and intra-island transport and food distribution strengthened. Particularly in the PICT region, where large scale local fish storage is currently inadequate, it helps to prioritize production of less perishable foods (like root crops) over fish, Eurich said.

It’s not just about pandemic planning. The same principles for resilient food systems in the face of climate change and natural disaster — both of which the PICTs have been facing — could serve as a basis for response to other COVID-19-type scenarios, according to the researchers.

“Climate change and natural disasters can be considered shocks to the system,” Eurich said. “The pandemic, while there was time to prepare, was still a shock. We have learned that enhancing storage, production and distribution through coordination and increasing regional transparency are keys of a resilient supply chain when these unexpected changes occur.”