Protecting lives and livelihoods from disasters in Tajikistan 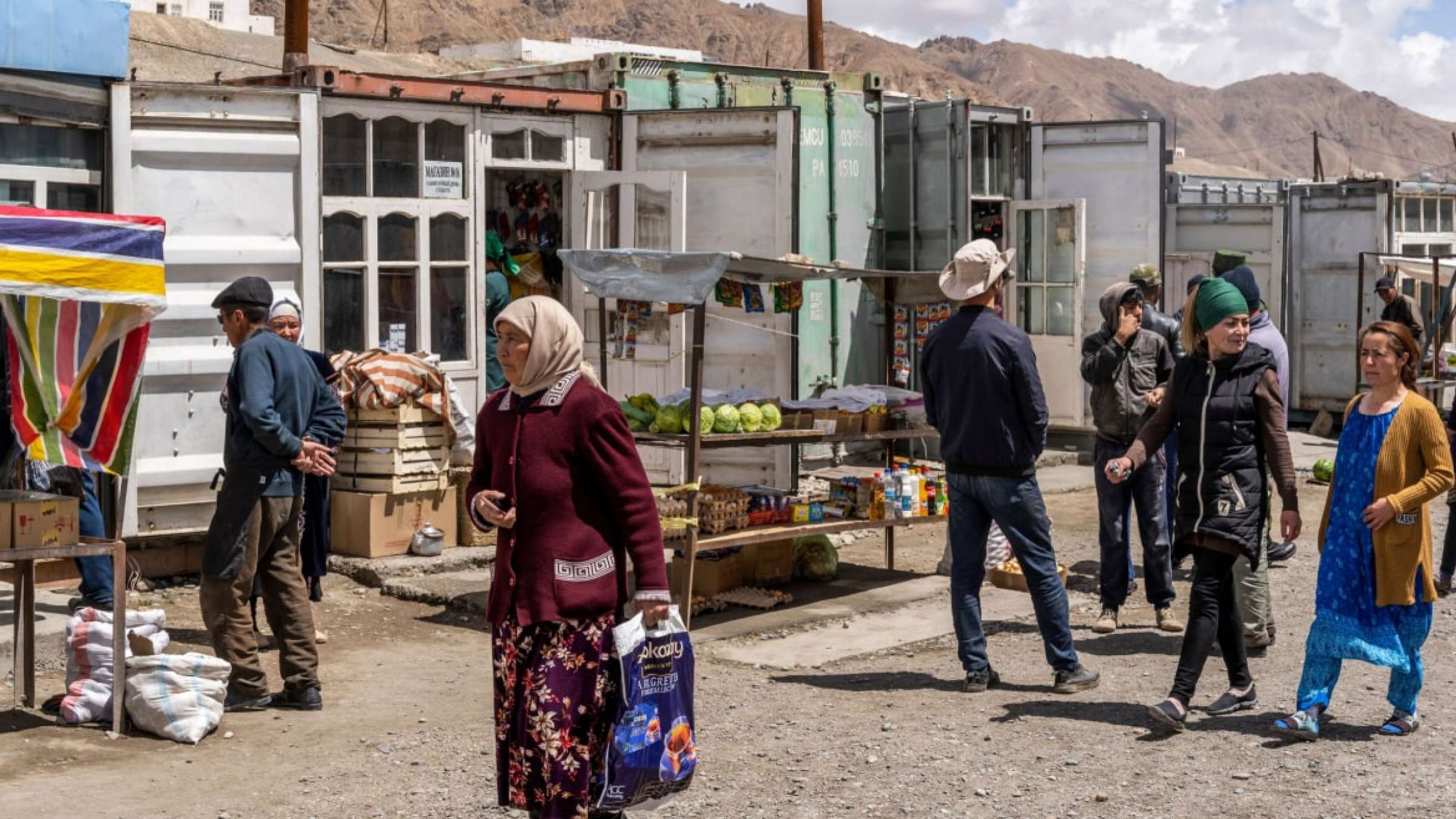 Tajikistan’s southern Khatlon region, which shares a border with Afghanistan, is both the country’s most populated and poorest region. It is home to two major rivers, the Panj and Vakhsh, and their multiple tributaries, making the region vulnerable to seasonal floods and mudflows.

Bozor Giyeev, who lives in the Vose district of Khatlon, says that floods occur regularly in the area. In 1992 his village, at the confluence of the Yakhsu and Surkhob rivers, was almost completely washed away. “There is no sleep for village residents during spring and summer seasons, when water levels rise. Everyone fears for their families and homes,” says Bozor.

Given its high mountain terrain, geology, climate and hydrological features, Tajikistan is highly prone to natural disasters and has a long history of severe floods, earthquakes, landslides, mudflows, avalanches, droughts, and heavy snowfalls. The social and economic impacts from such disasters are significant and remain a persistent obstacle to poverty reduction and sustainable development.

Climate change is expected to exacerbate this, with Tajikistan facing more intense glacier melting and extreme weather events. It ranks first in terms of vulnerability to climate change in Europe and Central Asia.

In 2017 the World Bank allocated a credit of $25 million and a grant of $25 million to Tajikistan to help protect lives and livelihoods from natural disasters, increase resilience to climate change and strengthen local capacity to manage disaster risk. With this support, Tajikistan is rebuilding key infrastructure in two regions, Khatlon and Gorno-Badakhshan Autonomous Oblast (GBAO), which suffered major floods and mudflows in July 2015.

The Mehrobod village of Vose is located along the Surkhob river. It was among the first villages to benefit from World Bank-financed riverbank reinforcement works.

“For many years, the Surkhob river was a constant threat to us. We organized volunteer groups and were on duty day and night afraid of floods,” says local teacher, Khairullo Abdulloev. “Now that the riverbanks along our village were rebuilt, we can live peacefully. We are grateful to the Government and World Bank for not leaving us alone with this problem."

In Tajikistan, with most of its infrastructure—including irrigation channels, river embankments, roads, bridges, and dams—built in the Soviet era, investment needs are serious as deteriorating infrastructure increases the population’s vulnerability to extreme weather events and disaster risks.

In Javrez, another village located along the river, riverbank rehabilitation is helping protect roadways. According to Saidsho Saifiddinov, a local driver, the village’s road was constantly flooded when water levels rose.

“We have not seen any damage for the past two years. Our children can now be safe while going to school,” says Saidsho.

Investments financed by the World Bank protected thirty-seven villages, like Javrez and Mehrobod, at risk of flooding in the Khatlon region.

The Gorno-Badakhshan Autonomous Oblast (GBAO)—Tajikistan’s most remote and mountainous area that shares a border with China—has also benefited from infrastructure investments. Transportation networks in this region are crucial not only because the M41 route in the area is Tajikistan’s only link to China, but because many rural communities in GBAO depend on roads, bridges, and other infrastructure to stay connected to services and to travel to markets.

Roziya is a primary school teacher in Chikhokh village of GBAO’s Vanj district. She recalls times when an old pedestrian bridge was the only way in and out of her community.

“We carried a sick person to a neighboring village on foot and then transported him to the district center’s hospital by car. Vehicles could not access Chikhokh,” says Roziya.

“Today, we have this new bridge, which can be used by cars. Pedestrians, including children are safe as they use a separated sidewalk on the bridge,” adds Roziya. “We are very thankful for this.”

The investments in GBAO have also created new employment opportunities for locals. Bahovaddin Asoev works as road specialist at one of the bridge construction sites in GBAO.  He says that for over three years now he has an income thanks to the project.

“Local people are working at construction sites and are earning a living, so they do not have to migrate for work. We are thankful to the World Bank for this opportunity,” adds Bahovaddin.

With project support, a total of 17 bridges damaged by floods and mudflows in July of 2015, were rebuilt to be more resilient than before, following the principle of “build back better.” In both Khatlon and GBAO, the World Bank investments in infrastructure have benefited over 650,000 people.

“New or existing infrastructure must be designed with consideration for expected climate change impacts and improved technical guidelines, otherwise future extreme weather events and related hazards will likely put roadways, bridges, and other facilities at further risk,” says Daniel Kull, Project Team Leader at the World Bank. “While the additional costs of making such critical infrastructure more resilient are not necessarily high, it requires knowledge of modern design and engineering approaches. The World Bank is able to deliver both the necessary financing and modern good practice to increase resilience, working to better protect lives and livelihoods in Tajikistan.”