Technologies developed in a national CSR award-winning watershed project in India have helped over 20,000 farmers in southern India conserve 200,000 m3 of water and earn higher incomes through alternate livelihood options. The project has a scale-out potential of more than 45 million ha in rainfed regions and can double the incomes of more than 70 million farmers in India using a holistic and sustainable model. The approach works across the agriculture for development value chain and was tested in some of the most challenging environments and situations.

The Power Grid Corporation of India, as part of its corporate social responsibility, supported ICRISAT in an initiative to improve productivity and livelihoods of farmers in the watershed at Bethamcherla mandal in Kurnool district of Andhra Pradesh and develop it as an exemplar site for replication.

The gains recorded from the project listed below give an idea of the extent of benefits and its replication potential in similar agro-ecologies that face frequent spells of drought and erratic rainfall.

Low cost of ponds can help a maximum number of farmers with limited resources (tandfonline). Apart from the farm ponds, big community ponds and other water harvesting structures including check dams, percolation tanks, rock-filled dams, loose boulder structures proved effective in increasing water availability and irrigation area by around 25%, which not only increased productivity, but also the area under high-value crops such as vegetables and fruit plants.

The diagnosis of widespread micronutrient deficiencies in farmers’ fields (Figure 2) helped to promote need-based inputs with benefits of 10-50%, and similarly, productivity improvement with improved crop varieties. With the strengthened water and soil resources, farmers were able to improve livelihoods through other activities such as fodder cultivation, livestock-related activities and kitchen gardens for household nutrition and income-generation activities. http://oar.icrisat.org/10951/1/Chapter%2010_CSR-Book-Published-2018.pdf 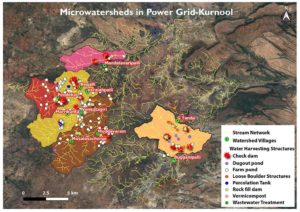 Map of the watershed location and interventions

On an average, farmer incomes in the watershed increased by more than 60% (and doubled for around 25-30% farmers) in the post-watershed scenario after six years.

The watershed region comprising of four villages, is home to around 20,000 people (4,100 households) with 71% of them being small farmers, 20% medium farmers and only 9% of them large landholding farmers. The average annual rainfall in the watershed area is about 675 mm. Out of a total geographical area of about 6,500 ha, around 3,000 ha is under cultivation. Farmers primarily grow maize, groundnut, pigeonpea and sorghum.

Results from this project have underlined the effectiveness of the strategies and call out for a scaling out to greater numbers of farmers in larger regions with the same strategies and technologies so successfully employed here. 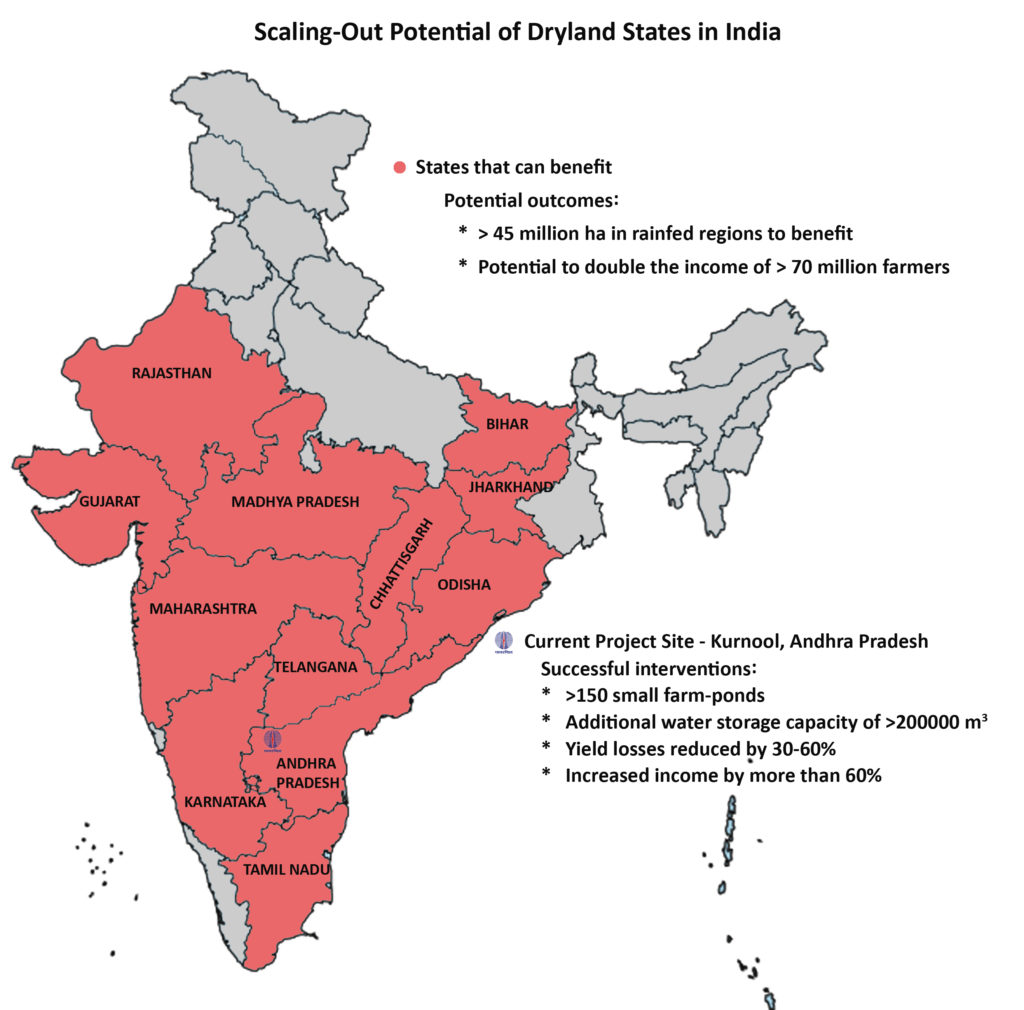