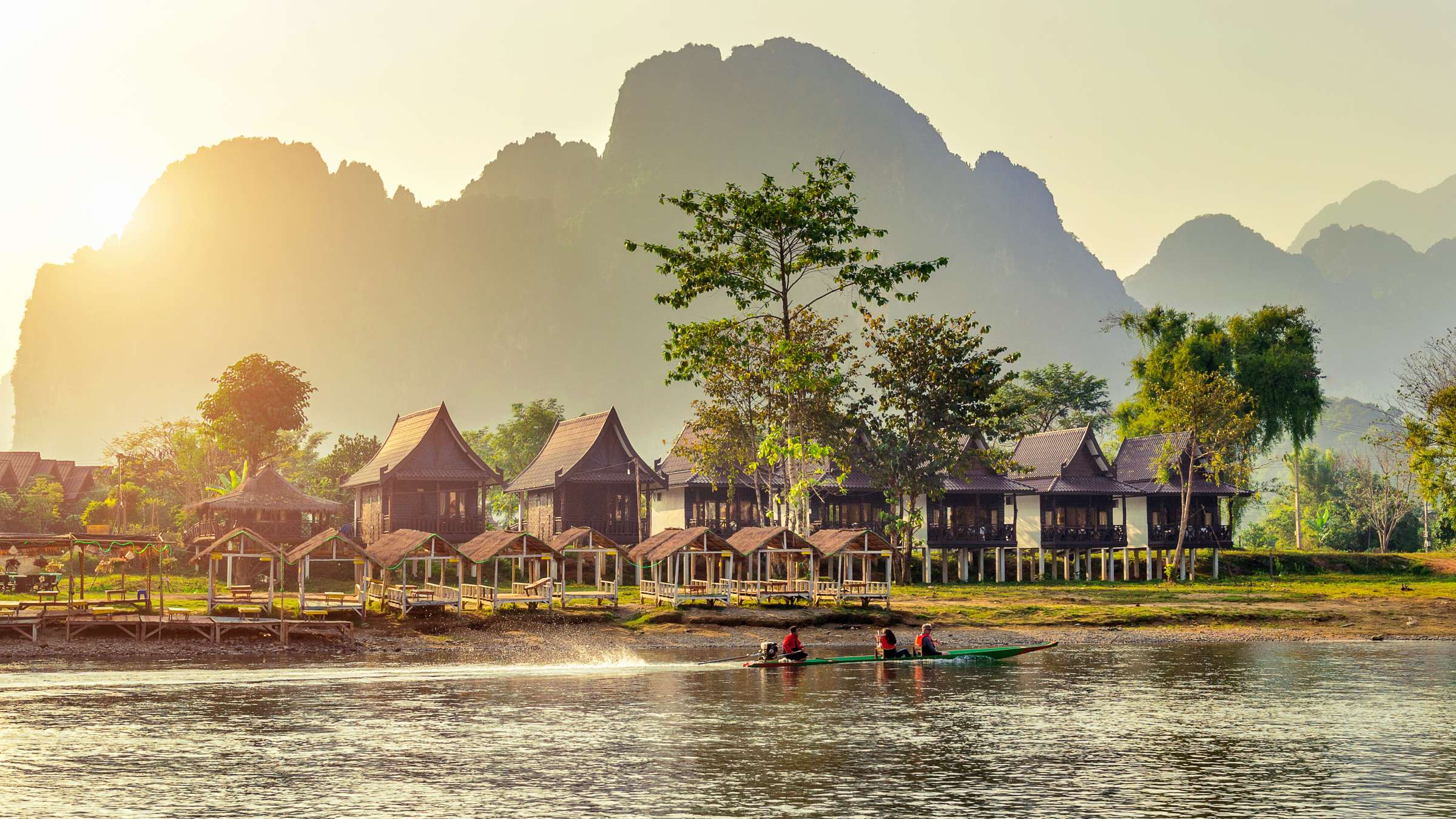 With national and international partners assembled, a new four-year project was officially launched at a virtual event, on Monday 4 October 2021, to strengthen multi-hazard early warning systems in Cambodia and the Lao People’s Democratic Republic.

The project, with a $5.5 million budget, is funded by the Climate Risk and Early Warning Systems (CREWS) Initiative and aims to reduce the impacts of disasters caused by hazards by increasing the utilization of early warning and risk information.

“We hope this project helps the countries move in the right direction, bringing them one step forward to having effective early warning system up and running by addressing some of the key gaps and needs that may remain in their national setups,” said Mr. John Harding, Head of the CREWS Secretariat.

Due to their tropical location, both countries are exposed to a range of hazards, including droughts, floods and storms, all of which are being exacerbated by climate change.

Ms. Sekkenes noted that the country’s population is thinly spread over a large area with poor infrastructure connections, and includes various ethnicities who speak different languages. These challenges make it difficult to get warning messages and assistance to at-risk groups.

“This project is very useful for our country and especially our department because it will improve and upgrade our staff’s knowledge and skills,” said Ms. Outhone Phetluangsy, Director-General of the Lao Department of Meteorology and Hydrology.

In 2020, severe floods and landslides, triggered by consecutive storms, caused disasters in parts of Vietnam, Cambodia, and Laos. The transboundary nature of many hazards means that these countries can all benefit by sharing information to mobilize preparedness and response plans and local authorities are better aware of the potential impacts they are exposed to ensure at-risk communities can act on the warnings once received.

For any early warning system to be effective, it is critical that the “last mile” gap be closed through partnerships between groups who can relay warnings to the people at risk. These groups include the media, local authorities, and communities on the ground.

This was highlighted by Ms. Choem Pov Roka, a Commune Chief in Battambang Province, Cambodia, who revealed that in her area frequent meetings are held with community members, including women and girls, to ensure the sharing of warnings and preparedness planning as they are received.

Cambodia has already made improvements to its early warning system, including in partnership with the United Nations Development Programme and the World Meteorological Organisation (WMO). However, challenges remain. “We still face capacity challenges, especially on the technology needed to receive and analyse real-time information and then send out warnings,” said Mr. Mao Hak, Director of Cambodia’s Ministry of Water Resources and Meteorology.

The project’s capacity building and support will be delivered by the three implementing partners behind the CREWS Initiative: WMO, the World Bank Global Facility for Disaster Reduction and Recovery (GFDRR) and the UN Office for Disaster Risk Reduction (UNDRR).

“We hope that Cambodia and Lao PDR are going to benefit from this initiative and will be in a better position when we conclude this project, which will provide better and earlier warnings, contribute to science-informed adaptation, and build resilience within the countries,” said Mr. Filipe Lucio, Director of the WMO Regional Strategy Office.

This year Cambodia has met the criteria for graduating from the list of the world’s least developed countries, while Laos is recommended for graduation in 2026. To ensure that their development gains are not lost to disasters, both countries need to continue to build their resilience. Enhancing early warning systems and international cooperation is essential to this.

“In general, we need to increase international cooperation and support for developing countries, and especially for Least Developed Countries and Small Island Developing States. This is a key target agreed to in the Sendai Framework,” said Mr. Marco Toscano-Rivalta, Chief of UNDRR Regional Office for Asia and the Pacific.

An important point in the structure of the project is ensuring that early warning systems are designed in an inclusive way, so that women and all levels of society are able to benefit. This leads to better hazard forecasting and more anticipatory responses to disasters.

“A major concern is how end-to-end systems are set up and operated. It’s important that we engage all stakeholders actively in the process, with a whole-of-society approach,” said, Mr. David Rodgers, Senior Hydro-meteorological Advisor at the World Bank.

The CREWS project will seek to address current gaps across the pillars of the early warning systems in Cambodia and Lao PDR: Risk Knowledge, Hazard Monitoring, Forecasting and Warning Services, Dissemination and Communication and Response Capability. Results are expected in the following areas:

For more information on the CREWS Cambodia and Lao PDR project, visit here.