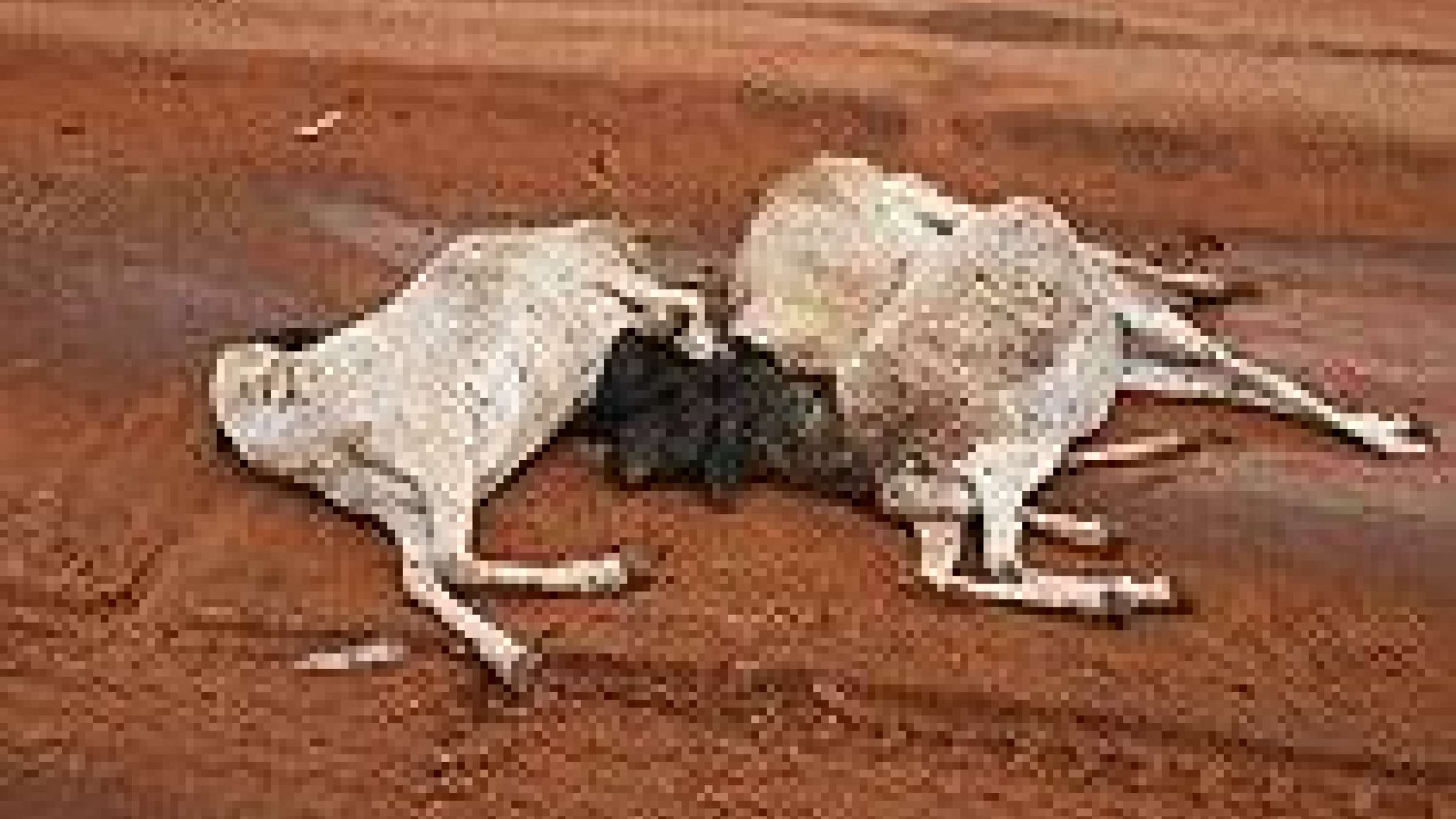 Nairobi - A severe drought ravaging the arid and semi-arid parts of the Horn of Africa region is threatening the livelihoods of pastoral communities, with massive livestock deaths recorded amid an increase in deadly conflict over resources.

Pastoralists depend on livestock for all their basic needs and any losses undermine their economic and food security. Livestock sales are often used to buy grain and lack of milk and meat contribute to high malnutrition levels.

"The value of livestock – people’s main assets in many of the worst affected areas – has plummeted and livestock markets have collapsed, so people have much less purchasing power than before. People’s livelihoods have already been decimated, but there is now also a real risk of large-scale loss of life,” warns Oxfam in a 1 July statement, adding that in some parts of Kenya and Ethiopia, at least 60 percent of the herds have perished.

The perception that emergency relief often does not appreciate the importance of saving livestock assets in emergencies has prompted the development of initiatives such as the Livestock Emergency Guidelines and Standards (LEGS), the equivalent of SPHERE in humanitarian circles. LEGS aims at improving relief programming with communities that rely heavily on livestock for their social and economic well-being.

According to a December 2010 International Livestock Research Institute (ILRI) report, interventions to support livestock, such as supplementary feeding and commercial destocking (among recommended actions in LEGS), should be implemented before livestock are so weak they die.

In the 2008-2009 Kenyan droughts, truckloads of dead and dying heads of livestock were common.

“Supplementary feeding needs to target breeding stocks with sufficient time so that they stay healthy," states the ILRI report. "Conflict resolution to enable pastoralists to move to key grazing areas needs to be done in advance, before large numbers of animals need pasture. Late interventions are costly and unhelpful."

The weak condition of livestock has meant that the surviving cattle, for instance, have a far lower market value than normal – up to 40 percent less in parts of Kenya, says Oxfam, adding that “pastoralists in Somalia have also reported that their animals are now worth less than half of their value in late 2010”.

An oversupply of cattle in parts of Somalia due to destocking and restocking of small ruminants through cattle selling in Garissa, Kenya, meant that cattle prices were still 21 percent less in Somalia than in 2010, stated a 20 June Food Security and Nutrition Analysis Unit – Somalia (FSNAU) brief.

Increased camel exports - 7 percent of total livestock from January to May compared with 2 percent over the same period in 2010 at the Bossaso port - is an additional indicator of stress selling in drought-affected pastoral areas, notes FSNAU.

Northern Kenya, Somalia and southern Ethiopia, which are predominantly pastoral regions, are among the areas most affected by the drought. In Somalia, at least 65 percent of the population depends on the livestock sector; because of the effects of the drought, more people are sliding into food hunger and poverty.

FSNAU estimates that at least 2.85 million people are facing food insecurity in Somalia, a 19 percent increase from January. In Kenya, the food-insecure population is estimated at 3.5 million.

Large livestock migration from northeastern Kenya and Somalia's arid areas of southern Gedo to Juba and Bay regions in southern Somalia may lead to early depletion of pasture and water in these regions, according to FSNAU.

According to the UN Office for the Coordination of Humanitarian Affairs (OCHA Kenya), subsidizing livestock markets, commercial livestock destocking and destocking for meat sales remain priority concerns in northern Kenya.

A government-run buy-back programme has been halted in some parts due to a lack of funds.

"The amount of money allocated was small considering the large population of livestock in Isiolo, Marsabit and Moyale," Zachary Nyanga, the Upper Eastern director of livestock, told IRIN.

Nyanga said KSh37.7 million (about US$419,000) allocated in April had been used to buy 13,000 goats and sheep from herders but the funds ran out in May. He said the programme would resume once additional funding, which has since been allocated, was received.

According to a local aid worker, who requested anonymity, government and aid organizations’ activities in livestock emergency response had to be coordinated. "The whole [off-take] programme was a failure from the beginning; the government was buying animals at a higher price than us,” the aid worker said.

The government was offering about KSh3,000 ($34) for a goat/sheep, while NGOs were offering half that.

In addition, the programme did not target cattle, which are worst affected by the drought.

"My intention was to sell my 40 [head of] cattle, save the money in a bank and then buy livestock [with the money] after it rains," said Peter Lepertet from the Wamba area of Samburu in the north. “I was also only allowed to sell four goats but I have more than 150 [sheep and goats]; it is meaningless.”

Wario Jirma, a resident from Marsabit district, northern Kenya, said: “We are losing livestock, [our] source of livelihood. The issue is very serious.”

In some areas, pasture, grazing land and migration routes that have traditionally been used in emergencies are no longer available, having been sold off, or allocated for tourism and large-scale agriculture. This has undermined pastoralists’ ability to cope with recurrent drought, notes Oxfam.

In Kenya, at least 113 people were killed in clashes over resources between January and end-May, against 106 deaths in the same period in 2008, 138 in 2009, and 68 in 2010. According to OCHA Kenya, the high 2008 and 2009 killings occurred during above-normal dry conditions, similar to the present situation.

Conflict- and drought-related displacement has also affected education. At least 10 schools in Isiolo, Samburu and Turkana areas in the north have been closed.

"Hundreds of children have quit learning, many have moved with their parents to look for pasture, some have been displaced by a lack of water,” said Dade Boru, the Isiolo Teachers’ Union Executive Secretary. Livestock deaths and the resultant financial losses have meant parents are unable to raise school fees.

A local leader from the Oldonyiro area of Isiolo, Nicholas Lesokoye, said insecurity had affected business activities too and there were fears of more conflict. "We have received reports that a large number of armed herders have arrived and are still streaming in towards Isiolo," he said.

With drought known to be an ever-present hazard in the dry lands of East and Central Africa, relief programming should focus on the whole drought cycle, including normal and recovery periods, rather than just alert and emergency, states the ILRI report. This is because “any given area or community is... always in some phase related to current, recent or impending drought”.