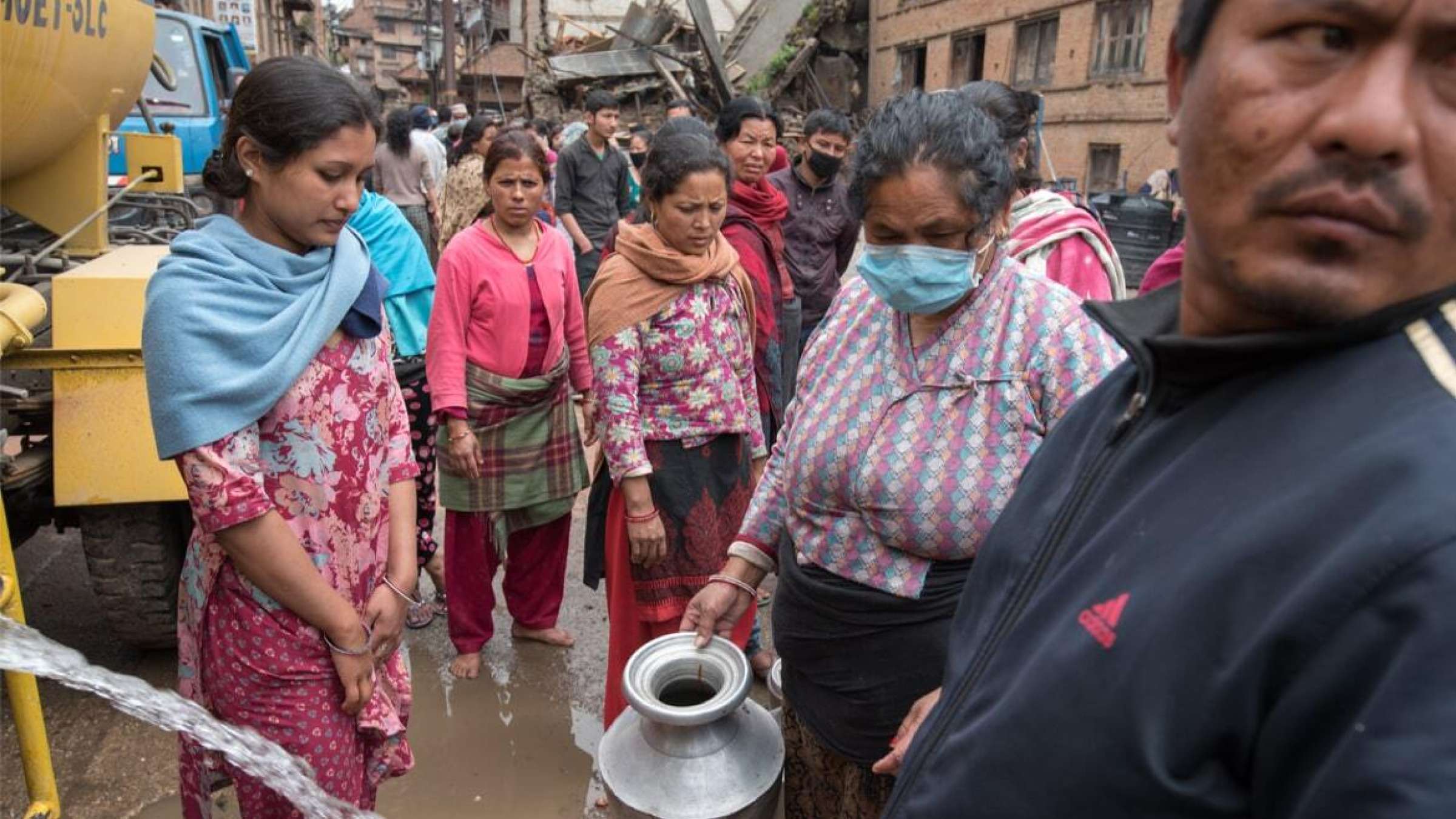 Most comprehensive study to date on water storage in Tibetan Plateau projects dramatic losses of freshwater storage in parts of Asia by mid-century under modest climate policy scenario.

The Tibetan Plateau, known as the “water tower” of Asia, supplies freshwater for nearly 2 billion people who live downstream. New research led by scientists at Penn State, Tsinghua University and the University of Texas at Austin projects that climate change, under a scenario of weak climate policy, will cause irreversible declines in freshwater storage in the region, constituting a serious threat to the water supply for central Asia, Afghanistan, Northern India, Kashmir and Pakistan by the middle of the century.

“The prognosis is not good,” said Michael Mann, distinguished professor of atmospheric science at Penn State. “In a ‘business as usual’ scenario, where we fail to meaningfully curtail fossil fuel burning in the decades ahead, we can expect a substantial — that is, nearly 100% loss — of water availability to downstream regions of the Tibetan Plateau. I was surprised at just how large the predicted decrease is even under a scenario of modest climate policy.”

According to the researchers, despite its importance, the impacts of climate change on past and future terrestrial water storage (TWS) — which includes all the above- and below-ground water — in the Tibetan Plateau have largely been underexplored.

“The Tibetan Plateau supplies a substantial portion of the water demand for almost 2 billion people,” said Di Long, associate professor of hydrologic engineering at Tsinghua University. “Terrestrial water storage across this region is crucial in determining water availability, and it is highly sensitive to climate change.”

To fill these knowledge gaps, the team used ‘top-down’ — or satellite-based — and ‘bottom-up’ — or ground-based — measurements of water mass in glaciers, lakes and below-ground sources, combined with machine-learning techniques to provide a benchmark of observed TWS changes over the past two decades (2002 to 2020) and projections over the next four decades (2021 to 2060).

Mann explained that advances in Gravity Recovery and Climate Experiment (GRACE) satellite missions have provided unprecedented opportunities to quantify TWS changes at large scales. Yet, previous studies have not explored the sensitivity of GRACE solutions using independent, ground-based data sources, leading to a lack of consensus regarding TWS changes in the region.

“Compared to previous studies, establishing consistency between top-down and bottom-up approaches is what gives us confidence in this study that we can accurately measure the declines in TWS that have already occurred in this critical region,” he said.

Next, the researchers used a novel neural net-based machine-learning technique to relate these observed changes in total water storage to key climate variables, including air temperature, precipitation, humidity, cloud cover and incoming sunlight. Once they ‘trained’ this artificial neural net model, they were able to look at how projected future changes in climate are likely to impact water storage in this region.

Among their results, which published today (Aug. 15) in the journal Nature Climate Change, the team found that climate change in recent decades has led to severe depletion in TWS (-15.8 gigatons/year) in certain areas of the Tibetan Plateau and substantial increases in TWS (5.6 gigatons/year) in others, likely due to the competing effects of glacier retreat, degradation of seasonally frozen ground, and lake expansion.

“Our study provides insights into hydrologic processes affecting high-mountain freshwater supplies that serve large downstream Asian populations,” said Long. “By examining the interactions between climate change and the TWS in the historical period and future by 2060, this study serves as a basis to guide future research and the management by governments and institutions of improved adaptation strategies.”

Indeed, Mann added, “Substantial reductions in carbon emissions over the next decade, as the U.S. is now on the verge of achieving thanks to the recent Inflation Reduction Act, can limit the additional warming and associated climate changes behind the predicted collapse of the Tibetan Plateau water towers. But even in a best-case scenario, further losses are likely unavoidable, which will require substantial adaptation to decreasing water resources in this vulnerable, highly populated region of the world.”

Mann noted that more alternative water supply sources, including intensified groundwater extraction and water transfer projects, may be necessary to meet the amplified water shortage in the future.

Other Tsinghua University authors on the paper include Xueying Li, Xingdong Li, Fuqiang Tian, Zhangli Sun, and Guangqian Wang. Bridget Scanlon, senior research scientist at the University of Texas at Austin, also is an author.

The National Natural Science Foundation of China and the Second Tibetan Plateau Scientific Expedition and Research program supported this study.