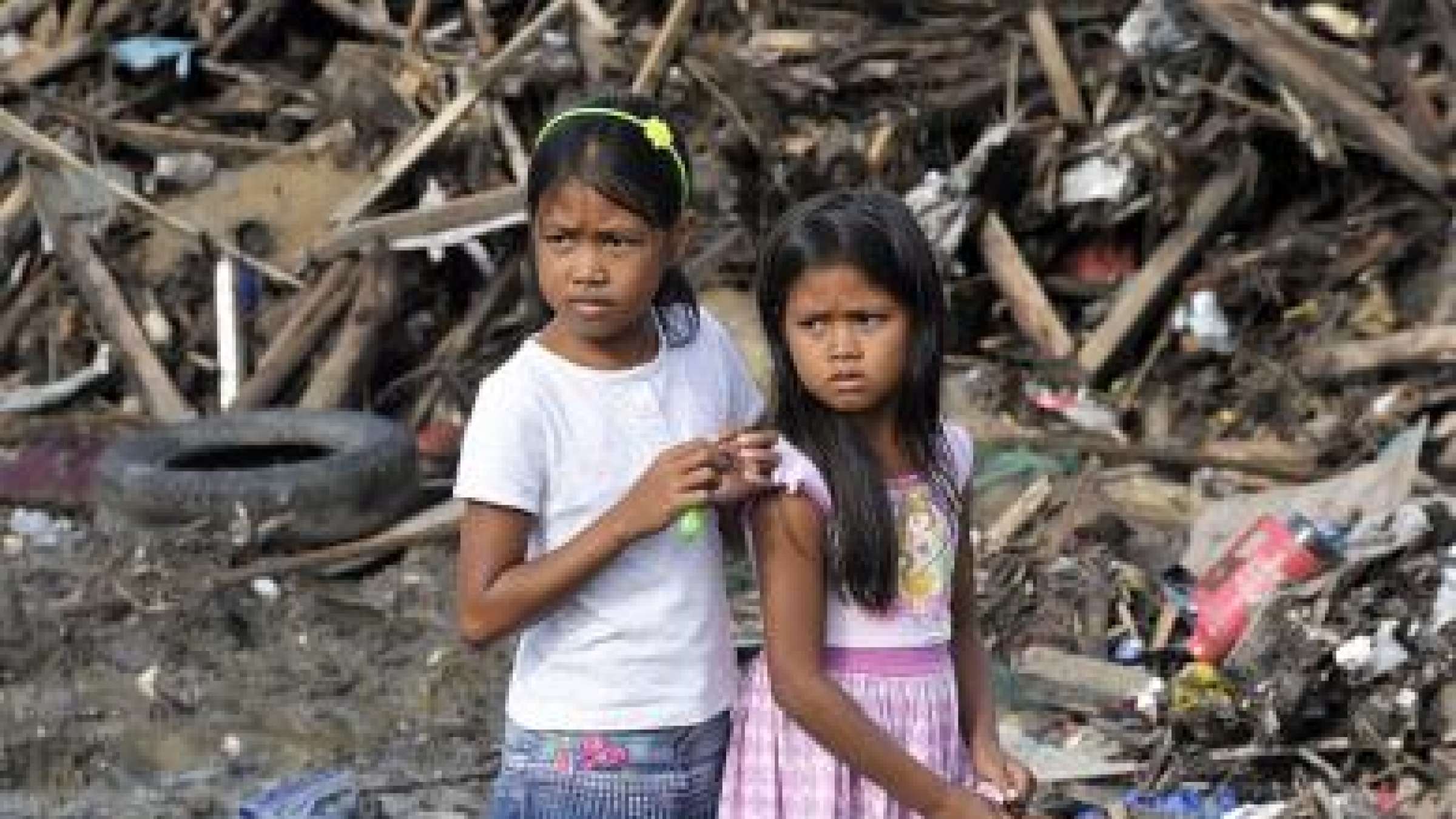 Barcelona - Governments meeting in Paris next week must agree a strong new deal to curb global warming because they owe it to the world's children, with hundreds of millions highly exposed to the impacts of climate change, the U.N. children's agency said.

Nearly 530 million children live in extremely flood-prone areas, the vast majority in Asia, including over 300 million in countries where half or more of the population is poor, UNICEF said in a report ahead of the two-week Paris climate talks.

Nearly 160 million children live in parts of the world that suffer severe drought, over half of them in Africa, and more than 115 million are in places at high or extremely high risk of tropical cyclones, it added.

Countries have already promised to try to limit global warming to 2 degrees Celsius, to avoid the most damaging future effects of worsening extreme weather and rising seas.

But national plans to curb planet-warming emissions, made ahead of the Paris conference, are not enough to meet that goal.

"We know what has to be done to prevent the devastation climate change can inflict. Failing to act would be unconscionable," UNICEF's executive director, Anthony Lake, said in a statement.

The agency's report said scientific projections showed "the more ambitious the action taken to reduce emissions, the more children will be saved from the worst effects of climate change".

"We must also deal with the impacts of the carbon already emitted into the atmosphere. Children are already feeling the effects of climate change," the report said. "We need to prepare now to help make the world's children as resilient as possible."

Severe weather conditions harm children by increasing malnutrition and spreading diseases that are major killers, including malaria and diarrhoea, the UNICEF report said.

"A child deprived of adequate water and sanitation before a crisis will be more affected by a flood, drought, or severe storm, less likely to recover quickly, and at even greater risk when faced with a subsequent crisis," it added.

UNICEF called for the needs of the most vulnerable people, including children, to be prioritised in efforts to adapt to climate change, as well as measures to protect those displaced by disasters or inhospitable environments.

Children should also receive education and training on climate change, and be allowed to play a central role in helping address it, the report said.

The draft text of the agreement to be hammered out by negotiators at the Paris conference, known as COP21, says governments should respect and take into account the needs of children, among other vulnerable groups, when tackling climate change.

It also reaffirms the "crucial importance of education" and other forms of public awareness-raising.

"We owe it to our children - and to the planet - to make the right decisions at COP21," Lake said.