Homes are flooding outside FEMA’s 100-year flood zones, and racial inequality is showing through 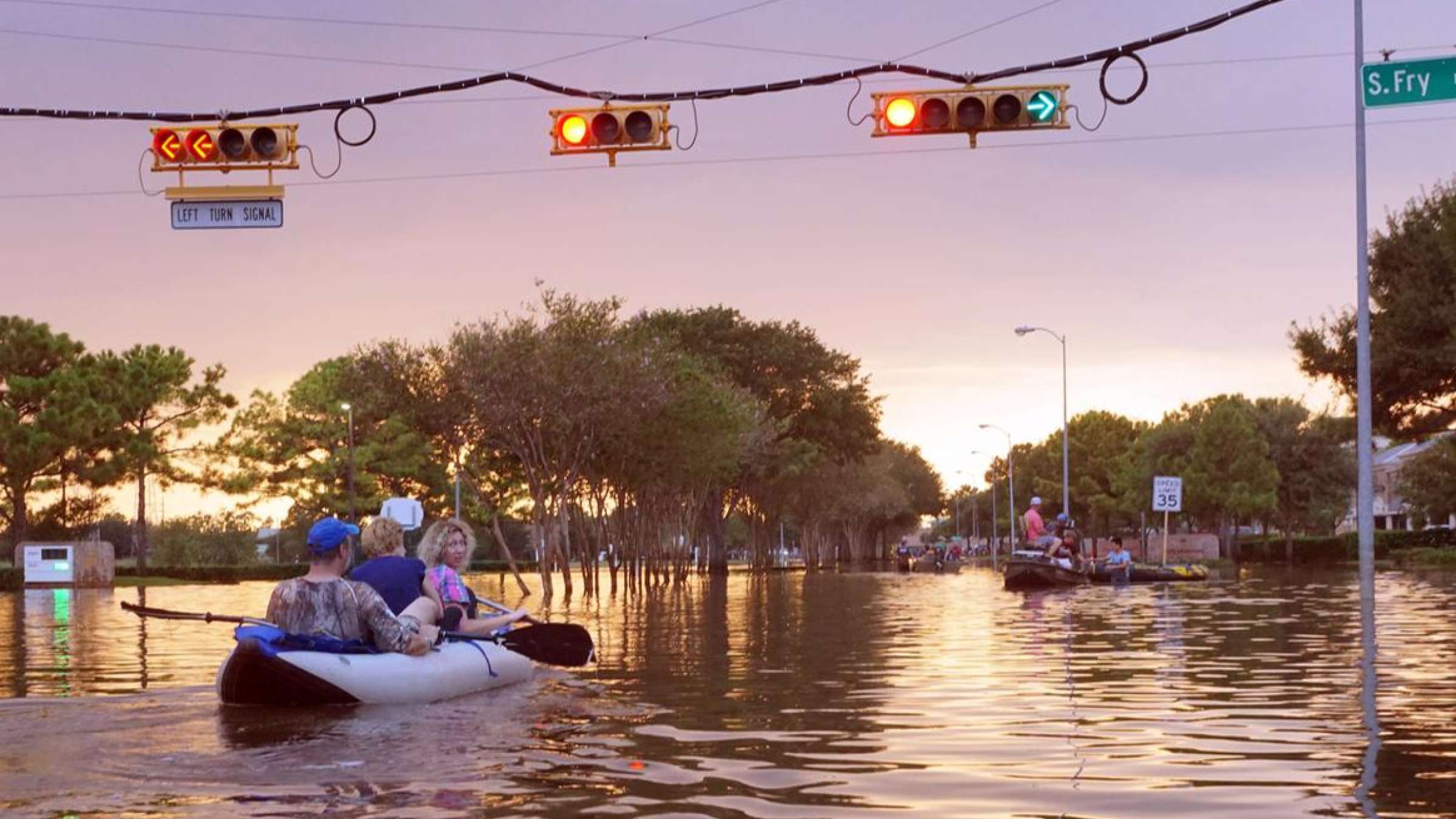 When hurricanes and other extreme storms unleash downpours like Tropical Storm Beta has been doing in the South, the floodwater doesn’t always stay within the government’s flood risk zones.

New research suggests that nearly twice as many properties are at risk from a 100-year flood today than the Federal Emergency Management Agency’s flood maps indicate.

Unfortunately, many of the people living in those properties have no idea that their homes are at risk until the floodwaters rise.

I am a sociologist who works on disaster vulnerability. In a new study, I looked at the makeup of communities in Houston that aren’t in the 100-year flood zone, but that still flood. What I found tells a story of racial disparities in the city. Research in other cities has shown similar flooding problems in predominantly Black and Hispanic neighbourhoods.

Poor stormwater infrastructure, expanding urbanization and limited flood mitigation efforts are a few of the reasons why.

Flooding outside the zones

About 15 million Americans live in FEMA’s current 100-year flood zones. The designation warns them that their properties face a 1% risk of flooding in any given year. They must obtain flood insurance if they want a federally ensured loan – insurance that helps them recover from flooding.

In Greater Houston, however, 47% of claims made to FEMA across three decades before Hurricane Harvey were outside of the 100-year flood zones. Harris County, recognizing that FEMA flood maps don’t capture the full risk, now recommends that every household in Houston and the rest of the county have flood insurance.

One of those models, from the First Street Foundation, estimates that the number of properties at risk in a 100-year storm is 1.7 times higher than the FEMA maps suggest. Other researchers find an even higher margin, with 2.6 to 3.1 times more people exposed to serious flooding in a 100-year storm than FEMA estimates.

Urbanization matters because impervious surfaces – think pavement and buildings – are not effective sponges like natural landscapes can be. Moreover, the process for updating floodplain maps is locally variable and can take years to complete. Famously, New York City was updating its maps when Hurricane Sandy hit in 2012 but hadn’t finished, meaning flood maps in effect were from 1983. FEMA is required to assess whether updates are needed every five years, but the majority of maps are older.

Second, binary thinking can lead people to an underaccounting of risk, and that can mean communities fail to take steps that could protect a neighbourhood from flooding. The logic goes: if I’m not in the 100-year floodplain, then I’m not at risk. Risk perception research backs this up. FEMA-delineated flood zones are the major factor in shaping flood mitigation behaviours.

As the planet warms, extreme storms are becoming more common and severe. If greenhouse gas emissions continue to increase at a high rate, computer models suggest that the chances of a severe storm dropping 20 inches of rain on Texas in any given year will increase from about 1% at the end of the last century to 18% at the end of this one, a chance of once every 5.5 years. So far, FEMA hasn’t taken into account the impact climate change is having on extreme weather and sea-level rise.

Racial disparities in flooding outside the zones

Years of research and evidence from storms have highlighted social inequalities in areas with a high risk of flooding. But most local governments have less understanding of the social and demographic composition of communities that experience flood impacts outside of flood zones.

In analyzing the damage from Hurricane Harvey in the Houston area, I found that Black and Hispanic residents disproportionately experienced flooding in areas beyond FEMA’s 100-year flood zones.

With the majority of flooding from Hurricane Harvey occurring outside of 100-year flood zones, this meant that the overall impact of Harvey was racially unequal too.

Research into where flooding occurs in Baltimore, Chicago and Phoenix point to some of the potential causes. In Baltimore and Chicago, for example, ageing storm and sewer infrastructure, poor construction and insufficient efforts to mitigate flooding are part of the flooding problem in some predominantly Black neighbourhoods.

What can be done about it

For example, First Street Foundation’s risk maps account for climate change and present ratings on a scale from 1 to 10. FEMA, which works with communities to update flood maps, is exploring rating systems. And the National Academies of Sciences, Engineering and Medicine recently called for a new generation of flood maps that takes climate change into account.

Including recent urbanization in those assessments will matter too, especially in fast-growing cities like Houston, where 386 new square miles of impervious surfaces were created in the last 20 years. That’s greater than the land area of New York City. New construction in one area can also impact older neighbourhoods downhill during a flood, as some Houston communities discovered in Hurricane Harvey.

Improving risk assessments is needed not just to better prepare communities for major flood events, but also to prevent racial inequalities – in housing and beyond – from growing after the unequal impacts of disasters.