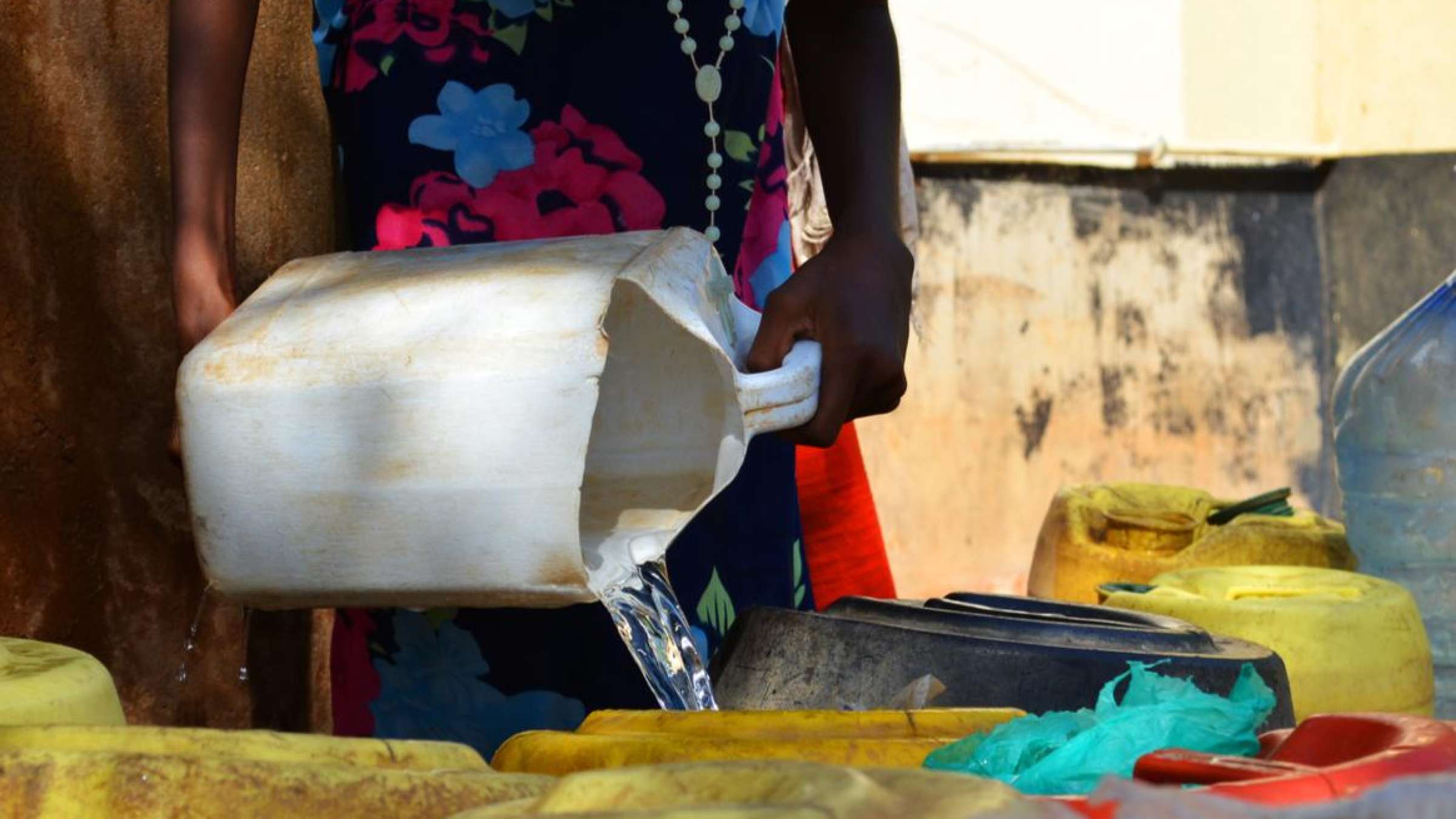 By Edward Indakwa and Elizabeth Wamba

Most parts of Kenya’s Laikipia and Kajiado counties are semi-arid. In the old days, these were sparsely populated stomping grounds for wildlife and the pastoralist Maasai and their livestock.

But in recent decades, human populations have soared with land use shifting to urban and rural settlements, and arable and commercial farms mainly for horticulture and floriculture. Livestock numbers have increased too, even as pasture shrinks due to human settlement and changes in land use.

As a result, there simply isn’t enough water for everyone. Underground water, the last recourse for downstream communities, is a finite resource requiring heavy capital investment beyond the means of pastoralists who need water the most – especially during dry seasons when water, or lack thereof, becomes a matter of life and death.

For people in these two semi-arid counties, global warming and climate change are real life changing and threatening phenomena.

Here, like in most parts of the horn of Africa, droughts are now more recurrent, severe and prolonged. Longer droughts destroy pasture and dry up water points, forcing pastoralists and wildlife to migrate upstream, which leads to conflicts with farmers and pastoralists and between humans and wildlife.  Meanwhile, upstream farmers pump too much water from the drying blue lifelines for irrigation, worsening an already dire situation downstream.

It doesn’t help that the rains, when they come, are progressively heavier, causing massive floods and destroying property, water catchments and river water harvesting infrastructure.

How do we stem the tide?

Tim Hobbs, a commercial farmer who also chairs Mount Kenya Growers Group, says the connection between people upstream and those downstream is distant.

“A lot of sensitisation is needed to cement an understanding that what happens upstream affects the pastoralist communities downstream,” says Hobbs.

Elizabeth Nassi of Indigenous Movement for Peace Advancement and Conflict Transformation (Impact), one of the civil society organisations that has partnered with Wetlands International partner on community resilience in Northern Kenya’s semi-arid areas, believes livelihood projects such as kitchen and vertical gardens, chicken farming and bee keeping can help pastoralists to cope with the ravages of climate change.

“Counties that share transboundary water resources also need common regulations to avoid or at least reduce conflict. The Ewaso Ng’iro River, for instance, is both a unifying factor and a source of conflict,” she says.

But ultimately, how communities in water stressed areas cope with climate change depends on their ability to harvest and store water during the rainy season and the efficiency with which the water is consumed during the scarcity season.

Laikipia County Government Deputy Director in Charge of Water, Godfrey Mambo, says storage dams are needed on River Likii to harvest water during the rainy seasons for use in times of scarcity. In addition, the resource should be supplemented with boreholes in the Mount Kenya and Aberdare forests and dams downstream desilted to ensure water availability throughout the year for pastoral communities and their livestock.

Regulations requiring irrigation farmers to establish bulk 90-day water storage facilities would also ensure that they have sufficient water to last three months during the dry seasons to allow river water to flow downstream. Education and awareness would help them to shift to more efficient irrigation systems to save water and invest in drought resistant and high value crops.

At individual level, families need to invest in rain water harvesting infrastructure such as tanks and earth dams. Other than saving water for use during prolonged droughts, they can keep fish in the dams to boost family incomes and improve diets.

In the outskirts of Nanyuki town in Laikipia County, Tim Hobbs’ Tambuzi Farm grows roses and summer flowers for export and also engages in livestock and fish farming, bee keeping and sustainable forestry.

The farm uses 1,000 cubic metres of water a day. The greenhouses collect rainwater which is channelled into dams and lagoons. All run off is collected into a 20-acre dam with a spill over into the Burguret River, which means the farm can withstand 90 days of drought without need to pump water from the river.

In the same county, EMU Sacco, a community-based cooperative group enables members to be water secure by borrowing affordable loans dubbed Maji Chap Chap to install water harvesting infrastructure. Once the infrastructure is installed, water for household use is harvested and stored in tanks while the excess is channelled into water pans for irrigation and livestock use. This is the first and only water sacco in Kenya.

And finally, in Kajiado, Penina Tombo, 65, has organised women in her community into a 300-member cooperative group for milk production. They pool resources to improve the quality of their livestock herd and preserve pasture. Apart from kitchen gardens, which are a novelty among the pastoralist Maaasai, the women also harvest water from the roofs of their houses into tanks and water pans for use during dry seasons.

While scientists and business and political leaders across the globe mull over big decisions regarding global warming and climate change, innovative interventions are urgently needed at the local level in water-stressed areas. These include diversification to secure livelihoods, water harvesting and storage and efficient utilisation of this finite, life-sustaining resource.