Working on a warmer planet: The impact of heat stress on labour productivity and decent work 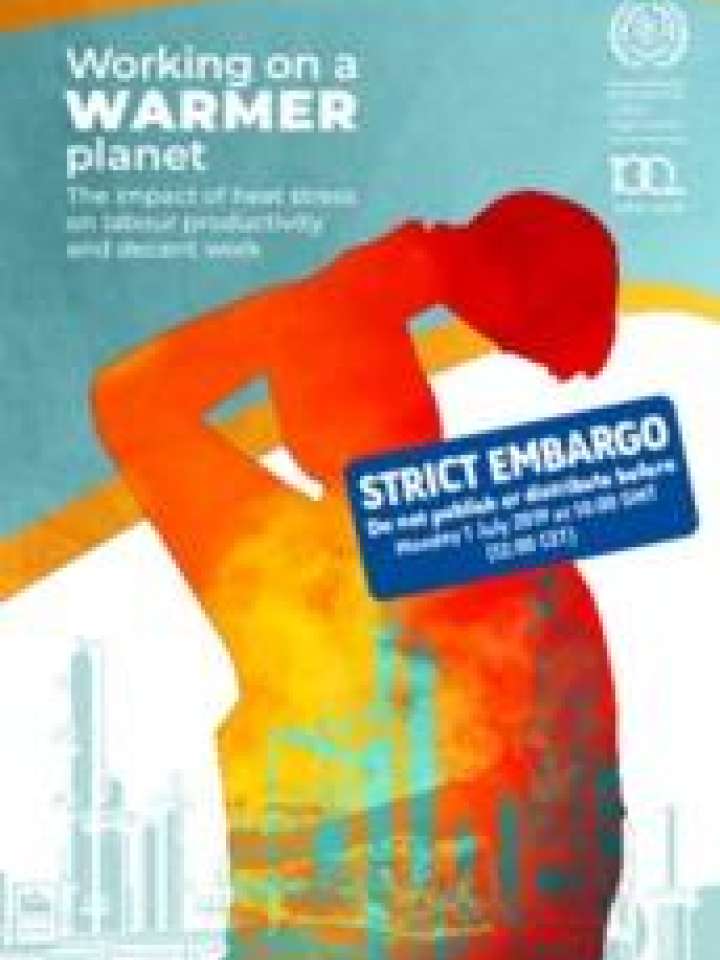 Climate projections point towards an increase in the frequency and intensity of extreme weather events, and one result of this trend is the loss of jobs and productivity. The rise in global temperatures caused by climate change will also make the phenomenon of “heat stress” more common. Heat stress refers to heat received in excess of that which the body can tolerate without suffering physiological impairment.

This report finds that projections based on a global temperature rise of 1.5°C by the end of the twenty-first century, and also on labour force trends, suggest that, in 2030, 2.2 per cent of total working hours worldwide will be lost to high temperatures – a productivity loss equivalent to 80 million full-time jobs. The economic losses due to heat stress at work were estimated at US$280 billion in 1995; this figure is projected to increase to US$2,400 billion in 2030, with the impact of heat stress being most pronounced in lower-middle- and low-income countries.

Moreover, the report reveals that the impact of heat stress is unevenly distributed geographically, with the expected reduction in working hours in 2030 amounting to around 5 per cent in both Southern Asia and Western Africa. Agricultural and construction workers are expected to be the worst affected, accounting for 60 per cent and 19 per cent, respectively, of working hours lost to heat stress in 2030. Moreover, heat stress exacerbates inequality and contributes to the displacement of people. The report also explores employment and labour market policies, with particular focus on adapting to heat-related hazards through international labour standards and tripartism, as well as complementary mitigation efforts to reduce heat-related hazards.