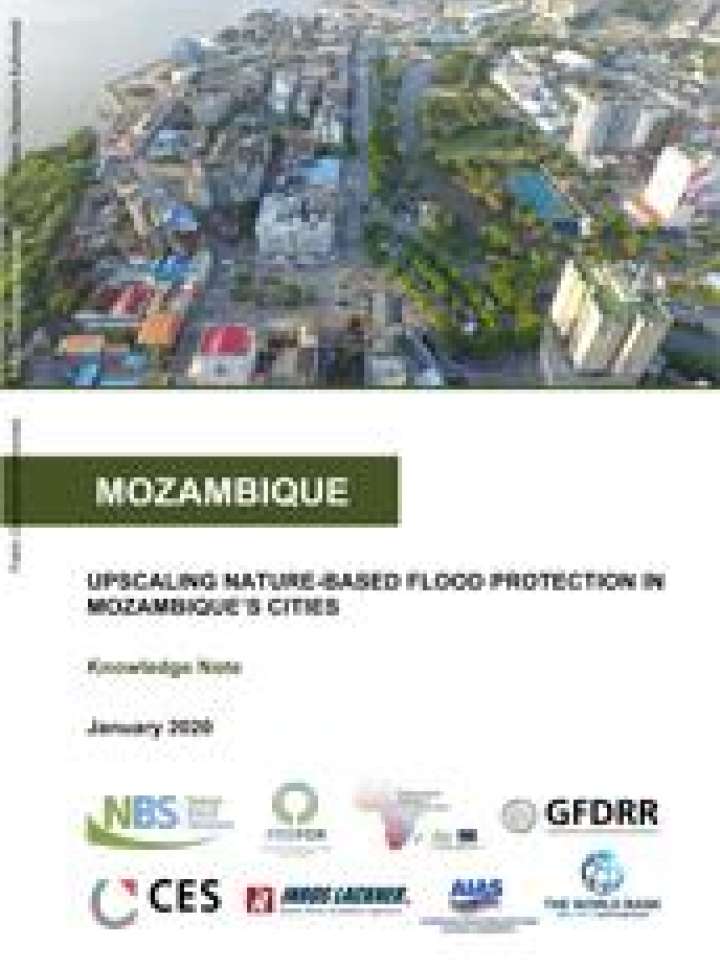 Mozambique is one of the countries most exposed to coastal and river flooding in Africa. It is also among the countries most vulnerable to current and future climate risk. The World Bank has been active in providing emergency recovery after hydrometeorological disasters in Mozambique and has increasingly been supporting the Government in increasing climate resilience at municipal and regional levels. While traditional infrastructure-based interventions still make up most of the global financing to improve urban resilience, the application of nature-based solutions is gaining momentum. Nature-based solutions are interventions that harness the ability of natural or nature-based features, such as bioswales, wetlands, and mangroves, to meet development goals, such as the reduction of natural hazards, while simultaneously providing environmental, economic, and social benefits. One of the first nature-based urban flood management interventions supported by the World Bank, with funds from the Pilot Program for Climate Resilience (PPCR), and by the German Cooperation through the KfW Development Bank is the Green Urban Infrastructure (GUI) intervention in Beira, Mozambique. A first phase to restore the natural drainage capacity of the Chiveve River, a 3.5 km long tidal river flowing through Beira’s central business district and low and medium-income residential neighborhoods, was completed in December 2016 with financing from the German Cooperation. Building on this, activities that are being implemented as part of the Mozambique Cities and Climate Change Project (3CP) with financing from both PPCR and KfW focus on further restoring the river’s ecosystem (in particular, its mangroves and other natural habitat on the river banks) and upgrading the run-down space surrounding the river as a green urban park, while also unleashing its potential as a recreational amenity. To maximize results from nature-based projects, such as GUI, it is important to review the benefits for urban flood risk management as well as lessons learnt in their implementation and explore how such approaches can be best adjusted and scaled up to other cities in Mozambique and other countries. In addition to a review of lessons learnt in Beira, two other cities in Mozambique were selected to understand how nature-based approaches could be used to inform future investments to increase urban resilience to flooding and erosion. These were Quelimane, in the Zambezi Province, and Nacala, in Nampula Province. The Mayor of Nacala warned that erosion in the city is becoming alarming, not only threatening its residents but also the future of Nacala as a deep-water port, because of the sediments accumulating in the access channel and in the port itself. In Quelimane, flood risks increased particularly due to the uncontrolled cutting of mangrove trees, leading to a loss of the city’s natural protection against storm surges and tides as well as to an extensive, irreversible salinization of coastal waters.