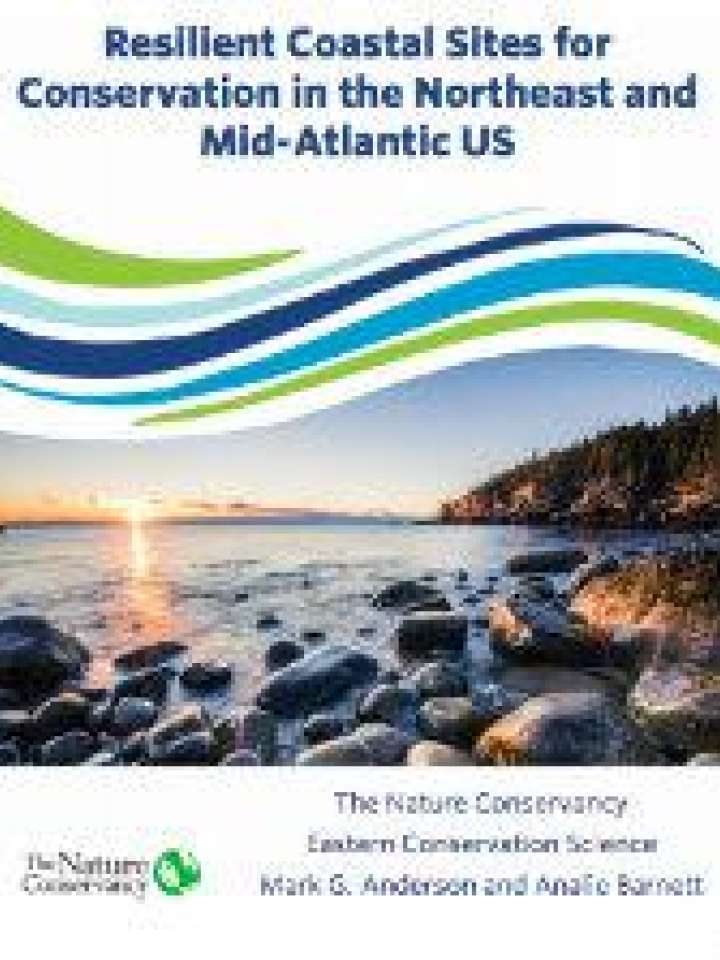 This study assesses the coastal region of nine Northeast U.S. states, estimates the relative resilience or vulnerability of over 10,000 coastal sites, and identifies the ones most likely to support biological diversity and ecological functions under multiple scenarios of sea level rise. The results are summarized in this report and available via the accompanying data, web site, and map service.

Coastal wetlands are critical to the productivity and diversity of marine ecosystems and to the human economies they support. The Northeast and Mid-Atlantic regions of the US include thousands of coastal wetlands, with the shoreline characterized by salt marshes, tidal flats, beaches and dunes, and a wide variety of river deltas, sounds, inlets, and estuaries. Yet many coastal counties are experiencing significant population growth, and with estimates of sea level rise projected up to six feet by the next century, it is likely that many wetland habitats and their ecosystem services will be lost. The characteristics of some coastal wetlands make them more likely to be resilient and remain diverse and productive even as they adjust to climate-induced changes. This project mapped these characteristics and estimated the relative resilience or vulnerability of 10,736 coastal sites from Maine to Virginia.