Ocean at the door: New homes and the rising sea 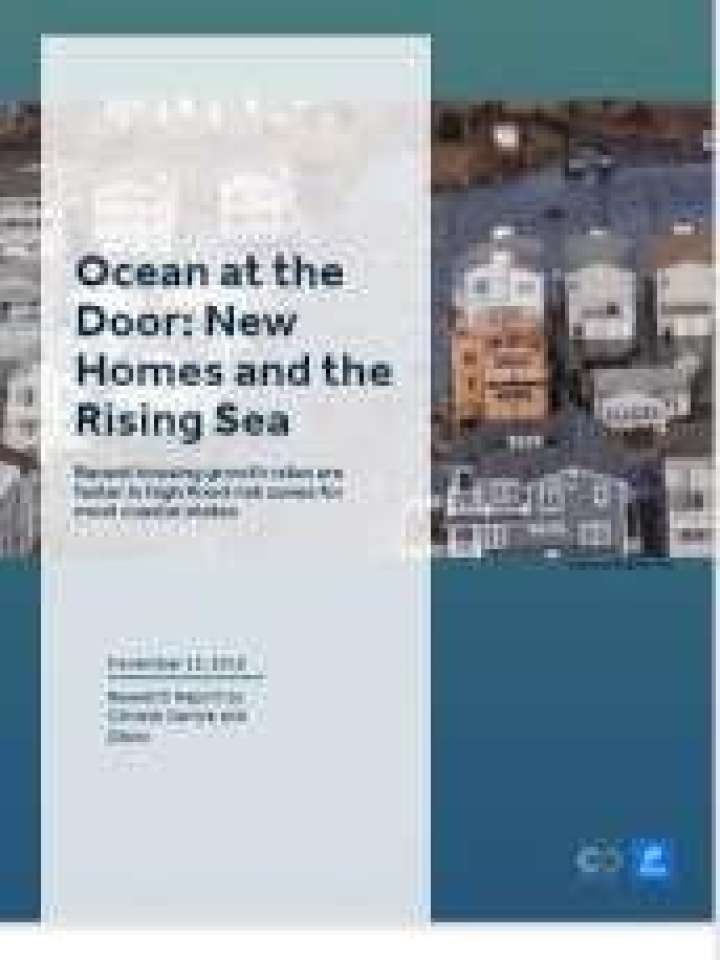 In 2012, Hurricane Sandy slammed into New Jersey, producing a major storm surge and damaging or destroying many thousands of homes. Over the years that followed, builders put up new houses and reconstructed damaged ones — in many areas that will be vulnerable to more flooding in the future. The post-Sandy rebuilding was a striking example of a broader pattern. Across the United States, coastal communities have recently built tens of thousands of houses in areas at risk of chronic future flooding driven by sea level rise from climate change. That has put homeowners, renters, and investors in danger of steep personal and financial losses in the years ahead. And while municipalities are increasingly developing plans to cope with sea level rise, the pattern of actual recent construction may be a more robust guide to which places are taking the threat most seriously.

In a country-wide analysis, Climate Central and Zillow have isolated the number of new homes in low-lying coastal areas in all 24 coastal states, projecting how many will become exposed to chronic ocean flooding over the coming decades — depending on what choices the world makes around greenhouse-gas pollution today. The results are clear. If the world makes moderate cuts to greenhouse-gas pollution — roughly in line with the Paris agreement on climate, whose targets the international community is not on track to meet — some 10,000 existing homes built after 2009 will be at risk of flooding at least once per year, on average, by 2050. The figures for 2100 are about three times higher — and five times higher if pollution grows unchecked.