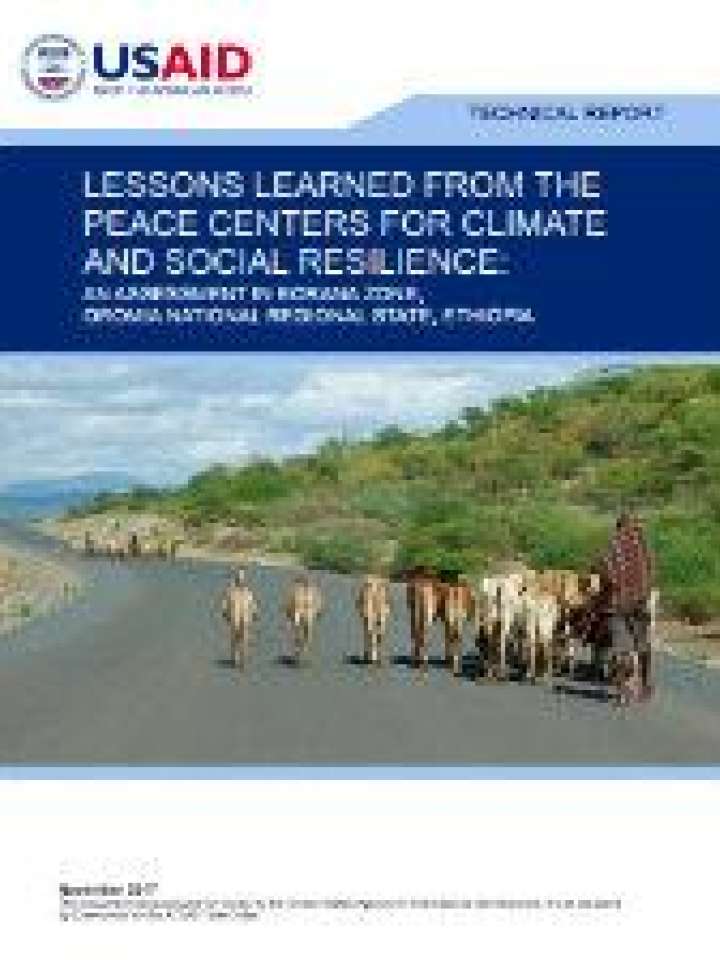 This report provides an assessment of lessons learned from a pilot project in Borana Zone, Oromia National Regional State, Ethiopia, that tests efforts to strengthen climate resilience and their contributions to conflict prevention. Since 2014, the Peace Centers for Climate and Social Resilience (PCCSR) project, funded by USAID and implemented by the College of Law of Haramaya University, has undertaken collaborative activities in pastoral communities in three districts (woredas) in Borana Zone to address community vulnerabilities to climate change and improve communities’ capacity for conflict prevention, mitigation and resolution (PMR).

In recent decades, southern Ethiopia and other arid and semi-arid rangelands in the Horn of Africa have experienced the effects of two related threats: 1) increasingly frequent and severe droughts amplified by climate change, and 2) outbreaks of conflict among pastoralist groups whose access to natural resources has been squeezed by population growth, land development, administrative boundaries, rangeland degradation, and erratic and extreme weather. These threats have potential implications for stability and security in the Horn of Africa. The past decade of research on climate change, environmental stresses and conflict, however, suggests that the effects of climate change on conflict are mediated by many nonclimate factors and are highly contingent.