Heat-related mortality and adaptation to heat in the United States 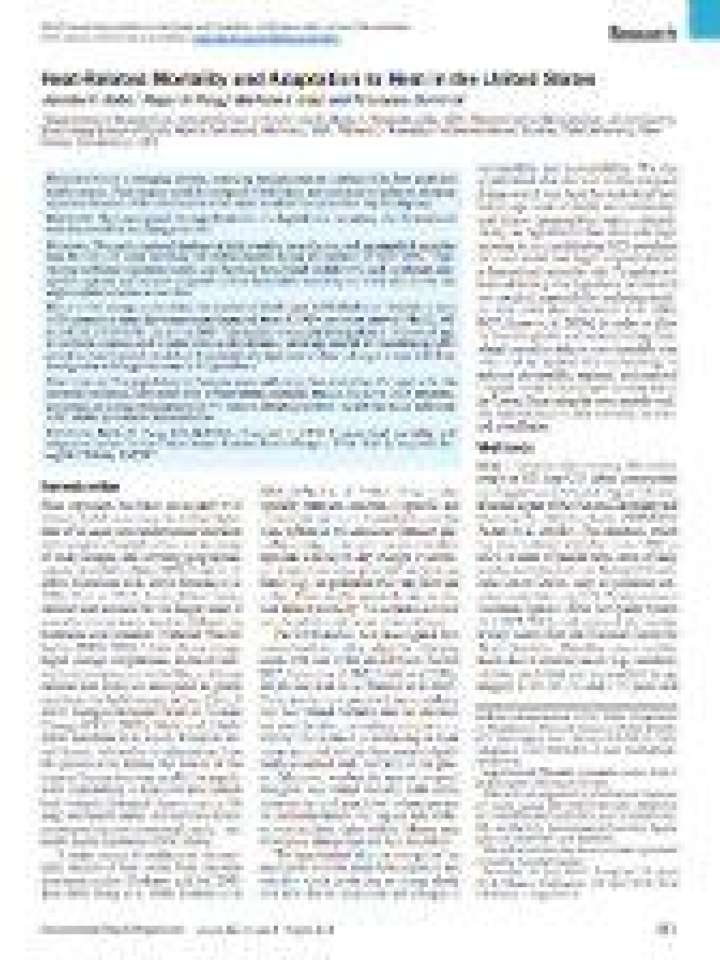 This study investigates whether heat-related mortality is decreasing over time, in the context of adaptation to higher temperatures in the US. This study finds that the population has become more resilient to heat over time. Yet even with this increased resilience, substantial risks of heat-related mortality remain. Based on 2005 estimates, an increase in average temperatures by 5°F (central climate projection) would lead to an additional 1,907 deaths per summer across all cities.

On average across cities, the number of deaths (per 1,000 deaths) attributable to each 10°F increase in same-day temperature decreased from 51 [95% posterior interval (PI): 42, 61] in 1987 to 19 (95% PI: 12, 27) in 2005. This decline was largest among those ≥ 75 years of age, in northern regions, and in cities with cooler climates. Although central air conditioning (AC) prevalence has increased, we did not find statistically significant evidence of larger temporal declines among cities with larger increases in AC prevalence.

This study used a national database of daily weather, air pollution, and age-stratified mortality rates for 105 U.S. cities (covering 106 million people) during the summers of 1987–2005. Time-varying coefficient regression models and Bayesian hierarchical models were used to estimate city-specific, regional, and national temporal trends in heat-related mortality and to identify factors that might explain variation across cities.