Drought and child mortality: a meta-analysis of small-scale surveys from Ethiopia 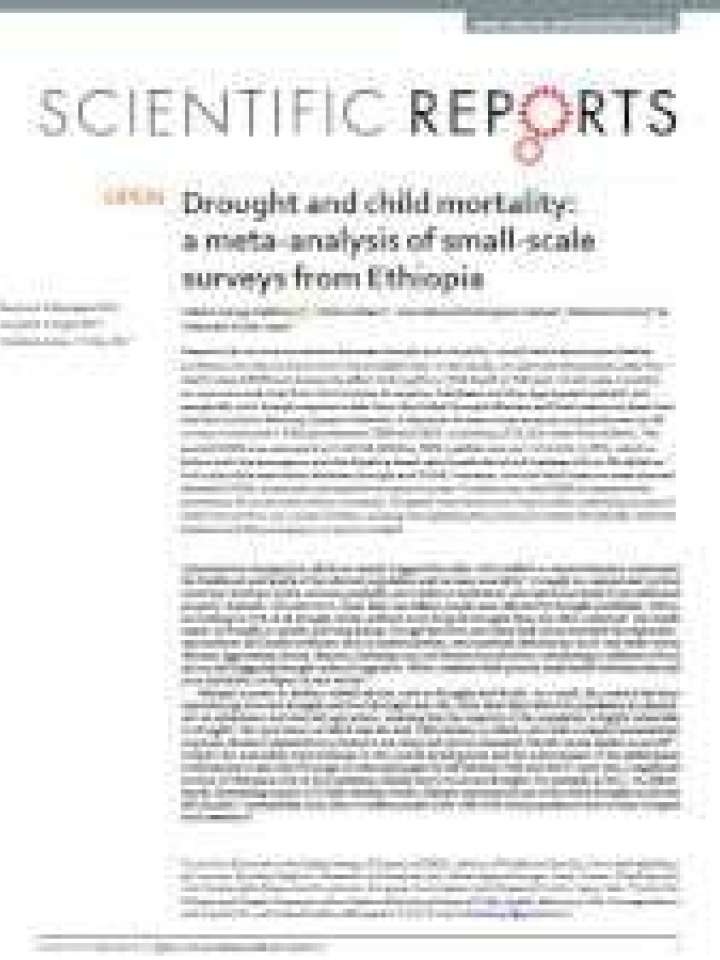 Despite the intuitive connection between drought and mortality, we still lack a sound quantitative synthesis of evidence drawn from the available data. This study evaluates the pooled under-five death rates (U5DR) and assess the effect of drought on child death in Ethiopia.

Small-scale mortality surveys were searched from the Complex Emergency Database and then aggregated spatially and temporally with drought exposure data from the Global Drought Monitor and food insecurity data from the Famine Early Warning Systems Network.

The study failed to find a plausible association between drought and U5DR. However, minimal food insecure areas showed elevated U5DR compared to stressed food insecure areas. Furthermore, the U5DR increases as the prevalence of acute malnutrition increases. Targeted interventions to improve the underlying causes of child malnutrition are crucial. Further, revising and updating the existing mortality thresholds, both the baseline and the emergency, is recommended.