What came after Hurricane Harvey for people with disabilities? 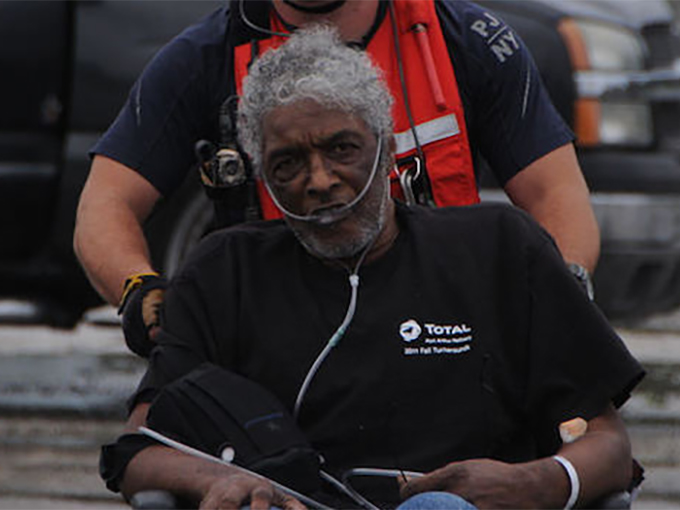 The Center on Disability and Development at Texas A&M University has tracked reports on critical resources needed by people with disabilities since Hurricane Harvey.

This article originally appeared in the Research Counts series on September 21, 2017. It has been updated to reflect changes since its publication and includes an author afterword with insights on the current situation.

As Houston and the 58 disaster-declared counties which surround the city continue with the long process of post-Harvey recovery, important pre-existing inequities have been revealed. The widespread flooding produced by Hurricane Harvey affected approximately 6 million people, including people living with mobility, sensory, cognitive, and mental health disabilities. Given the disability rate in Texas of 25.6 percent, it can be estimated that approximately 1.25 million people with disabilities were directly affected by this disaster.

People with disabilities are more likely to lose their homes, to have property damage, and to die in disasters. They are more likely to be separated from their family members, overlooked by relief volunteers in shelters, and to suffer injuries or health-related complications. Compounding these difficulties, people with disabilities already were more likely to live in poverty, be unemployed, and have limited access to health care before the storm. These factors suggest disaster recovery for these families will take longer and be more complicated on many fronts.

Since Harvey made landfall, the Center on Disability and Development at Texas A&M University has tracked numerous reports about the critical resources needed by people with disabilities. While most people experiencing disaster have the same immediate necessities—food, shelter, and medical attention—those with disabilities can have additional requirements, such ramps in shelters, special formulas for babies, food for assistance dogs, and access to sign language interpreters. Perhaps most commonly needed post-disaster is durable medical equipment such as wheelchairs, walkers, oxygen equipment, and hearing aids.

Conditions in shelters can be particularly challenging for individuals who need accessible toilets and showers or electricity for motorized wheelchairs, ventilators, and cardiac devices. More than 20 percent of individuals with a disability require assistance with self-care or independent living activities such as bathing, dressing, or preparing meals. The widespread impact of Hurricane Harvey means that the home health care aides and family members who normally provide this support may also have been affected, disrupting continuity of care. In addition, services such as physical therapy, speech therapy, dialysis, or medical support were interrupted in the post-Harvey environment.

Rebuilding for Accessibility and Inclusion

Many of the homes lost during Hurricane Harvey by people with disabilities would have had modifications such as ramps, alerting systems, and adapted bathrooms. Similarly, cities and towns lost crosswalks with alert features, buses with wheelchair lifts, dialysis centers, and home health services that enabled people to live in their communities. An estimated 300 schools, most of which provided special education services, sustained damage. To serve these students, special instructional materials and communication devices will need to be replaced and access to special educational records restored.

Past disasters show that people with disabilities will continue to face barriers unless public infrastructure is built back in a way that supports accessibility. Accessibility applies not only to buildings, but also to transportation, communication, education, and healthcare systems. Universal building design principles should be used to build back better so that people with diverse physical, sensory, and cognitive abilities are not differentially threatened by future disasters. Such design often serves other populations too—for instance, ramped entryways facilitate quicker evacuations than stairs.

Although people with disabilities continue to face different difficulties during Hurricane Harvey recovery, they will share the same goals as other survivors—most want to return to their homes, neighborhoods, and towns. However, we need to consider how to redesign and reconstruct those homes, neighborhoods, and towns so that new infrastructure is accessible and inclusive for all of the survivors of Hurricane Harvey, as well as resilient to disasters yet to come.

For these residents, there were a number of pitfalls they faced when seeking shelter. Some informal shelters did not provide adequate accommodations for those with disabilities, such as ADA-compliant restrooms and showers. An after-action report submitted to the Texas Division of Emergency Management revealed that emergency communications, evacuation, and sheltering issues also resulted in inadequate accommodation. Another report found that some assisted living facilities abandoned or neglected their residents during the hurricane, while another report suggests that people with disabilities were inappropriately institutionalized afterwards because of a shortage of accessible housing.

For a list of all the tools included in this special collection, visit the Mass Sheltering Tool Index. A list of further readings are also available.