After a deadly landslide in climate-hit Uganda, survivors sue for action 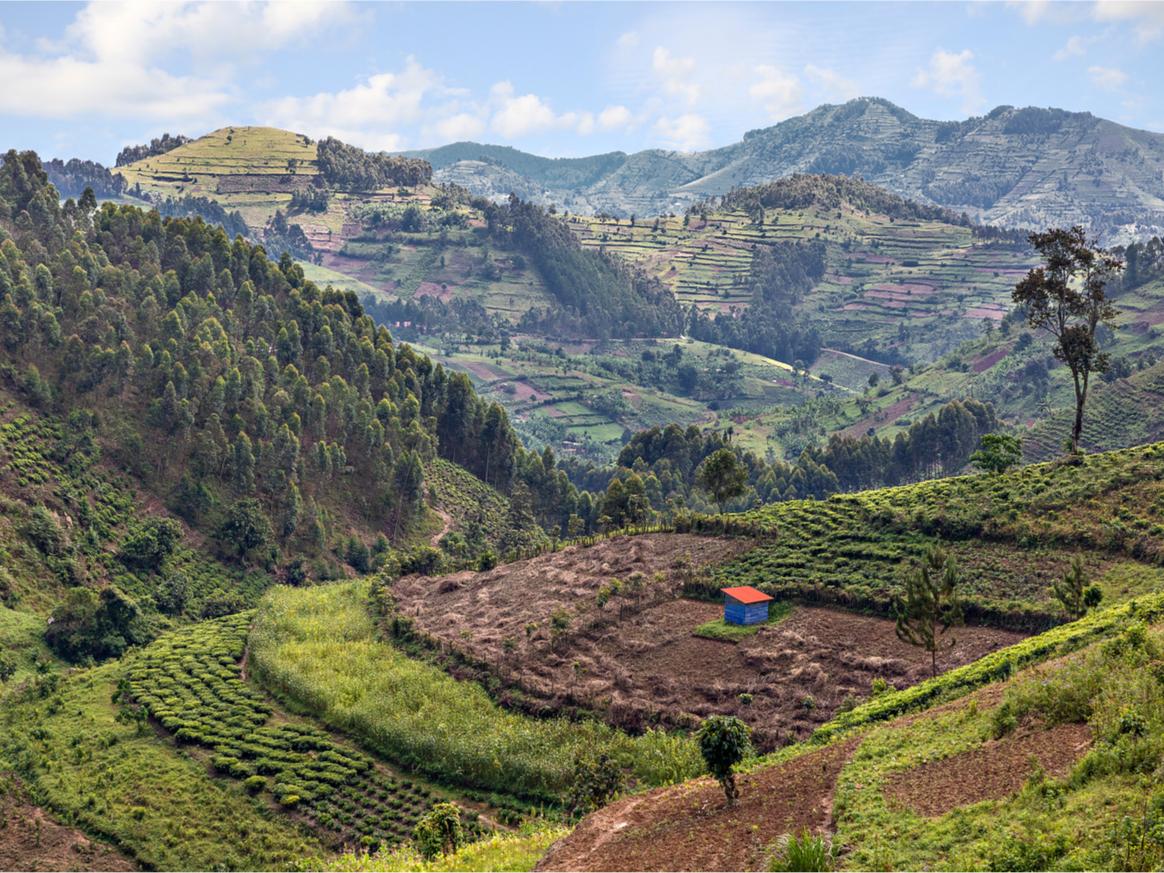 The landslide killed 28 people and destroyed hundreds of homes. Now 48 survivors are taking the government to court for failing to protect them

BUSHIKA, Uganda - For the people of Bushika sub-county in eastern Uganda, December 3, 2019 was the day the ground gave way.

Rain had poured for days, tumbling down the steep hillsides, seeping from the earth, and turning the streams a dirty brown.

Robinah Nandutu remembers looking at a crack that had opened in the path she was walking along. Then, suddenly, she was sliding, mud up to her chest, rocks pounding her back, falling with the land itself.

"I tried to run, but the speed of it was too fast," she said, standing near the gash the landslide left in the hill.

"The shock was so much that I thought I was dead."

The landslide killed 28 people and destroyed hundreds of homes in Bududa district, according to the Red Cross.

Now 48 of the survivors from Bushika are taking the government to court, alleging that it has violated their rights by failing to protect them from landslide risk.

The case, scheduled to open at Mbale High Court on Wednesday, seeks to clarify how and when the government should respond to natural disasters, said April Williamson, a lawyer with ClientEarth, a legal charity based in London that is supporting the lawsuit.

"This is the first human rights claim concerning natural landslides and climate change," she told the Thomson Reuters Foundation in an email interview.

"As such, it has the potential to set a precedent for similarly impacted communities around the world, who will be subject to increasing risks as climate change worsens year after year."

The mountain known to locals as Masaba, and to English speakers as Mount Elgon, climbs into the clouds above Bushika. The oldest record of landslides in the area dates to 1818.

But disasters now strike more frequently. In 2018 the minister for disaster preparedness, Hilary Onek, told parliament that more than 400 landslides had hit Mount Elgon in the preceding decade, adding that climate change, deforestation and population pressure were to blame.

Nandutu's grandmother, Floretina Muyekho, who was swept hundreds of metres down the hill in the 2019 disaster, said there were no landslides when she moved to the area to get married in 1961.

"They've only come recently," she explained.

Locals say rainfall has increased in the area – a claim backed by statistics, including a 2017 study by a group of Kenyan scientists.

"Contrary to northeastern and southwestern Uganda, where rainfall has declined … areas around Mount Elgon, and eastern Uganda in general, have experienced notable increments in rainfall (during wet seasons) over the past three decades," the study noted.

But no-one in Bushika is quite sure why.

"Perhaps it could be God," said Francis Kutosi, chairman of Naposhi village, which was half-obliterated by the landslide. "Perhaps the Judgement Day is coming."

After a 2010 landslide in the same district, which killed over 150 people, the government developed a plan to resettle 100,000 people from high-risk areas nationwide and protect communities from future tragedies through mechanisms such as early warning systems.

But in 2018, after yet another deadly landslide, Ugandan President Yoweri Museveni conceded that resettlement had not progressed as planned.

"I was let down by my people," he told grieving families. "I am here to apologise on their behalf."

Soon afterwards, a parliamentary committee reported that funds earmarked for resettlement had been diverted to other disasters or simply not released.

It also alleged "massive deliberate errors" in the procurement of land meant to house displaced families.

Responding at the time, a junior minister told parliament the land was procured according to the law and following extensive due diligence.

Rose Nakabugo, acting commissioner for disaster preparedness and management, told the Thomson Reuters Foundation that about 7,000 people had so far been resettled from the Mount Elgon area to nearby Bulambuli and to Kiryandongo, 360 km (220 miles) away.

Not everyone wants to move, she added.

"It is normal for a person to get used to where they have been born," she said. "They have their social attachments in those areas. They will show you the graves of their great-grandparents."

But the families who remain are "hanging on the death rope," said Wilson Watira, who until May 18 was chairman of Bududa district council, which is also named as a respondent in the case.

But "the situation cannot be handled by the district, simply because the funding is not there", he said.

In court documents, the plaintiffs accuse the central and local governments of infringing their constitutional rights to life, property and a healthy environment by failing to "put in place effective machinery for dealing with natural disasters".

They say officials failed to resettle people from disaster-prone areas, failed to declare a state of emergency in the area and failed to evacuate residents despite "a clear warning" from government meteorologists about potential landslides in late 2019.

They are seeking an unspecified amount of compensation, payment for the costs of resettlement, and government action to prevent further disasters.

As they wait for the case to begin, the residents of Bushika are trying to rebuild their lives where they are. Women tend banana saplings on the debris where some bodies still lie lost and buried.

Nandutu lost her coffee and banana trees in the landslide. Her children now till the soil because she cannot afford the fees to send them to school.

And whenever the rain falls, she remembers that terrifying moment when the world sank beneath her.

"I cannot even eat and my heart becomes heavy with fear," she said. "I keep on looking up the mountain because I am scared the landslide will come again."

The impact of landslides on household income in tropical regions: a case study from the Rwenzori Mountains in Uganda

Landslides mar the “Pearl of Africa”